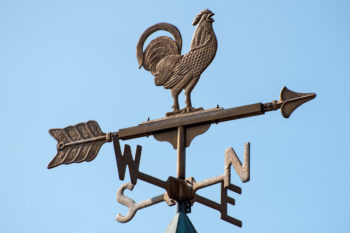 Recently I was asked to compile a summary of prophetic words about Israel for this interval of time. The compilation, reprinted below, will be presented at an international, prophetic round table taking place this month. Please bear in mind that most or all matters described are conditional, depending to varying degrees on the prayers of God’s people.

Israel and the nations: We are experiencing a rare interval of time in which God is graciously offering nations fresh opportunities, at varying levels, to align with His Word and heart for Israel. This is not solely to bless Israel, but equally as much for nations to posture themselves for blessing in the years ahead. This remains a key matter for prayer.

Many churches will be given grace to adjust their theologies pertaining to Israel. In this regard, Holy Spirit has been highlighting Isaiah 2:1-3. As the international Kingdom of God takes new form, an unprecedented shift is occurring in the Spirit realm. “The mountain of the Lord’s Temple [is now beginning to] be established as chief among the nations.” God is giving grace at both natural and supernatural levels to align with His Kingdom government because “the law [involving judgment that results in justice is starting to] go out from Zion, the word of the Lord from Jerusalem” in unprecedented ways. Aligning with His government from Zion is to seek first His Kingdom on earth — and to prepare wisely for the stresses of years ahead. This ecclesiastical, Kingdom realignment must include a biblical understanding of Israel on the part of both Gentile and Jewish believers. It will adjust relationships between Messianic Israeli and Christian movements and networks. This will release a greater, more intimate knowledge — and reflection — of God’s love throughout the Body.

Associated with this phenomenon will be a major move of the Holy Spirit in the Middle East, particularly the region referenced in Isaiah 19:23-24.

The State of the Gospel in the State of the Gospel: Historic resistance against Jewish believers in Jesus (Messianic Jews) and those wholeheartedly joined to us, is lessening in key sectors of society. Scattered individuals, including some ultra-religious Jews, are and will continue softening to the Gospel, with more and more coming to faith before long. Israel’s spiritual climate has noticeably changed in the past year. While the country still remains (for now) mostly Gospel resistant, that resistance is significantly lessening, even turning to favor.

Often, new Israeli believers struggle with or reject the notion of discipleship, and before long, regard Jesus as irrelevant. With intercessory prayer, God will reveal fresh approaches to communicate the Gospel to Israelis and raise up laborers to disciple those who come to Yeshua (Jesus). Miracles, including but not limited to healing, will be important.

Gentile Christians and Israel: God is aligning the Messianic remnant of Israel with the international Church as one new man in greater maturity (Eph. 2:14-16). Some Christian Zionist organizations and ministries that have distanced themselves from Israeli believers in the past will start to embrace them.  Other Christian lovers of Israel will move beyond an initial “honeymoon” perspective of Israel to one based on nonromantic realities, evoking the maturity of unconditional love. This will prove to be a powerful witness to the Jewish people. Mostly from Israel but also from the nations, more Messianic Jewish voices will address some of the nonbiblical extremes associated with Messianic faith expressed by Gentile believers. This will involve new levels of humility on the part of both Gentile and Jewish believers that mature the whole Body.

The Israeli Messianic Body: A new depth of love one for another within the Israeli Body, especially among leaders, will take hold and grow. In this atmosphere, Israeli Messianic leaders will come to a new, more biblical understanding of Messianic women’s gifts and callings. Signs of breakthrough this past year indicate that traditional gender roles will likely soon be reevaluated. When Jewish women are empowered and released, the whole Body will be revived. This is a matter now ripe for focused prayer.

A related and no less significant issue is that God is wanting a prayer movement birthed in Israel. It has been mostly the intercession of the international, rather than indigenous Israeli, Church that has sustained Israel. The indigenous body has now matured to the extent a core company of watchmen and women are starting to arise. When they do, and pray in sync with believers from the nations, unprecedented Kingdom synergy will result.

War: God has shown neither me, nor other prophetically gifted Israelis I know, that regional war against Israel is imminent. Admittedly, conditions are such that according to Scripture, it seems war could break out any day. The enemy will continue trying to provoke a war ahead of God’s timing in order to thwart revival in the region. Therefore, we must continue to pray for the fulfillment of His Word in His time only, and to His wondrous glory. Although terror attacks and military operations involving Israel could occur this year, focused intercession will minimize their scope, loss of life and damage.

“Oh, the depth of the riches of the wisdom and knowledge of God! How unsearchable His judgments and His paths beyond tracing out! To Him be the glory forever! Amen.” (Romans 11:33, 36b)

Your ticket for the: Prophetic Outlook for Israel