Shalom! Light of Zion is an Israeli intercessory prayer ministry dedicated to revival in Israel. Directed by American Israeli Messianic Jews Kerry and Sandra Teplinsky, we are passionate about pursuing revival in Israel and raising up God loving, priestly-prophetic, watchman style intercessors for Israel with a Kingdom perspective.

Reconciliation
Jews and Christians ● Arabs and Jews ● One New Humanity 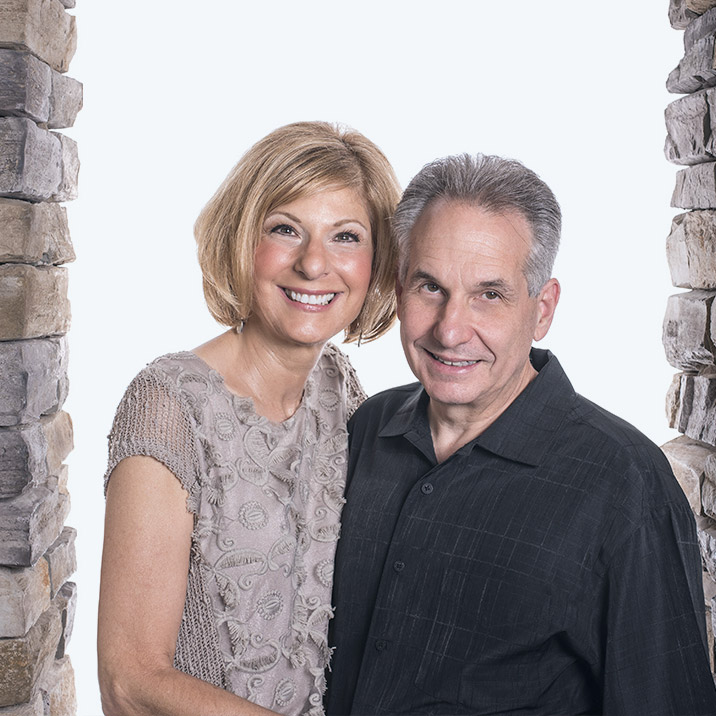 How It All Began

Light of Zion developed from a life changing encounter with God in 1981. A few years after Sandra came to faith in Yeshua, He sovereignly visited her with His presence. In that encounter He shared with her His fiery covenant love and longing for the Jewish people. She was left with an unstoppable passion to serve Him by serving Israel.  As a result, Sandra altered her professional law practice to spend years in intense intercession for Israel and study in seminary.

Meanwhile, Kerry was in medical school studying to be a physician. He met Sandra early in his career as a cardiologist and shortly after that, surrendered his life to Yeshua. Kerry and Sandra were married in 1991. That year they began teaching in local churches about Israel and the Jewish roots of Christianity.

How the Ministry Developed

Through much of the 1990’s the Teplinskys served in Jewish outreach in Russia, Ukraine and Belarus. There they mobilized and networked prayer for the Jewish people among different churches and denominations. They also started a medical humanitarian outreach. When they returned to the US, the Teplinskys started and led a home fellowship focused on worship and intercessory prayer for Israel. During that time Light of Zion was established as a formal, nonprofit organization. The ministry grew exponentially after the publication of Sandra’s first book, Why Care About Israel? The book is still considered by some leaders a classic introduction to Israel. Since then, Baker Publishing Group published two more of Sandra’s books about Israel.

From 2009-2012 the Teplinskys lived in Jerusalem, where they led prayer, taught locally and internationally, and served in humanitarian medical outreach. They co-launched an international prayer network for Israel with prayer watches in eight different languages. In 2016, Kerry left his thriving cardiology practice in California to return with Sandra to Jerusalem and serve the Lord in full-time ministry.

What We Do Today

In the spirit of 2 Chronicles 7:14 and Isaiah 61, Light of Zion is passionate about pursuing revival in Israel. We are dedicated to seeing God raise up priestly-prophetic, Word based, watchman type intercessors for Israel with a Kingdom perspective whose priority is God Himself. Today we lead, mobilize, release and network intercessory prayer and prophetic initiatives in Israel and internationally in various venues.

We are formally affiliated with the Fellowship of Israel Related Ministries and Succat Hallel House of 24/7 Worship and Prayer in Jerusalem.

Light of Zion views the ministry of justice as critical to God’s purposes. We reach out in practical ways to sick, elderly, and needy Israelis. We also maintain an emergency fund to aid needy Jewish and Arab Israelis, both believers and those who do not believe in Yeshua. Because we regard unborn babies threatened by abortion to be among the needy, we partner financially with a pro-life Messianic ministry.

In the US, Light of Zion is a 501 (c)(3) nonprofit organization and member of the Evangelical Council of Financial Accountability.

Igniting Israel and the Church 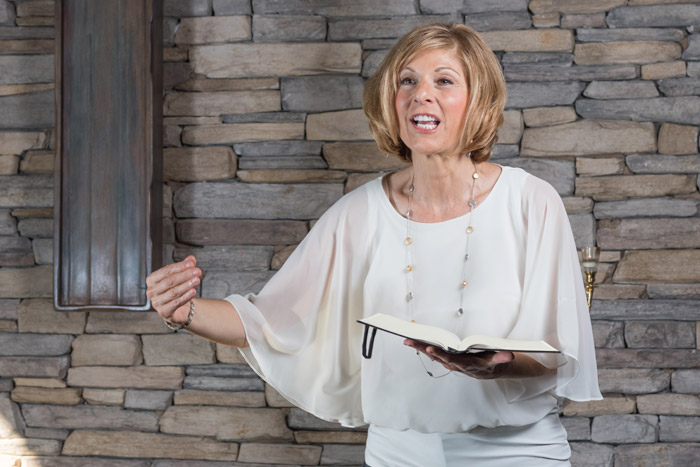 Sandra Teplinsky, an Israeli follower of Yeshua, is co-founder and President of Light of Zion Ministries. She and her husband Kerry lead Reshet Tefilah, the indigenous Israeli Prayer Network comprised of Jewish and Arab Israeli believers. She is an international speaker, prophetic liaison, author and teacher. An ordained pastor, she has served in the Messianic Jewish movement since 1979.

Sandra and Kerry ministered in evangelical outreach to Jewish communities in the former Soviet Union throughout the 1990’s. They helped establish prayer networks, Messianic congregations and humanitarian aid projects in Ukraine, Belarus, and Russia. They also started and led a Messianic home fellowship and outreach in the US for 12 years.

Sandra comes from a modern Orthodox Jewish background. Surrounded by violent anti-Semitism throughout her youth, she came to faith in Yeshua in 1975 while trying to dispute the New Testament. Her husband, a retired cardiologist, is also Jewish. They have a grown daughter who works as a nurse in Jerusalem.

Sandra has a BA in political science from the University of Illinois and JD from Indiana University School of Law. A former business litigation attorney, she also attended Talbot Seminary in Los Angeles.

Sandra is passionate about the restoration of Israel with Yeshua at the center. She also carries a strong “one new man” perspective for revival in the nations. Her teaching is Messiah centered with an intercessory/prophetic/pastoral edge.

Sandra’s professionally published books include Why STILL Care about Israel The Sanctity of Covenant, Moral Justice and Prophetic Blessing, published by Chosen Books in 2013; Israel’s Anointing: Your Inheritance and End-Times Destiny through Israel, Chosen Books, 2008; Why Care about Israel? How the Jewish Nation is Key to Unleashing God’s Blessings in the 21st Century, Chosen Books, 2004; The Blessing of Israel and Out of the Darkness: The Untold Story of Jewish Revival in the Former Soviet Union, published by Hear O Israel Ministries, 1998. She has written numerous articles for Messianic and Christian media outlets and maintains a blog. 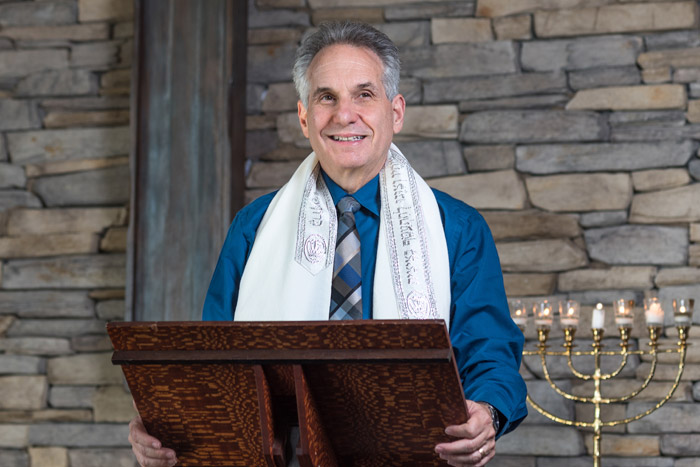 Kerry is co-founder and Vice President of Light of Zion. A former medical doctor, he now serves full time with the ministry in overseeing all operations, in teaching and facilitating prayer, and in humanitarian outreach. He is ordained as an itinerant pastor and has served with the Messianic Jewish movement since 1992. Kerry’s expertise is on modern Israeli history and the Arab-Israeli conflict.

Kerry comes from an American Conservative Jewish community. He came to faith in Yeshua after achieving educational, career and worldly success, but finding no genuine fulfillment in them. Kerry earned his BA at the University of Illinois and MD at the University of Chicago. He was a member of the teaching faculty of the University of Chicago School of Medicine; served as volunteer faculty at Ben Gurion University in the Negev; and worked as physician volunteer with Hadassah Hospital Hospice Center in Jerusalem. He is certified in Internal Medicine, Cardiovascular Disease, and Critical Care Medicine. For over 25 years, Kerry brought his faith in Yeshua to his practice of medicine and witnessed supernatural healings.

Kerry organized medical missions to Jewish communities in the former Soviet Union in the 1990s, where he saw thousands of people make commitments of faith. He has been called the “Messianic heart doctor” for one’s spirit as well as body.

Kerry has a heart for the sick and needy in Israel. He reaches out to individual Israelis in personal and group homes, guided by the biblical parable of sheep and goats. In that parable Yeshua speaks to His followers about caring for His family in the last days: “The righteous will say ‘Lord, … When did we see you sick … and go to visit you?’ The King will reply, ‘Truly I tell you, whatever you did for one of the least of these brothers and sisters of mine, you did for me.’” (Matthew 25:31-46)

Kerry and Sandy have one daughter, serving the Lord as a nurse in pediatric oncology.

Your ticket for the: About Us