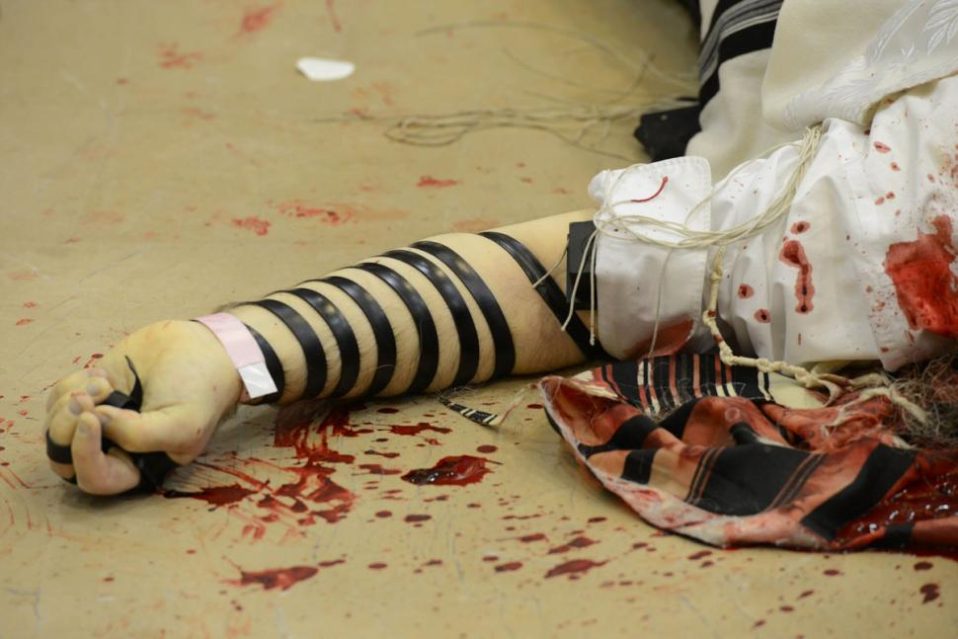 This week we celebrate with thanksgiving the 69th anniversary of the re-gathered Jewish state. Israeli Independence Day always comes the day after Memorial Day, which honors fallen soldiers and terror victims. The unusual timing was intentionally set so that 24 hours of sorrow and mourning would be followed by joy and gladness.

The holidays seem an appropriate time to clarify a rather controversial and troubling issue among some Christians today, many of whom previously stood steadfastly with Israel. They have come to believe a “day of Jacob’s trouble” promises to soon devastate the land, and so no reason exists to support the restoration or rebuilding of the Jewish state. The “day of Jacob’s trouble” derives from Jeremiah 30:7: “Alas! For that day is great so that none is like it, and it is the day of Jacob’s trouble, but he shall be saved out of it.”

According to this view, God has re-gathered the Jewish people in order to break our collective hard heartedness in a future holocaust far worse than that of the past. A soon coming military attack against Israel is expected to be launched by the international community until, out of death-grip desperation, we cry out to Jesus to save us. Anticipating another exile from the land and the nation’s collapse, some call the inevitable phenomenon Israel’s “necessary failure.”

The inevitable collapse or necessary failure doctrine is usually based on historical or personal experiences with the Jewish people, along with certain prophetic Scriptures. Key verses include Zechariah 13:8, Daniel 12:1, Matthew 24:21, Jeremiah 30:7 and more. These passages all describe a time of unparalleled Jewish suffering.

Many respected Bible scholars believe the Scriptures referenced above refer to events that have not yet taken place. Others say they have been partially fulfilled. Still other scholars maintain these verses have already been totally fulfilled—and I must say I hope they are right! In any event, these Scriptures raise legitimate and fair questions about the future of the Jewish people. All of them, however, must be considered in view of the Bible’s overall teaching about Israel.

An important but sometimes neglected principle of Bible interpretation is that individual verses must be fundamentally understood in their proper context. Most of us already know to consider immediate context.  But two additional, important levels of context are the Bible’s overall teachings on: (1) the subject of the particular verse and (2) the character and ways of YHVH. Moreover, prophecies that have not yet come to pass probably cannot yet be fully understood. To properly interpret them before they are fulfilled, it is especially important to consider the overall revelation of Scripture.

Regarding Israel’s alleged necessary failure, and based on the Bible’s overall revelation of God’s heart, we must first remember our Father grieves deeply over the suffering of His people. “In all their [Israel’s] affliction He was afflicted.” (Isaiah 63:9, NKJV) Therefore, the prospect of Israel’s future suffering should cause us to grieve rather than harden our hearts in resignation to the “inevitable.” In days of trouble, God wants us loving and caring for the Jewish people. (Matthew 25:34-40) Sadly, the undertone of those who teach the Jewish nation will soon be overrun is often more harsh than compassionate. To that extent it does not accurately reflect the mind and heart of God.

Second, verses about Israel’s future suffering must be interpreted in connection with other related Bible passages. Overall, the Scriptures reveal that God is restoring His people, but this restoration is progressive, not instant. Israel still sins. At times she takes some steps backward instead of forward—just like Christians do as they mature. But those steps backward do not change the bigger picture. The biblical trajectory is that the Jewish people are restored first to their land, then to their Lord. This is clear from any fair reading of not just the Hebrew Scriptures, but the New Covenant as well. (Luke 21:24, Matthew 23:39, Romans 11:26, Romans 9:4-5, Acts 3:17-21) The pattern can be seen in realities unfolding in the State of Israel today.

Third, Romans 11:15-26 tells us how all Israel will be saved. In that passage, Paul specifically states he does not want Christians to be ignorant about the process. It is not God’s desire to save the Jewish people through unimaginable horror, but through the loving witness of Spirit filled believers: “For I do not want you, brothers and sisters, to be ignorant of this mystery—lest you be wise in your own eyes—that a partial hardening has come upon Israel until the fullness [not full number] of the Gentiles has come in; and in this way all Israel will be saved, as it is written, ‘The Deliverer shall come out of Zion…’ ” (TLV)

Fourth, a future season of unparalleled human suffering is not limited to Israel. This coming period, which apparently refers to Jacob’s trouble, occurs when a Satan possessed “man of perdition” seeks to govern all nations. (2 Thessalonians 2:3, NKJV) The heinous rule of this evil anti-Christ causes virtually all life on earth to reel and convulse. Rampant lawlessness and military conflagrations erupt in many nations. This relatively short time of hell on earth culminates with the outpouring of God’s wrath and judgment on the nations, based partly on how they have treated Israel. In the end, every nation—not just Israel—is broken and laid low. Often called the Great Tribulation, this season proves so devastating that half of humankind is killed (see Revelation 6:8; 9:15-18). In that sense, we could say every nation is doomed and exists for its necessary failure apart from Yeshua (Jesus).

Fifth, the extent of trouble or tribulation befalling the Jewish people can be lessened by your prayers! God has graciously given us an outline of what is to come. But He does not intend for us to compromise our expression of His love, mercy and grace because of our expectation of seemingly inevitable prophecy. One reason we are told about future events is so we will pray proactively concerning them. Through prayer, the severity of suffering can be greatly diminished. Recall that in Scripture, God reversed prophesied judgments against the city of Ninevah, King Hezekiah and others. (Jonah 3:10, Isaiah 38:5) While the Great Tribulation / Jacob’s Trouble must in my opinion come to pass, I believe suffering would be lessened in response to our intercessory prayers and labors for multitudes of Jews and Gentiles to turn to God before that day.

Bear in mind that as horrific as the Great Tribulation / Day of Jacob’s Trouble will be, these future years of suffering represent a brief period of history. They do not upend God’s everlasting covenants, love or mercy. Nor will they undermine the overall trajectory of Israel’s restoration. They come to an end when Yeshua returns. At that time He will overcome and banish the anti-Christ and his evil hordes. He will gloriously complete the process of Israel’s restoration (and that of the nations), ushering in the Messianic Age. Beautiful prophetic promises in Scripture will fully materialize as heaven overtakes earth. God’s Kingdom comes and His will is done.

Meanwhile, you and I are called to carry His heart of covenant love for Israel. With discernment and wisdom, we are to bless His restoration of her. Therefore we can mourn with her on Memorial Day—and rejoice with her on Independence Day, knowing the best is yet to come.

Your ticket for the: On Israeli Memorial and Independence Days (May 1 and 2, 2017): Does the Day of Jacob’s Trouble Lie Ahead?