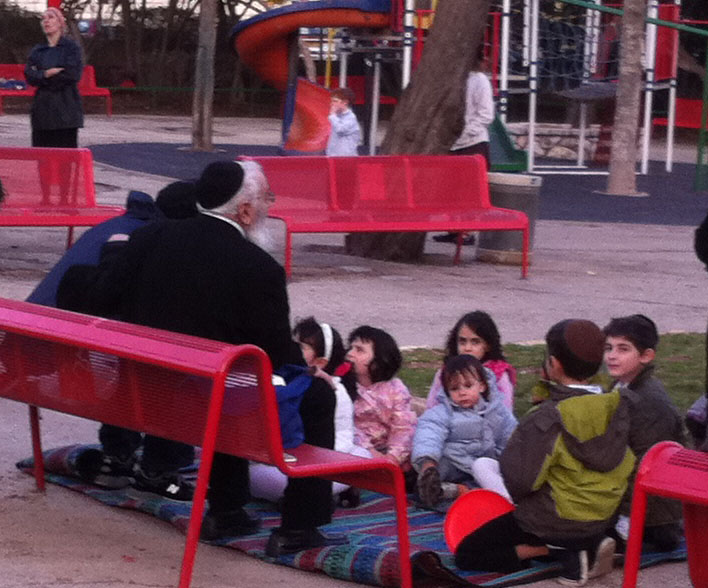 “Whoever heard of such a thing? Who has ever seen such things? Is a country born in one day? Is a nation brought forth all at once? For as soon as Zion went into labor, she brought forth her children.” (Isaiah 66:8, Complete Jewish Bible)

Today is Independence Day (“Yom HaAtzmaut”) for the re-gathered State of Israel. Celebrating the 63rd anniversary of the Jewish state is a joyful blessing—but not without striking incongruities. Some Israelis sincerely worship God this day for His miraculous restoration. Others enjoy family barbeques, ceremonial fireworks and air force shows. Yet for the majority, an unshakable sobriety and uncertainty belies the occasion.

At Israel’s official re-establishment on May 14, 1948, many Jews believed that “never again” would an event like the Nazi Holocaust take place. National sovereignty would secure them an inherent right to defend themselves, like any other nation. But in 2011 the Israeli outlook is different. Unlike their brethren in the diaspora, only Israeli Jews live in daily range of enemy rockets, mortar shells and missile fire. Only Israelis stand in direct danger of a genocidal, Islamic nuclear launch aimed at their destruction. Already, this year’s “Arab Spring” is giving rise to new leadership voicing anti-Semitic extremism through the Muslim Brotherhood and its offshoots. The international community continues to question Israel’s right to exist. Therefore, for many non-Bible believing Israelis, the future looks dim.

Yet God is with His people. The nation continues to thrive economically, educationally, culturally and socially. In some respects it can be said Israel also thrives spiritually, as God prepares her for her time of awakening.

1. God has invested himself in this people forever. (Thought I’d start with the best reason!)

2. Shabbat remains a beautiful and sacred family tradition. Even secular Jews come together on Friday evening to share a special meal and strengthen ties. Phones do not ring, computers are shut down, and most of the country turns uncharacteristically quiet.

3. Traditional biblical values are still passed down from generation to generation. For example, each Shabbat afternoon, in the park just down our street, young children sit at the feet of a neighborhood grandpa who captivates them with Bible stories. I’ve seen up to 20 kids listen attentively to the sagacious eldster—and can hardly wait until I know enough Hebrew to eavesdrop!

4. As I walk to language school early each morning, I am rarely the only person praying and worshiping God. Often I cross paths with at least one person reciting or singing traditional Hebrew morning prayers from the Psalms.

5. Typical (and true) scenario: Wearing a backpack, I walk into a shop and purchase an eco-friendly, reusable water bottle. As I pay the store manager, he asks me what this new item is. I explain the product to him and suggest ways he could better market it. Then, because I have obviously (though temporarily) disabled arms, he opens my backpack for me, places my new water bottle inside, carefully zips it back up, and sends me on my way.

6. Another typical (and true) scenario: Shortly after moving to Jerusalem, I go for a walk to the Old City. Underestimating the intensity of the Middle East sun, I start dehydrating after a few hours. I realize I’ve enough money with me either to buy something to drink or take a bus back home—-but not both. I opt for the bus. Hopping onto the first bus to sputter along, I ask the driver if he’s going anywhere near my apartment. In reply, he scolds me for my foolish predicament. Then he welcomes me to Israel and tells me he’s going to drive a bit off his route to get me closer to home. (Hence the recent water bottle purchase.)

7. Israeli soldiers pray for their enemies’ salvation and blessing. At a recent city-wide prayer meeting in Jerusalem, I found myself next to a group of young Messianic men serving in the IDF. As you can see from the photo, one was in uniform, earnestly beseeching God on behalf of the Palestinians.

8. The day before Yom HaAtzmaut is known as Israel’s Memorial Day (“Yom HaZikaron”). Each Yom HaZikaron, sirens wail throughout the country at precisely the same moment. The nation comes to an abrupt halt before God, in honor of its 22,000 fallen soldiers and terror victims. Almost everybody here knows somebody who has fallen. They will not be forgotten.

9. Israelis are amazingly, prophetically creative. Standing in front of Jerusalem’s most upscale shopping mall is a life-size statue of Jeremiah, weeping. As if still pronouncing the word of God, his mouth is opened, his arms, chained. (Jeremiah is for sale, but providentially and perhaps prophetically, nobody has bought him yet.)

Please pray for Israel today, that she will turn to the God of her fathers, in dependence on him. As you may know, observant Jews read a designated portion (“parsha”) of the Torah each week. The parsha which “happened” to coincide with Israel’s declaration of independence in 1948 was Leviticus 25:1 – 26:2. This passage—still read each year at Yom HaAtzmaut—teaches that the land belongs to the Lord. Accordingly, it provides for regular Sabbath and Jubilee year observances. Sadly, the modern State of Israel has never officially observed these sabbaths. God’s Word prophesied that we would lose the land if we didn’t afford it its rest (Lev. 26:33-35, 2 Chron. 36:20-21).

Thank you for praying with us that Israel will awaken to the reality that He’s brought us back to the land to worship Him alone. Thank you for standing with us until that glorious day.

Your ticket for the: Israel Independence Day