Passover: A Key to Peace Amid Birth Pains 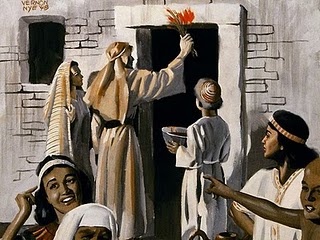 “Peace I leave with you; My peace I give to you, not as the world gives do I give to you. Let not your heart be troubled, neither let it be afraid.”(John 14:27)

At this same season, Yeshua (Jesus) strengthened His disciples facing a fast changing world: “Peace I leave with you; My peace I give to you, not as the world gives do I give to you. Let not your heart be troubled, neither let it be afraid.” (John 14:27)

The words of our Coming Bridegroom King resonate with revived authority today. There year 2011 has been one of rapid and sobering change. News of flocks of birds dropping from the skies in January was eclipsed by the Jasmine Revolution across the Islamic Middle East/North Africa in February. March brought with it a crushing earthquake, tidal wave and nuclear meltdown in Japan. Resumed terror in Israel threatens outright war before the end of April. Some say major upheaval in America and global economic depression lie ahead. Nevertheless, Yeshua assures us peace.

How do we access His peace amid the beginning of birth pains preceding His return? We share with you below an encouraging perspective from Jerusalem in answer to this question.

Passover’s Hidden Hints
Monumental hints to accessing supernatural peace in turbulent times lie hidden in the Passover story. Recall God’s initial decree in the exodus: “Let My people go, that they may worship Me.” (Ex. 7:16)

The Israelites had been forced to serve harsh taskmasters for many years. Word finally came to prepare for imminent deliverance. So “the people bowed their heads and worshiped. Then the children of Israel went and did just as the Lord commanded…” (Ex. 12:27-28) God instructed His people to slay an innocent lamb, consume the animal and smear its blood on their doorposts. These acts were powerful, prophetic acts of worship. In the process, Hebrew hearts collectively bowed to Yahweh. Incomparable blessing followed. When worship is offered selflessly and purely to bless God, the Blesser releases more of Himself. In return the worshiper is blessed. (As you know, the first Passover meal also dramatically foreshadowed both the crucifixion and holy communion.)

We find that as circumstances worsen around us in Israel, worship is increasingly important. Worship is pivotal to spiritual warfare, and much more fundamentally, to maintaining intimacy with the Lord and abiding in His peace. As we’re inundated with reports of nations aligning against us, as terror and war loom about us, we find we must turn to worship the King. We may not always sing aloud, but worship is much more than making music. Worship is an ongoing disposition of heart that genuinely magnifies the Lord in holy love, by grace through faith, in every circumstance.

Genuine worship gives way to peace and peace is related to trust. As you trust the Lord with all your heart, not leaning on your own understanding, you’ll discover He wondrously directs your steps—even in times of upheaval. He’ll direct your steps as He did with the Israelites in Egypt long ago.

Like many today, God’s people in Egypt had grown accustomed to living in far less than the fullness of His promise. Unexpectedly, Yahweh began speaking to them once more—and working widespread wonders. The Hebrews were stirred to remembrance of their destiny in the Promised Land. Soon thereafter, however, severe birth pains came upon them which only worsened with time. Ominous plagues and “natural disasters” befell the Egyptian world, and that world lashed back harder and harder at God’s chosen ones. Through it all, however, they’d been told to prepare for a soon coming deliverance. The hour—known only to the Father—was at hand when His promise would come to pass. One night that hour suddenly arrived. “At midnight the Lord struck down all the firstborn in Egypt…During the night Pharaoh summoned Moses and Aaron and said, ‘Up! Leave my people, you and the Israelites! Go, worship the Lord as you have requested.'” (Ex.12:27-31) Immediately, God’s people up and left. 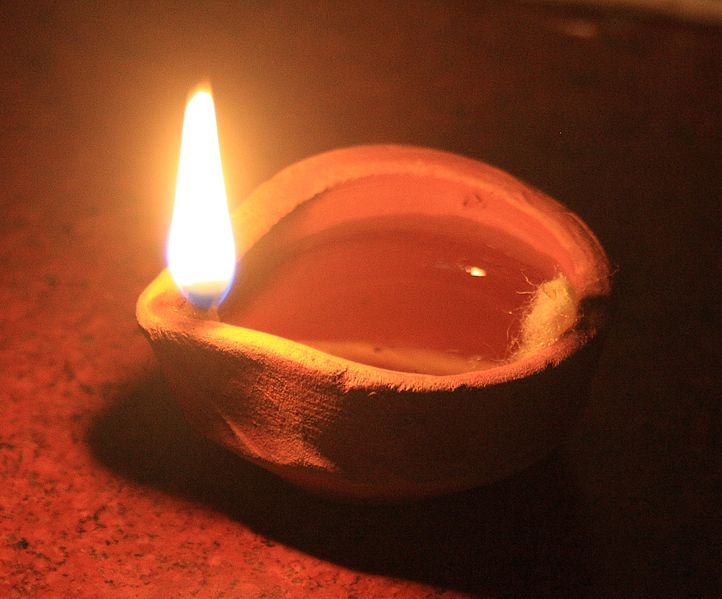 Many years later, a similar cry echoed in Yeshua’s parable of ten sleeping virgins. “At midnight a cry was heard: ‘Behold, the bridegroom is coming; go out to meet him!'” (Matthew 25:6) Five virgins, prepared with oil for their lamps, quickly up and left with the bridegroom. But the remaining five were not prepared and did not have oil. They were left behind on the wrong side of a tightly shut door.

Yeshua’s parable, in which oil symbolizes the Holy Spirit, teaches us to stay filled – and refilled – with the Spirit. We don’t know when during the night we’ll be called to meet the Bridegroom. Meanwhile, during the birth pains in these last days preceding His return, we can keep oil in our lamps the same way we can access His peace — through worship.

Like the ancient Hebrews at Passover, you have a destiny in an appointed place of promise. You probably won’t get there without birth pains. Yet, through the hard times God is working wonders. Trust and worship Him as He takes you where He’s called you. You may be surprised by peace and joy in the journey—and bless many others along the way!

Your ticket for the: Passover: A Key to Peace Amid Birth Pains

Passover: A Key to Peace Amid Birth Pains