How Shall We Pray Concerning President Trump’s Peace Plan? 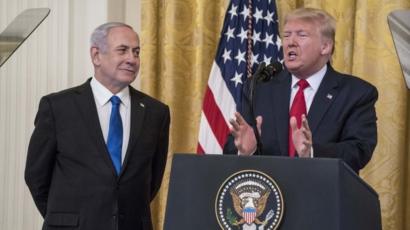 A wholehearted thanks to each of you who prayed with us this month according to the specific, daily prayers we shared in our emails. Like the biblical character Ruth, may you be richly rewarded by the God of Israel, under whose wings you abide with much favor.

This week we edited the prayers and posted them in a “Daily Prayer Guide for Israel” on our web site. You can access, download, print and use the new Prayer Guide at lightofzion.org. We hope the guide serves as a catalyst for your prayers and blessing this year.

We did not include President Trump’s “Deal of the Century” in our prayer posts to you this month. This is mainly because the deal was not revealed until the end of the month. But also, our posts already included prayers relevant to key aspects of the proposed peace plan. We will comment later on Mr. Trump’s deal. At this time, we feel it is more important to suggest how to pray concerning it.

The prayers we suggest are general in nature, while the factual issues involved are complex and nuanced. So primarily, we urge you to pray God’s Word. Where the Word can be fairly interpreted in more than one way, we surrender to Him the precise interpretation and application. Second, we pray according to the character, heart and ways of God as revealed in Scripture.

Your ticket for the: How Shall We Pray Concerning President Trump’s Peace Plan?

How Shall We Pray Concerning President Trump’s Peace Plan?