A New Year and A New Government Today 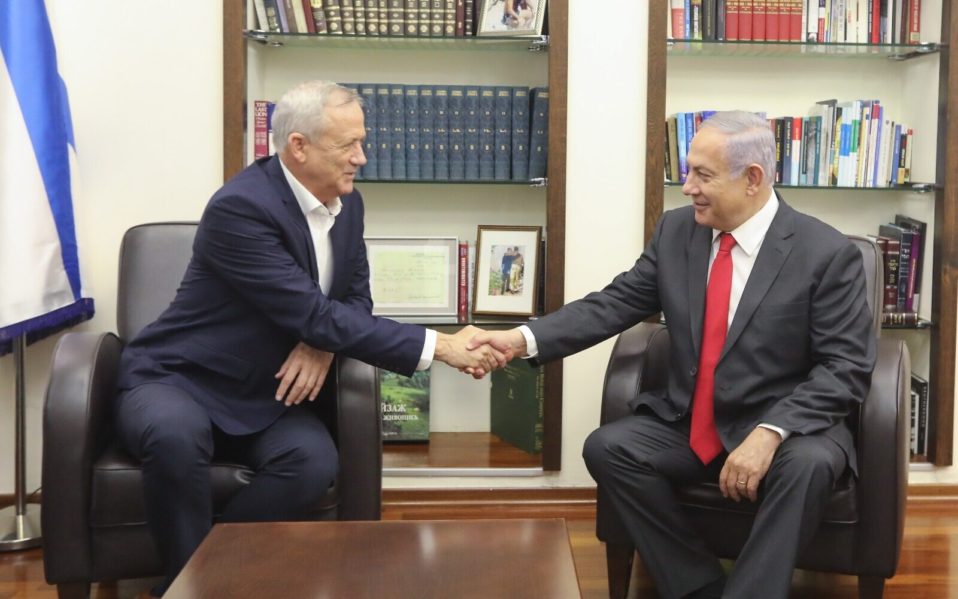 What could yesterday’s groundbreaking governmental shift in Israel–occurring on the biblical new year–signal to the nations?

In yesterday’s sudden turnaround of events, Benjamin Netanyahu and Benjamin Gantz reached an agreement for a new unity government. It just so happened that yesterday was the first day of the first month (Nissan) of the biblical calendar.* (Exodus 12:1-2) Could this breakthrough on the new year possibly signal a shift in the times we are in?

Having contended in prayer for a government to be formed in Israel for over a year, I believe that a coalition led by these two Benjamins is the Lord’s doing and it is marvelous in our sight! (Psalm 118:23) I also believe this breakthrough reflects that a certain, global deadlock in the spirit realm is being broken, heralding a transition to a new era.

Interestingly, and in a seemingly independent action, the current Israeli government decided a few days ago to switch our clocks from standard to daylight savings time, starting last night. This is significantly sooner than the traditional, previously scheduled date.

Punctuating the unusual shift in season, our almond trees are presently in full bloom. In Israel, almond trees are the first trees to blossom, heralding the passage from winter to spring. Normally, however, they bud in late January and peak by March 1. As you may know, the almond tree is associated with God watching over His word to perform His covenant purposes. (Jeremiah 1:12) While the trees’ late budding this year is due to an unusually long—and wonderfully wet—winter, could it signal something more?

Israel is a marker to the nations of God’s activity with humankind. Might today’s events suggest that a breakthrough in the very critical global situation will occur sooner than many expect? Could it even imply that divine adjustments to the timing of events leading to the end of this age might be made as God’s people continue to pray?

“Forget the former things; do not dwell on the past. See, I am doing a new thing. Now it springs up; do you not perceive it? I am making a way…” (Isaiah 43:18-19) Friends, I believe we are transitioning to a season of harvest as we’ve never before known. It won’t be easy, but it will be worth it. Now is the time to prepare, trusting the Lord with all our hearts, even to the end of the age.

* Many rabbinic scholars believe the calendar in current use is not entirely accurate. Nevertheless, God has delegated to humankind authority over the earth realm. In this age, it seems He often chooses to move in the affairs of man with respect to the calendar we have established.

Your ticket for the: A New Year and A New Government Today

A New Year and A New Government Today