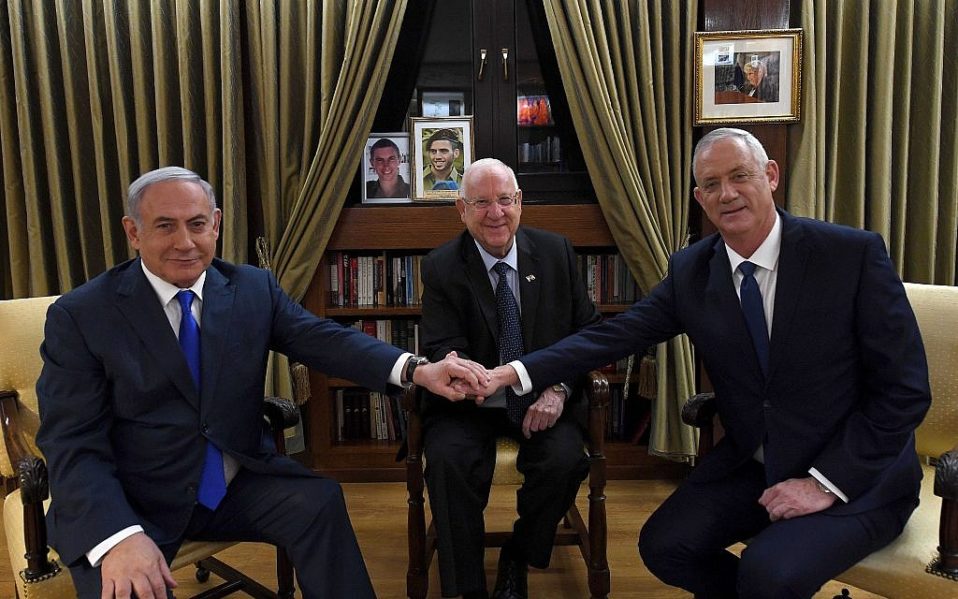 Many Christians who care about Israel are perplexed about our almost year-long crisis in which we have lacked a duly elected, functioning government. This is understandable.  The political situation is complex and unprecedented. In this article we hope to clarify some of the main issues and suggest directions for prayer. (If you wish to skip the detailed explanation, please scroll down to the last section, “How shall we pray?”)

Believers both within and outside of Israel have different ideas as to who should be Israel’s next prime minister and which parties should have voice in the next government. Where there is little difference of opinion is regarding the dangers of Israel continuing without a government coalition able to make important decisions, including those pertaining to national security. How will this quandary be resolved, and what are some of the considerations behind the stalemate?

In Israel’s historic repeat election last month, the Blue and White Party (led by Benjamin Gantz) won 33 parliamentary seats while Likud (Netanyahu) won 32. Gantz’s allies are mostly on the left, and leave him short of the 61 minimum seats needed to form a government. Netanyahu’s allies on the right, which include the ultra-Orthodox religious parties, bring him to 55 seats.

Technically, the Arab parties endorse Gantz as prime minister. Realistically, they have never and likely would not now serve as part of any governing coalition of Israel. They merely want Netanyahu gone. So, when the dust settles, both Gantz and Netanyahu fall short of the 61 parliamentary seats needed to form a government.

Israel Beitaynu (Avigdor Liberman), a former ally of Netanyahu, could put Netanyahu over the top with its 8 seats, but has promised it will not join a coalition with ultra-Orthodox parties. For this reason, some blame Liberman for the present stalemate. But the situation is complex; Liberman has some good reasons for withstanding these parties.

In the process of forming a government, the President of Israel plays a key role. President Rivlin has urged that a so-called unity government be formed. In it Likud and Blue and White would share leadership. After the second election, he essentially locked Netanyahu and Gantz in a room together for a few hours to hammer out a unity solution. They could not.

Rivlin then mandated Netanyahu with forming a government. After a month of failed attempts, Netanyahu reported he could not form a coalition. Unable to strike an arrangement with the only men who could provide the seats he needed, Gantz and Liberman, he returned the mandate to Rivlin.

Two days later Rivlin charged Gantz with the mandate to form a government by November 20. But this he cannot do it with Liberman alone. Barring a miracle, Gantz must secure an agreement with Netanyahu because he needs Likud’s seats. Gantz does not, however, want the ultra-Orthodox in his coalition.

If Gantz fails to construct a government, a period of 21 days begins during which any member of the parliament can attempt to form a coalition. If no member succeeds, which would likely be the case, we will head towards a third round of elections. This is something nobody wants. Recent polls indicate that if another election were held, another stalemate would result.

What are some behind the scenes considerations?

How will our political situation be resolved?

We do not believe Netanyahu or Gantz will be able to form a coalition without the other’s party. Previously I (Kerry) did not believe Gantz would capitulate and serve alongside Netanyahu. Now I am not certain. I do not think anyone wants a third round of elections in less than a year.

I believe the crisis will likely be resolved through Gantz and Netanyahu striking a deal that allows Netanyahu to save face by remaining PM until he is indicted, and then step aside. I believe it might include an arrangement (which would certainly be legally challenged) whereby Netanyahu would avoid prison if convicted, and whereby he might be allowed back in government as PM if he is acquitted. This would require a great deal of trust between the parties, which is not something that has been in evidence. Gantz would bank on Netanyahu’s indictment and conviction; and Netanyahu, on his acquittal. Liberman would be part of this government, but the ultra-Orthodox either would not at all, or would have very limited influence. I believe Netanyahu’s days as so called “King Bibi” are behind him. He has served long, and in many ways, extremely well. It may be time he pass the baton (or scepter) to new leaders God will raise up.

How shall we pray?

It is always best to pray God’s Word, especially that His will be done to align our government with His will in heaven. In the past we have shared numerous Scriptures related to governmental intercession. Some specific points this month would include the following.

In closing, we have prayed for many years for a divine shaking of our government to loosen the anti-Messiah strongholds affecting our leaders. So we view the current situation, in large part, from the perspective of Haggai 2:6-7 and Hebrews 12:26-28. We are praying that what cannot be shaken, namely that which reflects the unshakeable kingdom of God, result and remain.

Despite what takes place, the kingdoms of this earth belong to God, who has given them over to Messiah. The day is coming when our government will rest fully on His magnificent shoulders. (Isaiah 9:6) This article is entitled, “Who Will Govern Israel?” We are encouraged to know the final answer.

“This is what the Lord Almighty says: ‘In a little while I will once more shake the heavens and the earth, the sea and the dry land. I will shake all nations [including Israel], and the Desired [One] of all nations will come…'” (Haggai 2:6-7)

“…He has promised, ‘Once more I will shake not only the earth but also the heavens.’ The words “once more” indicate the removing of what can be shaken—that is, created things—so that what cannot be shaken may remain. … We are receiving a kingdom that cannot be shaken…” (Hebrews 12:26-28)

Your ticket for the: Who Will Govern Israel?