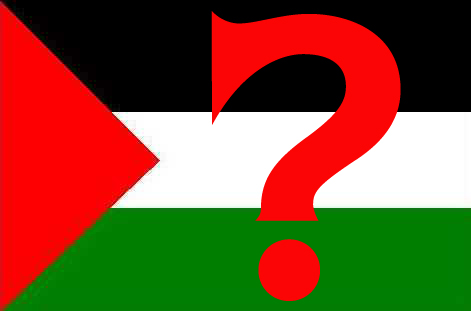 There has been a recent flurry of diplomatic activity by the Palestinians aimed at securing international support for unilateral declaration of a state. But Palestinian President Abbas knows he cannot negotiate peace with Israel while Hamas controls Gaza and factions within Judea and Samaria. Will the Palestinian agenda to create a de facto Palestinian state without Israel’s agreement prove successful in 2011?

The final weeks of 2010 saw five Latin American countries (Brazil, Argentina, Bolivia, Uruguay, and Ecuador) formally announce recognition of a new Palestinian state with borders which predate the war of 1967. In addition, Norway, along with those five Latin American nations, has granted full diplomatic status to the Palestinians with the establishment of a Palestinian embassy. What does this flurry of diplomatic activity mean? It is not the first time something like this has happened. In 1988, while in exile in Tunisia, former Palestinian leader Yasser Arafat declared an independent Palestinian state which was subsequently recognized by over 100 nations. However, neither that declaration nor the subsequent endorsements resulted in Palestinian autonomy, statehood, or acceptance among the community of nations. It appears that the Palestinians are employing a new (old) tactic in their efforts to establish their own state; one that does not involve negotiations with Israel. Let us examine why.

In 1988 Yasser Arafat, widely regarded as the father of modern day terrorism, was unequivocally the recognized leader of the Palestinian Arabs. His declaration of statehood was not an announcement that a new country was now open for business. He was putting forth an idea, hoping that international support would cause it to grow into a reality. However, nations are not born from mere declarations. They require infrastructure and institutions along with men and women educated and experienced enough to govern, none of which existed in 1988.

From 1988 through 1993, while Arafat was in exile in Tunisia, there was no development of Palestinian governmental infrastructure. The plans for development began in 1993 after Israel signed the Oslo Accords with Arafat. The Accords provided a framework and guidelines for the development, with Israeli assistance, of systems that would be needed for an autonomous Palestinian entity. They also called for the Palestinians to forsake violence as a negotiating tool, recognize Israel as a nation, and promote peace. Israel, among other things, promised to give up land to the Palestinians. The Palestinians had no land or resources to give up. What they brought to the negotiating table was the promise to give up terror, war, and incitement of hatred. Arafat’s prominence among the Palestinians was such that he could make such promises because he carried the authority, if he desired, to see them fulfilled. Unfortunately, history reminds us that those promises were not kept, terror did not cease, and despite billions of dollars in international aid, Palestinian development did not occur at the expected pace.

Despite failed Palestinian promises, in 2000 Israeli Prime Minister Ehud Barak presented Arafat with a far reaching offer that would have given the Palestinians almost all of their demands in exchange for one thing: Arafat’s agreeing to cease hostilities with Israel. These represented the greatest concessions that Israel had ever made towards the Palestinians. However, the offer was rejected by Arafat, who famously stormed out of the meetings. Observers of this summit, including US president Clinton, reported that the discussions failed entirely because of Arafat’s unwillingness to cease hostilities with Israel. From his beginnings in the PLO, terror was Arafat’s main tool. His legacy will not be as the father of Palestinian statehood, but as the father of terrorism. His single bargaining chip, terror, was really what defined both he and his movement, and was something he could not give up. Indeed, immediately after the failed discussions, a new round of Palestinian violence erupted within Israel. As a result, Israel built the infamous security barrier between it and the Palestinians. From the failure of the Camp David talks until his death in 2004, Israel was never again involved in peace discussions with Arafat. They recognized his unwillingness to stop terrorism, and apart from that, the Palestinians had nothing the Israelis wanted.

The death of Arafat raised expectations for successful peace negotiations between Israel and the Palestinians. Arafat had long been perceived as the principal obstacle to peace. Those expectations were not, however, fulfilled. Despite his intransigence, Arafat was the only Palestinian leader powerful enough to have assured an end to terrorism was he so inclined. His death resulted in violent disunity among the Palestinians, who no longer could be truly represented by one voice. Therefore, paradoxically, the opportunity to negotiate a bilateral peace agreement died in 2004 with Yasser Arafat.

After Arafat’s death in 2004, Mahmoud Abbas, one of the negotiators of the Oslo Accords, became the new Palestinian president. He was viewed as much more moderate than Arafat, and expectations increased for a negotiated peace. Negotiations did resume, but it became clear that Abbas did not command the allegiance of the Palestinians to the same degree as did Arafat, perhaps because of his moderation. Discussions gained little ground, and in 2005, unwilling to provide full time security for the Israeli minority living there, Israel unilaterally withdrew its military and evacuated its citizens from Gaza.

After the Israeli withdrawal from Gaza, Abbas’ true lack of command was revealed as civil war erupted among the Gaza Palestinians. By 2006 the Palestinian terror group Hamas had assumed control of Gaza, expelling or killing all personnel loyal to President Abbas. For all practical purposes, since that time there have existed two Palestinian entities: one deemed moderately violent in the West Bank (Judea and Samaria) led by Abbas, and one extremely violent in Gaza led by Hamas. Although he is the elected President of the Palestinians, clearly Abbas does not speak for Hamas or Palestinians in Gaza. This is the critical factor in the present stalemate. Abbas, who may indeed be willing to negotiate with Israel, no longer has anything with which to bargain. He cannot bring about the cessation of violence against Israel because he cannot control Hamas, which is pledged to the destruction of Israel. Therefore, the one thing Israel needs through negotiations, peace, Abbas is unable to provide.

I believe that Mr. Abbas is fully aware of this dilemma and that he understands he has nothing with which to negotiate. Perhaps this explains why in 2008, when Israeli Prime Minister Ohmert went even farther in his offer to the Palestinians than had Barak, Abbas could not accept the offer in exchange for peace. Perhaps it also explains why Abbas did not negotiate with Israel during the 10 month construction freeze of 2010 which Prime Minister Netanyahu called specifically in hopes of restarting direct negotiations. Presently Abbas insists there will be no direct negotiations with Israel until it initiates yet another building freeze, something he knows Netanyahu will not do as it yielded no fruit earlier in the year. It is political gamesmanship of Abbas to demand a settlement freeze, knowing Israel will not consent, in order to ensure that he does not have to come to the negotiating table and show that he has no cards to play. For this reason, serious peace negotiations between Israel and the Palestinians cannot proceed, let alone succeed at present. This premise, that Abbas knows he cannot negotiate, explains the recent change in tactics utilized by the Palestinians, turning away from negotiations and instead rallying world support in favor of a state.

For the past 18 months Palestinian Prime Minister Fayyad has pointed towards summer 2011 as the time the Palestinians would be ready for the business and institutions of statehood — police, courts, schools, road repairs and water works, among others. Indeed, there has been successful development of some infrastructure during this period as well as economic improvement. Netanyahu recognizes this development is critical for progress towards peace, and has even promoted it as “economic peace” which will precede a Palestinian state. This was a major plank in his campaign platform of 2008-2009, and he has subsequently stated he envisions a Palestinian state. There has been an increase in prosperity in the West Bank and Gaza over the past two years, (despite what the organizers of the “free Gaza” flotillas would admit – click here for more), and there has also been less terror. It makes sense that there would be a relationship between diminishing terror and economic prosperity. 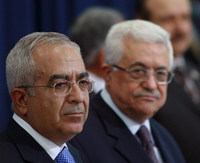 What is different now from in 1988 is that Fayyad has focused on substance rather than rhetoric. He has stated “this is not about state declaration; this is about building a state.” His goal has been to establish sovereignty in the Palestinian territories gained by Israel in 1967: the West Bank (Judea and Samaria), Gaza and East Jerusalem. However, economic, structural, and cultural progress aside, there remain more than a few obstacles to the creation of a Palestinian state. First, and of prime importance, Gaza has its own government, run by the terror organization Hamas, which will not abide by treaties negotiated between Abbas and Israel, and which continues to call for the destruction of the Jewish state. How can Israel make peace with the Palestinians to the east, and be at enmity with those to the west if they are one nation? Second, the terms of office of both President Abbas and the Hamas-dominated Palestinian legislature expired two years ago in violation of the Palestinian constitution. Therefore, the legitimacy of their government is called into question, as would be any treaty they might enter into with Israel, or any nation. (click here for more).

It appears that the Palestinian agenda heading into 2011 seems to be the creation of a de facto Palestinian state without Israel’s agreement through international recognition. The Palestinians are actively pursuing the European Union and United Nations for similar declarations and resolutions outlawing Israeli construction and development within the “disputed territories”. Their goal is to see a diplomatic boundary drawn around Israel without Israel being part of the process. This would essentially define the borders of their nation. Such proposals would win near unanimous support at the U.N. and pile enormous diplomatic pressure upon Israel. The question would then be whether the international community would have a way of implementing Palestinian statehood over Israeli objections. This becomes a point of considerable divergence of opinion. The Bible speaks of a time when the nations will divide up Israel earning the wrath of God. It also speaks of a time when the nations will gather outside Jerusalem militarily. Could 2011 represent that climactic time? If so, would it be God’s timing or that of God’s enemies?

I personally believe it is not God’s time in 2011, and that He is calling us to pray for His will in His time. Therefore, I believe 2011 will be a year of yet increased international pressure upon Israel as a result of diplomatic isolation, with the goal of achieving Palestinian statehood. Yet God warns in Joel 3:2: “I will gather all nations and bring them down to the Valley of Jehoshaphat. There I will enter into judgment against them concerning my inheritance, my people Israel, for they scattered my people among the nations and divided up my land.”

Please join us in praying for the government of Israel. Pray that righteous and God fearing men and women will rise up in wisdom through supplication and humility to govern this land and this people in the difficult seasons that lay ahead. Pray for the Palestinians, that they might recognize what and who can help achieve their goals, and recognize He alone who can make for their ultimate peace. “Arise, O Lord, Do not let man prevail; Let the nations be judged in Your sight. Put them in fear, O Lord, That the nations may know themselves to be but men.” Psalms 9:19-20 (NKJV)

Your ticket for the: New Year, New State?