The Feast of Lights: Hanukkah and Messiah’s Incarnation 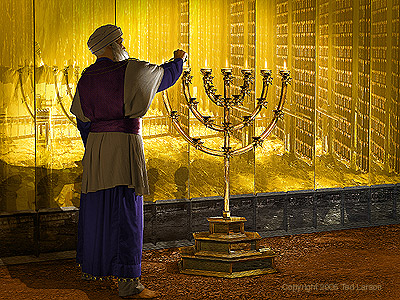 Though most believers now agree that Jesus (Yeshua) was not born on December 25, those choosing to celebrate the Incarnation at this traditional time may not be far off. The best Scripture-based estimate of the timing of Messiah’s conception—and in that sense, incarnation—would be during the Hanukkah season. The implications are prophetically insightful.

The time of Yeshua’s conception is ascertained from a straightforward reading of Luke 1:5-13 and 36, together with 1 Chronicles 24:7-19.
These passages give us the date when Elizabeth’s husband Zechariah would have performed his priestly duties in the temple, based on the priests’ temple rotation list in 1 Chronicles 24. Accordingly, Zechariah’s temple service would end in early Sivan, which corresponds generally to June. We can assume Elizabeth conceives John shortly thereafter. Then, in Elizabeth’s sixth month of pregnancy, the angel Gabriel visits Mary and she divinely conceives the Son of God (Luke 1:26-40). Six months from Elizabeth’s conception in Sivan takes us to the month of Kislev. This would mean Mary conceived Yeshua in December—quite possibly, during Hanukkah. Messiah’s actual birth would then have occurred on or near the Feast of Tabernacles. (For a more thorough discussion, please see http://biblelight.net/sukkoth.htm or http://www.luziusschneider.com/Papers/JesusDateOfBirth.htm#_ftnref3.) Hanukkah may be recognized as an appropriate commemoration of “the Word made flesh” (John 1:14).

The Light of the World is sent to us, hidden in a humble virgin’s womb, at the darkest season of the year. The Son of God empties Himself of His glory, indwelling microscopic flesh and blood. Then, thirty or so years later—on Hanukkah—Yeshua affirms His deity to the Jews (John 10:12-17) and declares Himself the Light of the World (John 9:5-7, 12:35-36). “Oh, the depth of the riches of the wisdom and knowledge of God … To Him be the glory forever!” (Romans 11:33, 36)

The Last Days’ Message of Hanukkah

If Yeshua came to us the first time during Hanukkah, what might this reveal about His second coming? Instructive clues can be gleaned from events surrounding the original holiday. Hanukkah celebrates the rededication of God’s Temple in Jerusalem after its defilement by a demonized Syrian emperor, Antiochus IV, in the 2nd century BC. Antiochus IV boastfully named himself Antiochus Epiphanes, meaning “Antiochus the Visible God”. He is regarded by many as a biblical foreshadow of the coming anti-Christ (Daniel 8 and 9:27). In fact, the whole story of Hanukkah can be seen as a foreshadow of the end-times as described in the books of Daniel and Revelation. Israel’s dark tribulation culminating with the Hanukkah victory in many ways parallels the future Great Tribulation leading to Yeshua’s return. The holiday commemorating the rededication of God’s Temple calls upon us to rededicate ourselves to Him as the bodily temples in which His Spirit now dwells. (See 1Corinthians 6:19)

The Hanukkah story is chronicled in historical books known as the Old Testament Apocrypha. These lessons of history can help empower us, by the Spirit, to overcome in the end times. The paragraphs below suggest how. 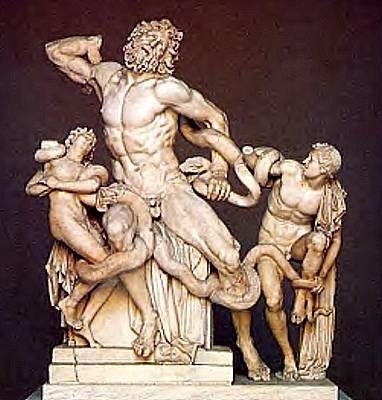 ■ How did Antiochus IV gain power over God’s people? Sadly, many Jews had rejected biblical faith to embrace the ways of a Hellenist world. They wanted the economic and social advantages of “advanced nations” that had adopted Hellenism, a form of Greek paganism demonically fueling Antiochus IV. These Jews took on Hellenist thought, language, culture and religion (I Macc. 1:15). In this manner, they were unwittingly primed to submit to Syrian Hellenist rule. Antiochus IV offered (false) peace and security, and they accepted. Our love must not grow cold (see Matthew 24:12). If we’re not passionate for biblical Truth, we may find ourselves primed for deception that can overtake even the elect (Matthew 24:24). We’re to resist friendship with the world, assimilation, or religious correctness that is at enmity with God (James 4:4).

■ What was Antiochus IV’s abomination that caused desolation? The emperor became enraged by his inability to conquer the entire, then-known world. His fury was further evoked by Jewish disloyalties, for a sizeable remnant had remained true to their God. He erected an idol of Zeus—with his own face—inside the Temple. On Zeus’ alleged birthday, that year falling on the 25th of both December and Kislev, he sacrificed a pig on the altar. He then sprinkled its blood on the holy of holies (I Macc. 1:39, 3:45). This abomination of desolation led to years of Jewish suffering and blood-curdling martyrdom (2 Macc. 7; Hebrews 11:35-38). When you faithfully worship the one true God, do not be dismayed if anti-Christ powers are enraged. These powers operate only within divinely set limits. God is teaching us how to receive by faith, day-by-day, the anointing to not love our own lives so as to shrink from death (Revelation 12:11).

■ How did the Jews recapture the Temple? A faithful family of priests, the Maccabees, organized a guerilla-like military coup. The tiny band of freedom fighters miraculously wrested back control of Jerusalem, including the Temple. They quickly cleansed the sanctuary and built a new altar.

On Kislev 25, three years from its defilement, the Temple was rededicated to God. The word “Hanukkah” literally means dedication. Though evil will increase, “the people who know their God will be strong and carry out great exploits” (Daniel 11:32). When darkness covers the earth, His glory rises upon you.

■ How does Hanukkah speak of light? According to Jewish Talmudic tradition, when the Maccabees recaptured the Temple they found only a day’s supply of consecrated oil with which to light the golden lamp stand, the menorah. Miraculously, this oil burned for eight full days, until a new supply could be consecrated. Therefore, Hanukkah is also known and celebrated as the Feast of Lights. This Hanukkah, ask the Holy Spirit to pour fresh oil into your lamp. When enduring a dark season, be encouraged, for God says, “Let there be light.” At the appointed hour you will see His deliverance.

Let There Be Light!
God’s kingdom is a kingdom of light (Colossians 1:12). In Chapter 1 of the Bible, His first words are, “Let there be light.” In the last chapter He says that He Himself will be light for His people. God is light (1 John 1:5).

As we step into 2011, expect change. Ask the Most High to overshadow you with His light. Perhaps you’ve been experiencing a dark season. Your deliverance may be hidden for a time in an unlikely womb. But even in the darkest of hours, the Light of the World is with you. In the spirit of the season, we proclaim over each of you, “Let there be light!”

Your ticket for the: The Feast of Lights: Hanukkah and Messiah’s Incarnation

The Feast of Lights: Hanukkah and Messiah’s Incarnation