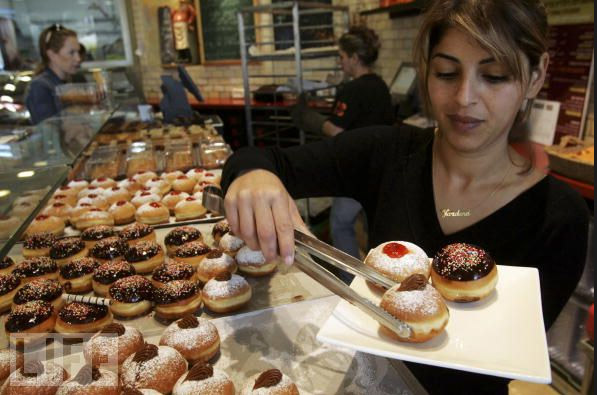 Nine-branch menorahs brighten the streets of Jerusalem. Freshly baked jelly donuts tantalizingly infuse the air. For the next few days, Jerusalem remembers Hanukkah. She recalls that time, so very long ago, when her sons and daughters overcame the spirit of the world by the Spirit of her God. As 2010 draws to a close, she can’t help but wonder, How long? How many more years until another Hanukkah miracle for the Jews?

Israel’s relationship with the world changed dramatically during the first decade of the 21st century. A quick review of events affecting her since the year 2000 suggests trends that will soon impact the Church. Traditional battlefronts have shifted. The year 2011 promises to bring with it even more change. Your life as a follower of the Lord Yeshua has already been impacted. As you pray intelligently and sincerely for Israel, you pray about spiritual shifts and battles that will impact you.

Just before Rosh Hashana 2000, Palestinians in Jerusalem launched the Second Intifada (Palestinian uprising) against Israel. Daily, the Intifada brought deadly terror attacks to the Jewish state. Most were in the form of suicide bombs detonated in public buses, cafes, and other heavily populated sites. These terror attacks were subdued largely through the building of a security wall in 2005. The security wall limited access to Israel from Palestinian areas, putting added strain on border checkpoints. No doubt this resulted in hardship and unjust suffering on the part of some. Sadly, Palestinian suffering was the unavoidable result of their own persistent assault—or cursing—of Israel.

As surely as the sword of the Spirit is the Word of God, the sword of the enemy is the lie of the devil. Defeated on the battleground of terror, the Palestinians re-branded their war with Israel as a global matter of human rights. In collaboration with surrounding Arab states, from then on and continuing through 2010, the strategy to destroy Israel focused on the battlefront of media. Vicious lies against Israel were rapidly fuelled by Islamic resources from Iran, Syria, Turkey and elsewhere. The pan-Arab/Islamic goal, which would now appear within reach, is to eliminate any international legal right for Israel to exist.

In 2005, Israel withdrew from Gaza. Gazans elected into power the terror organization Hamas, which openly calls for the annihilation of Israel. The semi-autonomous Hamas government smuggled and amassed stockpiles of weapons, launching one terror attack into Israel after another. Finally, Israel was forced to defend itself militarily. Limited air and ground operations were conducted in 2008.

She put into effect a maritime blockade, requiring all Gaza-bound vessels to undergo cargo screening for weapons a few miles north of the border, inside Israel, prior to delivery. (Click here to read about the flotilla incident in May 2010.)

Israeli military measures were all defensive in nature. But by 2010 the world was predisposed to believe any anti-Israel report that any anti-Israel source might divulge. Accusations against Israel for defending herself reached unprecedented levels. Never in history have so many nations, organizations and individuals, all at the same time, despised Israel and Jews as they do today.

Pernicious assault against Israel now stems, of all places, from traditionally Christian nations in the West. Apart from American influence, the UN and other international nongovernmental organizations are so anti-Israel as to alarm any fair-minded individual genuinely concerned with human rights.

Over the past decade, these organizations have fostered economic, academic, social, political and other boycotts of Israel. Israeli citizens are singled out and excluded from professional organizations of many kinds. Arrest warrants for Israeli political leaders issued by some Western nations under “international jurisdiction” preclude them from traveling to those nations. Increasingly, Western educational institutions and media teach only a terribly re-written history of Israel and the Jewish people. As a result, the next generation will be even more predisposed toward falsehood. Meanwhile, Israel is the only democracy in the entire Middle East. We recommend reading a superb analysis of this issue here.

At Hanukkah 2010, the light of truth is dimming about Israel as never before on earth. Just last week the Palestinian media announced recent “scientific findings” that showed the Western (Wailing) Wall was never part of the Jewish Temple compound. Their “research” found no legitimate historic Jewish claim to Jerusalem—ever. Sadly, many are listening with itching ears.

The first decade of the 21st century witnessed a sobering disregard for moral and factual truth. As a willingly deceived world unites in unprecedented ways to intervene in the affairs of the Jewish State, it also sets in place new apparatus for global governance. To the extent this global governance is anti-Semitic, it will also be anti-Christian. Be forewarned, pray and act: these two forces, both in direct opposition to God, operate together.

The Jewish state faces a dilemma not unlike that of Hellenist Israel before her surrender to Antiochus IV, foreshadow of the anti-Christ. How then do we pray?

■ Please pray for a spirit of grace and supplication leading to repentance.

Sadly, many in Israel today desire to be like the other nations more than they desire to be a light to the nations. We’ve embraced the humanist ways of the world in the same manner we once embraced Greek Hellenism. God will not allow this to continue. “What you have in your mind shall never be, when you say, ‘We will be like the Gentiles, like the families in other countries, serving wood and stone’.” (Ezekiel 20:32)

■ Pray that as nations align against us, we will cry for mercy from the God of our fathers. While we’re thankful for the support of nations who still stand with us, our trust must be in Him alone. “Look! You are trusting in the staff of this broken reed, Egypt, on which if a man leans, it will go into his hand and pierce it. So is Pharaoh king of Egypt to all who trust in him.” (Isaiah 36:6)

■ Pray that Israeli Prime Minister Netanyahu and his government will stand in Maccabean courage and wisdom, uncompromising on biblical values. “Return to the stronghold, you prisoners of hope. Even today I declare that I will restore double to you.For I have bent Judah, my bow, fitted the bow with Ephraim, and raised up your sons, O Zion, against your sons, O Greece, and made you like the sword of a mighty man.” (Zechariah 9:12-13) 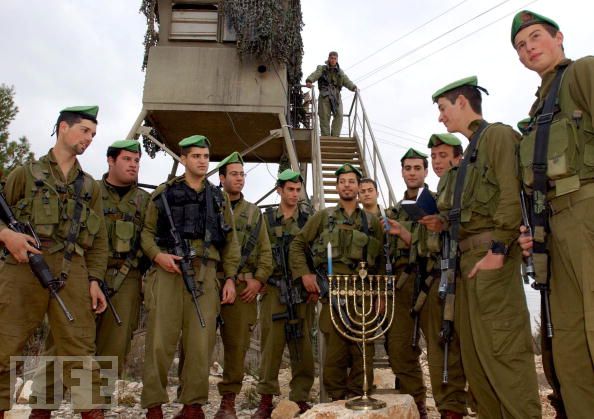 ■ Pray for God’s mercy amid judgment in the Middle East. He desires to shine light over millions trapped behind the Islamic veil. Pray for revival among the Palestinian, Arabic and Muslim peoples. Former Muslim believers who love Israel offer a compelling message and powerful testimony to the Jews. “For this is good and acceptable in the sight of God our Savior, who desires all men to be saved and to come to the knowledge of the truth.” (1 Timothy 2:3-4)

■ Pray for stabilizing forces in the governments of nations in the Middle East that have not fallen to Islamofascism, specifically, Egypt, Jordan, Turkey, and the future Iraqi government. ” In that day there will be a highway from Egypt to Assyria. The Assyrians will go to Egypt and the Egyptians to Assyria. The Egyptians and Assyrians will worship together. In that day Israel will be the third, along with Egypt and Assyria, a blessing on the earth. The Lord Almighty will bless them, saying, ‘Blessed be Egypt my people, Assyria my handiwork, and Israel my inheritance.'” Isaiah 19:23-25

■ Pray for God to mercifully withhold war from the Middle East until He sounds the battle cry. Pray the Israeli army, navy, air force and civilian homeland will all be prepared. Pray for protection, morale, leadership, intelligence, strategic coordination, and supply, as well as quick victory with minimal casualties. Pray that war will result in new openness to the Gospel throughout the Middle East. “The Lord gives voice before His army, for His camp is very great. For strong is the One who executes His word. for the day of the Lord is great and very terrible; who can endure it?” (Joel 2:11)

Your ticket for the: Israel Celebrates Hanukkah