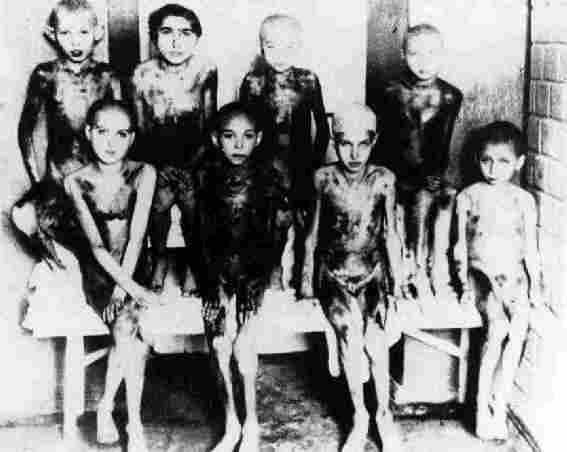 The Palestinian/Islamic objective is to strip Israel of its legal right to exist by fostering global hatred of the Jewish state. Unsuccessful thus far on military battlegrounds or through terror, Palestinians wield weapons of war in international propaganda that re-writes history and mocks scientific facts. Israel’s enemies have grown expert in false and biased news reporting. They are adept at organizing world wide boycotts of Israeli products—and Israeli people; at hate-mongering and scapegoating (blaming) Israel for the current climate of global distress; and, sadly, at resuscitating Christian replacement theology in the form of “fulfillment theology.” 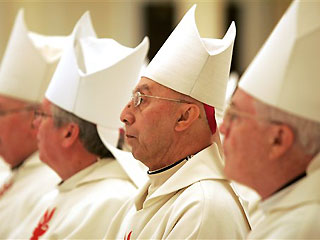 Last month, in the delegitimization war facing Israel, two battlefronts emerged assailing her legal right to exist as a nation: one political and one theological. Theologically, our hearts break that on October 23, in response to a call by Pope Benedict XVI, Catholic bishops convened, issued a strongly worded anti-Israel statement—and re-affirmed replacement theology. The bishops detailed a long (and unsubstantiated) list of alleged Israeli abuses against Palestinians. Then they decreed:

“The Holy Scriptures cannot be used to justify the return of Jews to Israel, or the displacement of the Palestinians, or to justify the occupation by Israel of Palestinian lands.” … We Christians cannot speak of the ‘promised land’ as an exclusive right for a privileged Jewish people. This promise was nullified by Christ. There is no longer a chosen people—all men and women of all countries have become the chosen people.” (Emphasis added.) (Quote reported by The Jerusalem Post, 10/24/10, p. 3.)

In their “Appeal to the International Community,” the bishops called upon the nations to establish a Palestinian state from all land gained by Israel in the Six-Day War, including Judea, Samaria and portions of Jerusalem.

No outcry against the bishops’ decree has been publicly issued and heard in Israel by representatives of the Catholic Church or any Christian group. The sounds of silence do not bode well for the Jewish perception of Jesus. Even worse, what does this silence say about the international Body of Christ? Shall we tacitly accept this official pronouncement that God’s promise to Abraham, Isaac and Jacob “was nullified by Christ”?

A second battlefront arose against Israel last month on the political front. The Palestinians have announced their plan to unilaterally declare a sovereign state, carved out of Israeli soil. The prospect for “self-appointed statehood” would have been approximately zero just a few years ago. Indeed, in the 1990’s, former PA President Yasser Arafat threatened such a maneuver. But today’s international arena is different.

“Therefore the law is powerless, and justice never goes forth” (Habbakuk1:4). As a former lawyer, I (Sandy) have observed how modern international law, based on traditional concepts of right and wrong, has given way to postmodern moral relativism. Moral relativism defines right and wrong according to humanistic principles of “situation ethics” bearing little relation to Biblical truth or justice. Furthermore, until now, the United States could be counted upon for a UN veto of a unilateral declaration of Palestinian statehood. But Islam’s mounting influence in both the UN and US administration, coupled with rising, worldwide anti-Israel sentiment, renders plausible the heretofore unthinkable. Although it would be terribly wrong, it is not necessarily impossible for the nations to collectively strip Israel of portions of her God-given land. Do the Scriptures suggest this could occur? 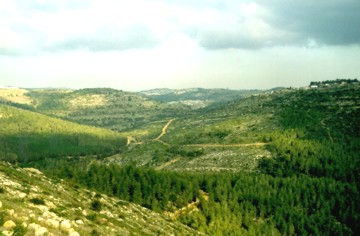 Joel 3:2 indicates that in the last days the nations divide up Israel’s land. Pointedly, in Ezekiel 36:1-5, the Lord admonishes His enemies who plunder and take possession of “the mountains of Israel.” “The mountains of Israel” refers to Judea and Samaria, commonly known today as the West Bank. The Golan Heights may also be included. In verse 7, God swears on oath that He will return those wrongfully confiscated mountains to Israel. Then He’ll cause them to flourish fruitfully and securely. Never again, declares verse 15, will the mountains hear the taunts of the nations or bear the peoples’ reproach.

Sadly, the mountains of Judea and Samaria are still subject to the daily taunts of the nations and bear the peoples’ reproach. Israel does not yet peaceably inhabit these lands, despite the best efforts of many Jewish settlers. When Ezekiel 36 is read in connection with Joel 3, it seems that in the last days—which could include our days—the nations outrageously divide Israeli land, at least for a brief period. (See also Ezekiel 35:1-14.) This is deeply grievous to God and to us. Both Ezekiel and Joel describe how the matter rouses God’s fury and judgment toward the nations.

One not impossible scenario is that, quite sadly, the mountains of Israel are taken from the Jewish people by a Palestinian State. Not long thereafter, regional military operations could result. But God miraculously intervenes. He glorifies His Name over the gods of both Isalm and traditional Judaism. Revival wonderfully erupts in Israel and the Middle East for a season. A great last days harvest sweeps the region!

In the above scenario Psalm 83 could represent the military operation involved. Never in Jewish history has the specific alignment of nations described in this psalm taken place. The people groups listed in that passage refer to areas in modern-day Jordan, Lebanon, Syria, Iraq, Gaza,and Western Iran. Also included are the Palestinian peoples. The aim of this international alliance is quite the same as the mantra sounded in the move to delegitimize the Jewish State: “Come, let us destroy them [Israel] as a nation (v.4).”

In Psalm 83, God’s people beseech Him to defeat His enemies and deliver His people. But then the psalm concludes with a powerful missionary petition: “That they [Israel’s enemies] may know that You, whose name alone is the Lord, are the Most High over all the earth.” God’s goal in war is that His glory be made known. He wants all to come to the knowledge of truth, turn to Him, and be saved.

When we pray for Israel, we must pray as well for her enemies. God’s heart yearns for both Jews and Arabs, indeed all peoples, to know He is Most High over all the earth. He’s preparing for—and so should we—the world’s most spectacular harvest of souls! As He told the prophet Habbakuk, “I will work a work in your days which you would not believe…For the earth will be filled with the knowledge of the glory of God!” (Hab.1:5; 2:14).

Your ticket for the: Aligning with Israel: Countering De-Legitimization