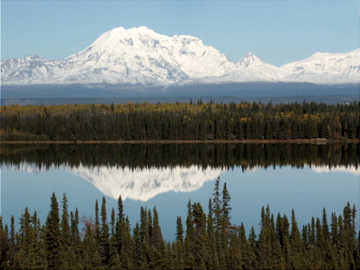 The Sabbath existed well before God’s law was written and given to Israel; indeed, before Israel ever came into being. When Deity designed from dust the climax of His creation—-mankind made in His image—-the universe experienced a holy hush, its first divine pause:

The original Sabbath, hallowed from before humankind’s fall to sin, was surely a spectacular event, a sanctified time between Creator and creation. All other biblically ordained days would relate in some respect to redemption from sin. But the Sabbath stands alone, set apart notwithstanding the rebellion of the created. On the very first seventh day God could thoroughly enjoy His creation and the untainted manner in which all that He made worshiped Him. He also, I believe, enjoyed Himself within the Godhead. This divine joy was shared in intimate, holy communion with flesh and blood human beings fashioned in His image. For our progenitors Adam and Eve, it was a day to uniquely partake of Yahweh’s delight in His glorious handiwork, ceasing from all creative endeavors and ministry associated with subduing the earth (Genesis 1:28). From the beginning, the Sabbath was a day of dedicated rest. Sabbath rest, therefore, is dedicated to God fundamentally as a memorial to creation and renewal of life in Him. It is intended to be the believer’s fundamental abode: “We who have believed enter that rest.” (Hebrews 4:3)

After Israel’s redemption from slavery in Egypt, God took His finger of fire and with it engraved His Word in stone. The result was the Ten Commandments, the fourth of which states:

“Remember the Sabbath day by keeping it holy. Six days you shall labor and do all your work, but the seventh day is a Sabbath to the Lord your God. On it you shall not do any work, neither you, nor your son or daughter, nor your manservant or maidservant, nor your animals, nor the alien within your gates. For in six days the Lord made the heavens and the earth, the sea, and all that is in them, but he rested on the seventh day. Therefore the Lord blessed the Sabbath day and made it holy.” (Exodus 20:8-11)

The fourth commandment mandates Sabbath rest not only for the children of Israel, but for everyone in the Israelite community, including “aliens” or Gentiles. God wants the seventh day kept holy and labor-free for everyone joined to His worshiping community. All, regardless of ethnic lineage, are blessed with a gift to “remember” the Sabbath.

To “remember,” according to the ancient Hebrew concept, is to do much more than intellectually recall an event. Biblical remembrance involves engaging one’s heart with the mind to re-live or re-experience a reality. Israel’s Sabbath observance, therefore, was intended as a means to regularly renew relationship with Yahweh. In addition, this weekly re-consecration to the Creator would serve as a national testimony and witness:

Israel’s weekly celebration of rest is a sign forever of Yahweh’s redemptive covenant with them. (Deuteronomy 5:15) This sign testifies to unbelievers, to every generation of God worshipers from the nations, and internally to Israel herself. It testifies of a covenant people no longer enslaved to the world, but set apart to Creator-Redeemer-God. In a world whose false gods afford humanity no sanctity of rest, Sabbath observance is a sign and wonder of Sovereign Love.

So supreme is the Sabbath that its desecration incurs death:

“Observe the Sabbath, because it is holy to you. Anyone who desecrates it must be put to death; whoever does any work on that day must be cut off from his people. For six days, work is to be done, but the seventh day is a Sabbath of rest, holy to the Lord. Whoever does any work on the Sabbath day must be put to death.” (Exodus 31:14-15; see also Exodus 35:2)

To the extent we do not maintain Sabbath rest, I believe something in us dies. Without weekly renewal in the day God blessed and made holy, I believe our minds, emotions and bodies can wear out prematurely. Spiritually, we can lose wholeness of life.

According to the Hebrew Scriptures, Israel dishonored the Sabbath because of idolatry:

The issue of idolatry still impinges on our observing this holy day. Whatever we worship more than God will often keep us from experiencing His Sabbath.

The children of Israel never entered God’s rest because of unbelief (which is probably always related to idolatry). Yet the promise still stands for everyone who does believe:

“There remains, then, a Sabbath-rest for the people of God; for anyone who enters God’s rest also rests from his own work, just as God did from His. Let us, therefore, make every effort to enter that rest, so that no one will fall by following their example of disobedience.” (Hebrews 4:9-11)

Messiah makes available to you and me, every moment of everyday of the week, a Sabbath-rest. To paraphrase, a dimension of this blessed and holy seventh day is now available to us always, transcending time. So the Sabbath is not eradicated; its scope is actually extended and expanded. What a gracious God we serve, for in the Sabbath He gives us the kingdom.

The Bible implies (and traditional Judaism teaches) that seven periods of 1,000 years have been allotted to planet earth. According to the Jewish calendar, at this writing, we are presently in year 5767. Recent research suggests the calendar could be off by about 200 years, rendering the world closer to 5,967 years old. In any case, we are very close to 6,000 years, the start of the seventh millennium. Since the Word says a year is as one day (2 Peter 3:8), the inception of the next millennium, according to biblical time, could herald a seventh so-called day. By this reasoning, the seventh “day” could usher in the pinnacle Sabbath of all time—-the rule and reign of Messiah on earth for, as the book of Revelation indicates, 1,000 years. (Revelation 20) This future paradisial period is commonly called in Christian theology “the Millennium.”

Could it be that just as God created the world in seven days, He destined its lifespan for seven days of 1,000 years? For 6,000 years (6 is the number in Scriptures representing mankind) man will have had his own way on earth. Following our own ways apart from Messiah for 6,000 years will culminate in depravity, destruction and devil-worship. (Revelation 16:1) That culmination represents ripeness for the release of His righteous judgements, ushering in the Messianic age, the fullness of the kingdom of God. Then the earth will experience its Shabbat —-its completion, wholeness and total restoration for a thousand years, its seventh day. After that comes a new heaven and earth beyond human imagination. (Revelation 21:1; 1Corinthians 15:24)

I believe that our remembering and rejoicing in the Sabbath now is a form of prophetic intercession for the Shabbat to come in the Messianic age. Sabbath observance in Messiah extends His kingdom rule and reign in the earth in a prophetic convergence. Righteousness, peace and joy in the Holy Spirit (Romans 14:17) are mediated through Sabbath observance as an intercessory act. At the same time, Sabbath constitutes intimate and holy communion between bride and Bridegroom. The supernatural and natural realms are transformed as the Spirit and the bride say “Come.” One day He will come indeed–and the Sabbath will get even better.

After Jesus returns, He will enforce weekly rest according to God’s initial design. Speaking of the Messianic age, the Scriptures prophesy:

“From one Sabbath to another, all mankind will come and bow down before Me. ” (Isaiah 66:23)

The Lord will rule and reign from His Holy Temple on Mount Zion in Jerusalem. The gate to the inner court of that Temple will be shut six days a week. But on the Sabbath day it will be opened. (Ezekiel 46:1) And “on the Sabbaths … the people of the land are to worship in the presence of the Lord at the entrance to that gateway.” (Ezekiel 46:3) Special entry will be afforded us into the presence of the Bridegroom King each Sabbath. Shabbat during the Millennium will be magnificent!

In the New Covenant, Jesus does not abolish the Sabbath day; He fulfills it. (Matthew 5:17) In simple terms, Messiah fills the Sabbath full of Himself. He becomes our Sabbath rest. In Him, a realm of seventh day rest is opened to us in the other six, just as a realm of the Millennial kingdom of God is available to us now, in this present age.

Yeshua and His disciples consistently remembered the Sabbath and kept it holy. There is no instance in the Scriptures of their desecrating the day. The King never taught His Jewish followers to abandon the Sabbath. He did denounce man-made religious traditions that were hypocritical at heart, thus violating and negating the spirit of seventh day rest. The manner in which certain religious leaders were observing the day dishonored God precisely because it remained holy. In this context Yeshua declared He is Lord of the Sabbath (Matthew 12:8), which was made for man. Man was not made for the Sabbath (Mark 2:27) but for God.

Like Yeshua, the Apostle Paul was a Sabbath-keeper who never taught believers to forsake the seventh day of rest (although he never specifically required Sabbath observance, either). He admonished the nascent body of Christ to worship in freedom: “Do not let anyone judge you,” he says, ” with regard to a religious festival, a new moon celebration or a Sabbath day.” These appointed times foreshadow the reality found in Messiah. (Colossians 2:16-17) They are available to bless all believers from all nations.

Gentile believers observing the Sabbath are promised a unique blessing:

“I will also bless the foreigners who commit themselves to the Lord, who serve Him and love His name, who worship Him and do not desecrate the Sabbath day of rest, and who hold fast to my covenant.” (Isaiah 56:6, NLT)

Dedication of the seventh day–in essence, a tithe of time amounting to one seventh of one’s life–is important to God. I have never met a believer, Gentile or Jewish, who chose to embrace a Sabbath lifestyle and then regretted it.

Today the majority of Sabbath-observant Christians rest on the first rather than seventh day of the week. The reason is primarily historical; institutional Christendom changed from Saturday to Sunday Sabbath in its early centuries.This was mostly due to a misplaced desire to sever Old Covenant roots from New Covenant faith. An early church tradition quite possibly involved gathering on the first day of the week in honor of the Resurrection. There is no evidence, however, that this original gathering was ever intended to replace the seventh day of rest.

Notwithstanding history, will Yeshua meet you if you choose to lovingly dedicate the first day of your week to worship in His rest? Do you think remembering your Creator, Redeemer, and Bridegroom King in this manner might bless Him–and you? As Yeshua once said to sincere seekers long ago, “Come and see.” (John 1:39)

Your ticket for the: Biblical Feasts: The Sabbath