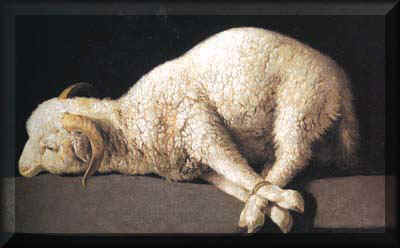 Passover is one of seven Levitical Feasts or “appointed times,” according to the Hebrew meaning of “feast.” The feasts are dates God has calendared to meet with His people according to seasons He has set. Passover was never meant to be mere ritual, but an encounter with the Eternal One. After celebrating well over 50 Passover feasts, I’ve learned that through them God revives faith and releases grace for protection, purity, power, and prophecy.

Passover commemorates God’s deliverance of Israel from slavery in Egypt. Recall that centuries earlier, Jacob and his sons had left the Promised Land and gone to live with Joseph in Egypt. There they prospered until a ruling pharaoh, fearful of their distinctiveness, enslaved them. God commanded the Hebrews’ release, but not until He sent ten increasingly dreadful plagues to the land would the pharaoh let them go. The night of the tenth plague God caused every first born son of every household in Egypt to be slain. But He “passed over” the households of all the Israelites. After that, the pharaoh let God’s people go.

The Hebrew for Passover is Pesach. The word implies the spreading of one’s wings or shawl over something to cover and protect it. The night of the tenth plague, God covered and protected the Hebrews by having them apply the blood of a slain lamb to the doorposts of their homes. On a future Passover, the exact same calendar day of the Hebrew year, a greater Lamb of God would be slain on Israel’s behalf. His blood applied to the doorposts of human hearts anywhere and everywhere would likewise cover “whosoever” from death.

When the Hebrews lived in Egypt they inhabited a certain area called Goshen. During the plagues God supernaturally and quite visibly protected Goshen. For example, while thick, palpable darkness descended on Egypt, light shone brightly in Goshen. Perhaps from witnessing this protection, many of the Egyptians joined the Hebrews in their exodus and aligned with YHVH (Exodus 12:38-39). Be encouraged that God will cause the same to happen in your life, however He chooses to protect you, as His glory and light shine through you.

“On the first day [of Passover] you shall remove leaven from your homes” (Exodus 12:15). In the Scriptures leaven symbolizes sin, and in God’s sovereignty, the Israelites had to hurriedly leave Egypt the night of the exodus. They did not have time to add the usual leaven to the bread they took with them into the desert (Exodus 12:31-34). Symbolically, sin had been removed from their camp. To remove any trace of leaven (or yeast) during Passover, many Jewish families today meticulously scrub down and clean their homes. Meanwhile, we who are delivered from sin and death by the Passover Lamb who is Yeshua (Jesus) are similarly told to purge the leaven from our lives (1 Cor. 5:7). At this season, might special grace for purity be available to God’s people?

The annual Passover story reminds Israel that our flesh and blood ancestors watched wide eyed as plagues destroyed ancient Egypt, the Red Sea parted and pharaoh’s armies drowned. “With a mighty hand the Lord brought us out of Egypt” (Exodus 13:14). But you have also watched God’s mighty hand deliver you from bondage to your enemy’s power. As with Israel’s deliverance from Egypt, God fights on your behalf. Sometimes the battle is greater than you expect only because the victory He intends is also going to be greater than you expect! The original Passover event was intended to glorify God and make known His salvation not just to the Israelites, but to the Egyptians and other nations. He used the pharaoh’s worsening resistance to His will to do it. Similarly, today’s battles are to glorify God and make known His salvation not just to those already in relationship with Him. They are intended to help achieve the deliverance and exodus from bondage of whole people groups and nations on earth.

If you’ve experienced a traditional Passover meal and story telling, or seder (Hebrew for “order”), you know the feast brims with prophetic foreshadows of Messiah. The Last Supper was in fact a seder following much of the liturgy still used by Jewish families today. Yeshua said to His disciples (His family), “I have eagerly desired to eat this Passover with you” (Luke 22:15) During the meal He identified the unleavened bread and wine with His own body and blood. The Church now calls this Holy Communion. Through other elements of the seder and Passover story, He was able to communicate symbolically what would occur over the next several hours on what is now called Good Friday. Prophecy would be fulfilled about His atonement for sin, the crucifixion and the Resurrection (Isaiah 53, Psalm 22).

I believe Yeshua still “eagerly desires” to share Passover with His disciples and family today. Now, I’m not suggesting a religious requirement. I’m merely reminding you that you’re invited freely into all the blessings of salvation! For ultimately, the exodus/Passover story foreshadows a future deliverance and redemption of all nations. The Bible teaches a period is coming when God will release judgments on the earth not unlike those that befell Egypt. Anti-God forces will resist Him in a manner reminiscent of the pharaoh. But during that time, many of His people will be protected in various ways (which may differ from our desired ways), as they were in Goshen. So between now and then, if our battles are greater than we expect, let’s remember the victory God intends is greater, too. Meanwhile, He will be with us as He was with Israel in Egypt. At the appointed time, Messiah will return and effect full victory. He will restore all the earth to the Kingdom of God. All nations will join in Israel’s exodus song: “Sing to the Lord, for He is highly exalted. The horse and its rider He has hurled into the sea” (Exodus 15: 21). Happy Passover!

Your ticket for the: Biblical Feasts: Passover