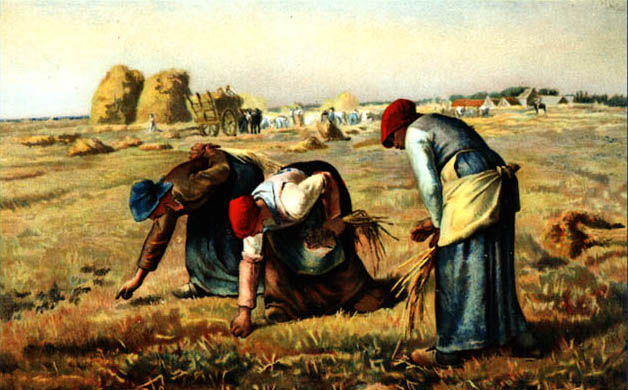 In Leviticus 23:15-22 God commands that after seven full weeks transpire following the Feast of Firstfruits, we are to celebrate the Feast of Shavuot. Shavuot is the Hebrew word for “weeks” and the feast is also known as the Feast of Weeks. In Greek it is referred to as Pentecost (50th), as the day occurs fifty days after the Passover Sabbath. It is a harvest festival where the first of the wheat harvest is offered to the Lord, ushering in a summer season of ongoing harvest and blessing. Shavuot, along with Passover and Tabernacles, is one of three pilgrimage festivals the Lord commanded the men of Israel to observe by going up to Jerusalem. On Shavuot, two loaves of leavened wheat bread were waved before the Him as an offering. This is the only day of the year when an offering with leaven (symbolic of sin) is presented, perhaps reflecting the reality of any human sacrificial undertaking on this earth in this present age.

Shavuot is regarded as the day on which God gave the Torah to Moses on Mt. Sinai. It is therefore considered the birthday of the nation Israel. By divine design, on this same day, God gave the Holy Spirit to the followers of Yeshua, and Pentecost is considered the birthday of the Church. God’s feasts (meaning “appointed times”) are beautifully synchronized to reflect and mediate His love relationship with humanity and prophetic sovereignty.

It is customary in the synagogue to read the Book of Ruth on Shavuot. This year Shavuot begins at sundown on June 8. Some speculate that Ruth is read because the story occurs at a time of harvest. Although this is true, I believe that the prophetic message contained in the Book of Ruth is key to seeing the Holy Spirit poured out on the earth in a powerful way, and that is the inspired reason for this tradition. After all, it was at Shavuot that the Spirit of God was poured out on the believers in Jerusalem in a new way almost 2000 years ago, ushering in the Kingdom of God in a manner not previously experienced upon the Earth. In hopes of understanding this better, let us examine the Book of Ruth.

In chapter 1 we see that a family has to leave Bethlehem, (literally, the house of bread) and travel to a foreign land because of famine. They leave the place of nourishment to enter a land of foreign gods. The name of the man was Elimelech, which means, “my God is King.” His wife is Naomi, which means “pleasant”, but which also is a play on words for “my people.” We see how God was married to His people, Israel. However, something happens in the land of foreign gods, and Elimelech dies, symbolizing the presence of God being withdrawn from the Jewish people. Naomi is left with her two sons. They are her hope for a future. Their names are Mahlon, which means “sick or afflicted”, and Chilion, which means, “consumed or failing”. This is the hope of Israel without her God. The sons marry Moabite women, Orpah and Ruth, and then the sons die also.

Naomi hears that God has remembered His people in Judah by giving them bread, and she decides to return. She instructs her daughters-in-law to remain in Moab rather than coming with her. Orpah, whose name means “turning of the neck” as one would in turning back, turns from Naomi and remains in Moab. Ruth, however, will not leave her. In verses 16-17 Ruth, whose name means “friend”, offers to Naomi these beautiful words: “Don’t urge me to leave you or to turn back from you. Where you go I will go, and where you stay I will stay. Your people will be my people and your God my God. Where you die I will die, and there I will be buried. May the LORD deal with me, be it ever so severely, if anything but death separates you and me.”

We see the relationship between Gentile and Jew develops, representing the Church and Israel. Ruth and Naomi return to Bethlehem, but Naomi now refers to herself as Marah, which means “bitter.” Such is our lot without our God and our hope. Ruth meets a kinsman of Elimelech named Boaz. Boaz protects Ruth, shows her special kindness by inviting her to glean in his fields. What we see is the Gentiles begin to glean in the fields of Israel and come under the protection of the God of Israel. Ruth is told to “stay in this field.” When Ruth asks Boaz why she has found favor in his sight, he replies: “I’ve been told all about what you have done for your mother-in-law since the death of your husband–how you left your father and mother and your homeland and came to live with a people you did not know before. May the Lord repay you for what you have done. May you be richly rewarded by the Lord, the God of Israel, under whose wings you have come to take refuge.” Ruth 2:11-12

We see that because Ruth the Gentile treats Naomi with kindness and joins with her that Ruth gets noticed, and that blessing follows. As Ruth works in the fields of Israel, she brings grain to Naomi to bless her. Through this act of kindness by Ruth, Naomi discovers that it is Boaz who has befriended Ruth. Naomi proclaims: “The Lord bless him!” Naomi said to her daughter-in-law. “He has not stopped showing his kindness to the living and the dead.” She added, “That man is our close relative; he is one of our kinsman-redeemers.” Ruth 2:20

When Naomi sees the blessing of Ruth, and how Ruth has extended that blessing to her, she turns and says, “it is our redeemer.” So too, will the Jewish people turn to their redeemer when they see the Church blessed and that blessing lovingly extended to them.

Naomi tells Ruth how to “win” Boaz and they execute a plan. This plan succeeds as Boaz blesses Ruth “because she did not go after young men”; she went after that which was really better. Boaz falls for Ruth, but per custom, offers to another kinsman the first right to redeem Ruth. When that kinsman declines, Boaz makes Ruth his wife and offers these words: “Today you are witnesses that I have bought from Naomi all the property of Elimelech, Kilion and Mahlon.” Ruth 4:9

All that belonged to destruction and despair, all that was sickly and afflicted, the redeemer took. Boaz goes on to say: “I have also acquired Ruth the Moabitess, Mahlon’s widow, as my wife, in order to maintain the name of the dead with his property, so that his name will not disappear from among his family or from the town records. Today you are witnesses!” Ruth 4:10

Boaz and Ruth marry and have a son, Obed, which means “servant”. He is called Naomi’s son. He is referred to as a GOEL, a redeemer for her.

“He will renew your life and sustain you in your old age. For your daughter-in-law, who loves you and who is better to you than seven sons, has given him birth.” Ruth 4:15

We see how the redemption of the Gentles by the Jewish redeemer brings blessing to Israel. It was through Naomi that Ruth came to the Promised Land and received her blessing, and it was through Ruth that Naomi receives her redemption.

This is the message of Ruth; the hope of life from the dead as God’s Spirit is poured out in response to the Jews turning to their redeemer because of the love of the Church. Happy Shavuot!

Your ticket for the: Biblical Feasts: Shavuot