Why and How We Should Pray Now for Netanyahu’s Coalition Government: 10 Target Prayer Points 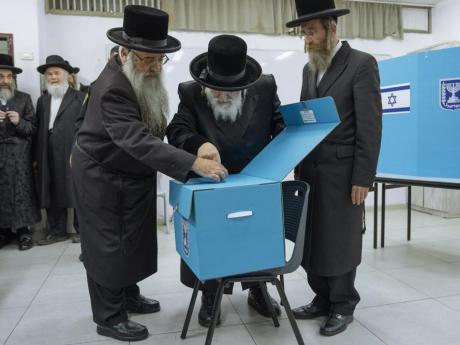 Earlier this month, Israeli voters cast their ballots to elect the most right-wing government in our country’s history. While I did not personally vote for any of the parties likely to form that coalition, I do believe the election results reflect God’s gracious answer to our prayers. Much fervent and unified intercession went into this election, not only from Israeli believers, but from Christians around the world. In His mercy and grace, our heavenly Father responded. In Him we place our trust and hope, not in men.

Here in Israel, we prayed and proclaimed that God’s will be done in establishing a government which would best accomplish His plans and purposes for Israel’s restoration and His kingdom on earth. We specifically petitioned that, as a nation, we not elect the leaders or government that we deserve. Instead, we asked for mercy: for governing leaders whose hearts God could most readily turn to align with His. (Proverb 21:1) Notice this does not necessarily mean the government is or will be good in and of itself. It does mean He will use it to align with His thoughts and ways that are higher and grander than our natural capacity to comprehend. (Isaiah 55:8-9)

Meanwhile, Benjamin Netanyahu has been tasked with cobbling together the next coalition government. Let us not assume, however, he can or will form a coalition without the prayers of God’s ekklesia. Netanyahu, who is not an extremist, faces the difficult challenge of building and leading extremely right wing and often uncompromising political parties.  His potential coalition, moreover, represents only about half the Israeli public. In fact, half of Israeli voters cast their ballots for more centrist or left leaning parties. This anomaly has been overlooked in much of the mainstream and social media.

There’s still more. Some of the extremist parties, whose support Netanyahu needs to form a government, have presented him with shocking ultimatums, demands and preconditions to joining his coalition.

How then shall we pray?  I suggest we trust and hope in God alone, not men, then target the ten points below. The list is not exhaustive. It necessarily oversimplifies nuanced and complex issues. For that reason, I have included small bits of background information where it could be helpful to international readers. Rest assured, however, that you do not need to understand all the subtleties of the Israeli political system to pray effectively. What is more important is the redemptive work of Yeshua, genuine passion of your heart, prayer in and by the Spirit, and your faith in the One who hears prayer.

Thank you for praying with us!

Your ticket for the: Why and How We Should Pray Now for Netanyahu’s Coalition Government: 10 Target Prayer Points

Why and How We Should Pray Now for Netanyahu’s Coalition Government: 10 Target Prayer Points