UN Resolution on the Temple Mount: A Prophetically Laughing Matter 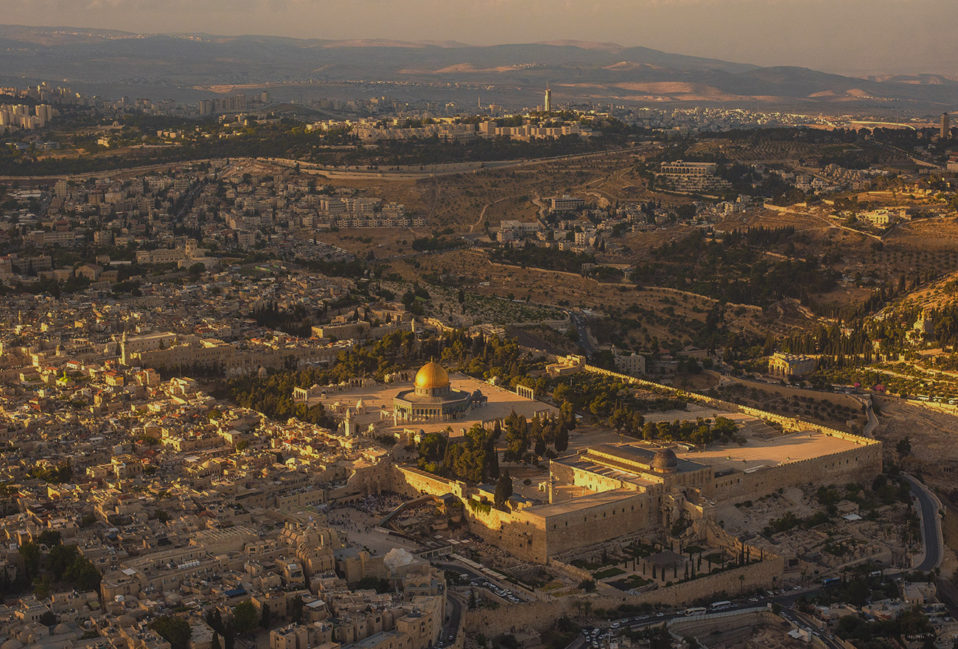 On October 16, 2016 UNESCO (UN Educational, Scientific and Cultural Organization) passed a resolution dismissing any Jewish or Christian ties to the Temple Mount – past, present or future – in favor of Muslim/Palestinian claims.

The UNESCO vote was part of the broader lawfare campaign being waged against Israel by the Palestinian Authority. (Lawfare is warfare not through military means, but by manipulating democratically enacted laws of Western civilization for otherwise illegal political goals.) The immediate Palestinian goal is to erase any historical Jewish connection to East Jerusalem. The longer term goal concerns the erasure of all Israel. Only six countries (the US and five EU members) opposed the resolution. Twenty-six abstained. Tellingly, Russia and China voted in favor.

Israeli officials are outraged. Reportedly, they offered elementary level history lessons to UN members. Daily since the vote, the Israeli media has published fresh archeological and historical evidences of ancient Jewish jurisdiction over the Temple Mount. Last week during Sukkot, Israelis flocked to the site in numbers far greater than the past several years. And in typical Israeli fashion, jokes are abuzz about the UN.

Some nations now express regret for having passed the resolution. Others, like UNESCO’s head director, are downright embarrassed. Even the Muslim-friendly Pope has decried the absurdity of this resolution.

We’ve shared for decades the climactic battle of this age will be over who is worshiped on God’s holy hill. The UNESCO vote seems to signal we are nearing the time when all nations gather militarily around Jerusalem to wrest control of the city. But in that day, God makes Jerusalem a “cup of reeling” and “massive stone” the nations can not move. Their campaign backfires. (Zechariah 12:2-3, TLV)

YHVH has put His name on Mount Zion forever. (2 Chron. 6:6, 7:16) Nevertheless, according to Psalm 2, the nations rage against Him and His Anointed. As they do, He sits in the heavens – and laughs. God is not troubled! For outside of time, He sees the day when He quells human rebellion and Messiah rules the earth.

Written by King David, Psalm 2 has never been literally fulfilled. But the reality it describes has manifest, to varying degrees, from the Tower of Babel to UNESCO’s most recent and mind-bending decree. It is a reality you and I face today.

In 5777, as tumult continues jolting nations, we need to remember that God laughs. This does not mean He lacks compassion toward those who suffer in the process of global distress. He laughs because He sees the glorious end of that process. We who are seated with Him in heavenly places can catch a glimpse of that glorious end as well. More than “can,” I daresay that in these tumultuous times, we must. So be blessed in His joy as your strength as you persevere in grace to the end!

If you’re a Christian who couldn’t come to Jerusalem for Tabernacles, watching this short video might be the next best thing to having been here. The producer is an Israeli Jew who is an American immigrant not believing in Yeshua. But the viewing is still enjoyable!

Simchat Torah (Rejoicing in the Torah) is celebrated annually the day after Sukkot. On that day observant Jews worship and dance in thankful joy for the gift of God’s Word. They finish the year’s cycle of weekly Torah readings with Deuteronomy 34, and immediately start again with Genesis 1. This is to show that the study of Torah never ends. In today’s shaken world, it is also a beautiful reminder of the certainty of God’s Word.

Simchat Torah is not a Levitical feast or biblical holiday – though it is clearly not unbiblical. The celebration derives from Talmudic tradition. Liturgical festivities were not formalized until the Middle Ages.

Yeshua is the living Word who graciously became flesh and tabernacled among us. Therefore, Christians can wholeheartedly rejoice today together with the Jewish people! And, if you’ve never read through the Hebrew Scriptures according to the annual, traditional Jewish schedule, I encourage you to try it. You’ll likely be amazed at how relevant those specific portions are to what you’re experiencing in the Spirit each week. One good Messianic guide for this purpose is at http://torahportions.org/thisweek/.

“I rejoice in Your Word like one who discovers a great treasure.” (Psalm 119:162, NLT) Be blessed today by God’s holy commands and unshakeable love for you!

Your ticket for the: UN Resolution on the Temple Mount: A Prophetically Laughing Matter

UN Resolution on the Temple Mount: A Prophetically Laughing Matter