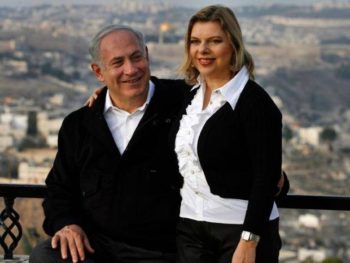 As 2017 dashes to an end, Israelis across the spectrum are concerned with what could soon be the end of another sort: the tenure of Prime Minister Benjamin Netanyahu. According to news reports, protracted investigations into three cases of possible bribery, breach of trust and corruption on the part of the prime minister are coming to a close. Sadly, it seems more likely than not the Israeli police will recommend the Attorney General indict him on at least one of the cases early in 2018.

This is not the first time the Israeli media have published leaks about a forthcoming recommendation to indict the prime minister. Each time, the police have delayed their recommendation to collect better evidence. Meanwhile, public outrage against Netanyahu has steadily mounted. This is due in no small part to Israel’s left leaning media, which strongly opposes his conservative coalition government.

If Netanyahu is not indicted, growing resentment toward him could still result in a vote of no confidence in his administration. Such a measure would bring down the government, leading to new elections. It is widely thought the PM would not survive another election. However, Israeli politics being what they are—and God being Who He is—any number of alternative scenarios could unfold.

Did Prime Minister Netanyahu wrongly accept or offer bribes? According to the media, the most incriminating evidence obtained against him to date strongly suggests he received lavishly expensive gifts of cigars and champagne (and most recently, a piece of jewelry for his wife Sara) from personal friends. Israeli law prohibits public officials from receiving gifts, but is ambiguous as to gifts from personal friends. Should gift cigars and champagne mandate removal from office? Israeli opinion is divided. The PM, meanwhile, maintains he is innocent of wrongdoing. We sincerely hope he is correct.

Our prayer has been that any wrongdoing on Netanyahu’s part would be confessed forthrightly to God. We believe he is an excellent leader in many ways. It is not an overstatement to say he is also a prime target of global spiritual warfare. But he is only human and not beyond sin. Like other heads of state, he has made mistakes, some serious. For many months we’ve asked the Holy One to deal privately with him face to face, according to His righteous and merciful judgments. We believe Mr. Netanyahu is in office because God wanted him there. We do not want him to resign or be removed until God’s appointed time. We also believe God’s time is not necessarily fixed; it depends partly on choices the prime minister makes, partly on our intercession, and more.

Whether or not Mr. Netanyahu has committed any crime, his leadership will at some time come to an end. To everything there is a season—and then the season changes. As revealed in this week’s parasha or Torah portion,* called Vayechi, the wise prepare in advance for it.

Parasha Vayechi (Genesis 47:28-50:26 with haftarah 1 Kings 2:1-2) focuses on succession. It reminds us that every leader, including those highly esteemed and beloved, leads only for a season. This week’s parasha gives timely insight on how to pray for both our current prime minister and his successor.

In Vayechi, the patriarch Jacob knows his season on earth is nearly finished. He wisely uses the time he has left to bless and propel his twelve sons into their destiny. As successors to God’s covenant purposes, they must pick up where Jacob leaves off. And so the patriarch’s final “purpose under heaven” is to pass along to them what he inherited and what he knows should in the future take place. His final words help ensure God’s purposes will be fulfilled.

Similarly, in 1 Kings 2, King David transfers ruling authority to his son Solomon. The noble warrior and beloved premier is now old, weak, and mostly incapacitated. His son Adonijah has just tried to usurp the throne. Apparently, David did not prepare very well tactically for a peaceable transition of power—and this should serve as a warning to us. The prophet Nathan, together with David’s wife Bathsheba, have intervened so that Solomon would be appointed king. (1 Kings 1:1-47)

As his son is enthroned David declares: “Praise be to the Lord, the God of Israel, who has allowed my eyes to see a successor on my throne today.” (1 Kings 1:48) A man after God’s heart, David rejoices to see his rightful successor replace him. He urges Solomon to walk in obedience to YHVH, gives final policy recommendations and builds his son’s confidence before he dies. (1 Kings 2:1-12) Many years later, King Solomon regrets that he himself does not have and presumably did not groom, a trusted successor. (Ecclesiastes 2:18-21) Not coincidentally, Israel never again experiences the victory, peace and prosperity marked by the David – Solomon era.

That, during the week of parasha Vayechi, Israeli media would report on the likely recommendation of Netanyahu’s indictment highlights the need to pray not only for our current government, but for that which God would raise up to succeed it. Prime Minister Netanyahu has blessed Israel and the nations during his record-setting, nine year tenure. But he is merely human like Jacob, David and Solomon. There is but a season to his leadership, a time for the purpose under heaven he is to fulfill.

To repeat, we want Mr. Netanyahu to remain in office for as long as God wants him there. We want him covered and shielded with truth, righteousness, justice, and where necessary, repentance. Meanwhile, we believe it is also time to pray very intentionally for the person who will succeed him as Prime Minister of the State of Israel.

A serious concern among Israelis is the apparent lack of any leader with sufficient governmental and moral stature and expertise, experienced in matters of national security. But the Scriptures give us hope. When ancient Israel turned to YHVH and cried out for a leader, He graciously provided one. We believe He will do the same today when the time is right. Will you join us in this prayer as we head into 2018?

The Holy Spirit has impressed us to focus on five strategic points.

Isaiah 9:6 The government of Israel is on Messiah’s shoulders.

2. Ask God to personally and privately deal with, restore and revive PM Netanyahu on a daily basis.

Proverbs 21:1-2 “The king’s heart is in the hand of the Lord; He directs it like a watercourse wherever He pleases. All a man’s ways seem right to him, but the Lord weighs the heart.”

Proverbs 14:34 “Righteousness exalts a nation but sin is a reproach to any people.”

Psalm 125:3 3 “The scepter of the wicked will not remain over the land allotted to the righteous, for then the righteous might use their hand to do evil.” (Sadly, many Israeli leaders have been found guilty of corruption. Petition God to graciously stir all our leaders with conviction and passion for truth, righteousness and justice.)

3. Pray that Netanyahu will not be prematurely removed from office, especially if he is victim of lies or evil schemes.

Psalm 35:4, 8 “May those [evil forces] who plot my ruin be turned back in dismay. Since they hid their net for me without cause and without cause dug a pit for me, may ruin overtake them by surprise—may the net they hid entangle them, may they fall into the pit, to their ruin.”

Psalm 140:3-4 “Rescue me, O Lord, from evildoers; protect me from those who … make their tongues as sharp as a serpent’s; the poison of vipers is on their lips.”

Proverbs 21:30 “There is no wisdom, no insight, no plan that can succeed against the Lord.”

Psalm 25:3, 9 “No one whose hope is in You will ever be put to shame… He guides the humble in what is right and teaches them His way.”

4. Pray in faith for God to prepare and raise up the next prime minister at the right time.

Judges 6:7-11 “When the Israelites cried out to the Lord because of [their enemy] Midian, He sent them a prophet” and raised up Gideon.

Judges 3:15 “Again the Israelites cried out to the Lord and He raised up for them a deliverer.”

Romans 13:1 “There is no authority except that which God has established. The authorities that exist have been established by God.”

5. Pray that Mr. Netanyahu will recognize and help groom the person God chooses to succeed him.

Genesis 49-50 Jacob blesses and helps empower the successors to God’s covenant, his sons.

Numbers 27:15-20 Moses said to the Lord, “May the Lord…appoint a man over this community to go out and come in before them, one who will lead them…” So the Lord said to Moses, “Take Joshua…and lay your hand on him…Give him some of your authority so the whole Israelite community will obey him.”

In this passage, Moses takes the initiative regarding a protege-successor and God responds. In the current situation, PM Netanyahu has led the country for so long that he possesses unmatched and undisclosed expertise. Ask God to stir his heart to seek His will for a trustworthy successor he can mentor behind the scenes.

1 Timothy 2:1-4 “I urge, then, first of all, that requests, prayers, intercession and thanksgiving be made for everyone—for kings and all those in authority, that we may live peaceful and quiet  lives in all godliness and holiness. This is good and pleases God our Savior, who wants all men to be saved and to come to a knowledge of the truth.”

* Since ancient times, the Jewish people have read the Hebrew Scriptures according to a fixed, yearly timetable. This timetable divides theTanakh, or Old Testament, into weekly portions called parashas. The parasha read in the diaspora is presently one week behind that read in Israel; Vayechi was read in Israel last week.

Your ticket for the: Preparing for 2018: “To everything there is a season and a time for every purpose under heaven.” (Ecclesiastes 3:1)