Prayer Points for Israel at the New Year 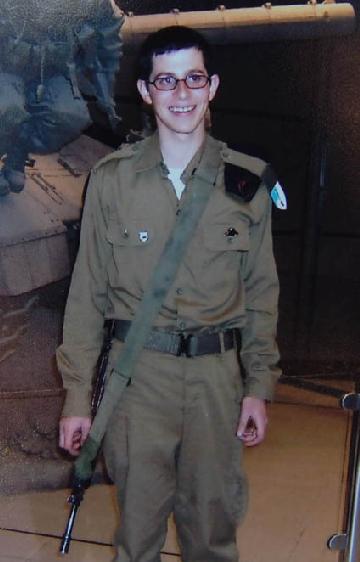 Gilad Shalit: A Prophetic Perspective
Negotiations continue for the release of Gilad Shalit, the young Israeli soldier kidnapped 3 ½ years ago and held captive by Hamas in Gaza. For his return, Hamas demands an exchange of nearly 1,000 terrorists from Israeli jails. Some of the terrorists are major Hamas masterminds. Many Israelis are demanding Gilad’s release at any cost. Others with a more conservative approach toward prisoner exchanges nevertheless ache deeply for the young man and his family. Israelis instinctively sympathize with the Shalits, as the next kidnapped soldier could be their own son, dad, or brother. Unwittingly and probably unknowingly, Gilad Shalit has captured the heart of the nation.

Several times in the past, Israel has released huge numbers of terrorist prisoners in exchange for less than a handful of its own soldiers. Sadly, some of those soldiers have been returned as corpses. Meanwhile, it is known that over half the terrorists released have gone on to murder more Israelis. As Prime Minister Netanyahu put it, he must make the difficult choice of saving a young soldier’s life or protecting the country from the loss of other lives in the future.

In the Bible, the name Shalit means “prince” or “warrior,” while Gilad means “site of testimony.” Because “Israel” can mean “prince with God,” perhaps the Jewish State can be seen as a warrior-prince testifying to the world through captured Gilad. As this dear young man suffers humiliation and torture at the hands of allah-worshipers, what is God’s message to us?

The prophetic Scriptures describe a sober situation when “one thousand shall flee at the threat of one” (Isaiah 30:17). In that context God is rebuking His people for seeking man’s help, rather than His help, in times of trouble. Today, potentially a thousand terrorists are ready to flee at the threat of one, specifically, the murder (God forbid) of Gilad Shalit. No good solution exists. There is only one genuine hope for Israel—as there is for the nations of the world—and as there is for you and me in our own times of trouble. 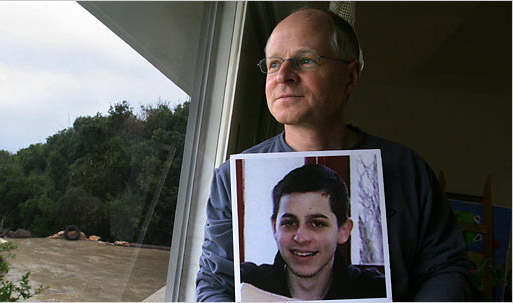 Gilad’s father Noam holding a picture of his son

We generally do not include lengthy portions of Scripture in our articles and letters, but in this instance a summary does not suffice. The larger context of Isaiah 30:17 seems to bespeak the testimony of warrior-prince Shalit:

This is what the Sovereign Lord, the Holy One of Israel, says: “In repentance and rest is your salvation, in quietness and trust is your strength, but you would have none of it. You said, ‘No, we will flee on horses.’ Therefore you will flee! You said, ‘We will ride off on swift horses.’ Therefore your pursuers will be swift! A thousand will flee at the threat of one; at the threat of five you will all flee away, till you are left like a flagstaff on a mountaintop, like a banner on a hill.” Yet the Lord longs to be gracious to you; he rises to show you compassion. For the Lord is a God of justice. Blessed are all who wait for him! O people of Zion, who live in Jerusalem, you will weep no more. How gracious he will be when you cry for help! As soon as he hears, he will answer you. Although the Lord gives you the bread of adversity and the water of affliction, your teachers will be hidden no more; with your own eyes you will see them. Whether you turn to the right or to the left, your ears will hear a voice behind you, saying, “This is the way; walk in it.” Then you will defile your idols overlaid with silver and your images covered with gold; you will throw them away like a menstrual cloth and say to them, “Away with you!” He will also send you rain for the seed you sow in the ground, and the food that comes from the land will be rich and plentiful. (Isaiah 30:15-23, NIV, emphasis added.)

God longs to be gracious to us. He rises to show us compassion. He is merely waiting for our sincere cry to Him for help. As soon as He hears it He will answer and show us His ways. Blessings will abound.

The collective soul of the country aches over Gilad Shalit. But God knows how to free this soldier and redeem the tragic situation. May broken hearts turn to Him in spirit and in truth.

Your ticket for the: Prayer Points for Israel at the New Year

Prayer Points for Israel at the New Year