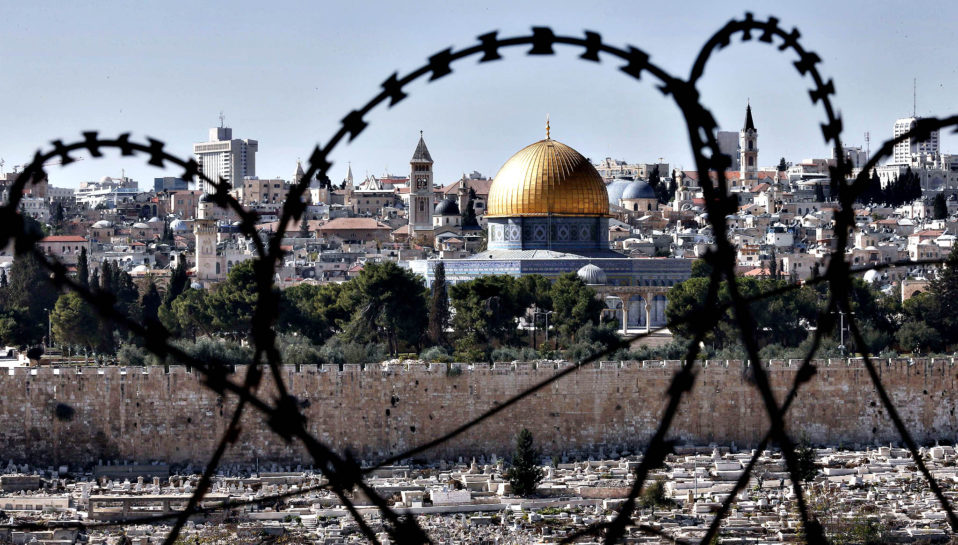 Israel Defense and Police Forces are preparing for mass violence and terror called for by some Palestinian leaders to begin moments from the time I now write. Attacks are threatened throughout Judea and Samaria, but especially on the Temple Mount. Tensions and skirmishes concerning the Temple Mount began last Friday when three Arab Israeli citizens left the al-Aqsa mosque located there, then shot and killed two Israeli police officers in an unprovoked act of terror. The officers turned out to be Druze, who are neither Jewish, Muslim nor Christian, but their own religious sect. (Israeli Druze lived in the Land before the re-establishment of the Jewish state, chose to stay here, and as a result became full-fledged citizens.) Other, nearby Israeli police officers shot and killed the terrorists.

Israel believes the tragedy took place because of low level security measures on the Temple Mount. Muslims entering or exiting the Mount do not pass through any airport-like metal detectors Jews (and others) must walk through to access the Western Wall. The terrorists were able to freely exit the Temple Mount with their weapons and open fire on their victims. Israel responded by closing down the Temple Mount for two days to install metal detectors like those used to protect the Western Wall. Palestinians responded with more terror and violence. High level clerics have called for tens or hundreds of thousands of Muslims, including Arab Israeli citizens, to swarm the Temple Mount, Judea and Samaria on Friday. Hamas in Gaza and some Fatah authorities in the PA have declared July 21 a “Day of Rage” if Muslims are forced to walk through metal detectors for their Friday morning prayers. (Meanwhile, not to be forgotten is the escalating crisis this week with Hezbollah for violations of its ceasefire agreement with Israel.)

Why the fuss over seemingly simple metal detectors? By longstanding agreement, jurisdiction of the Temple Mount compound rests in the hands of a Jordanian Islamic religious authority called the Waqf. Israel retains control only of access to the Mount, not the actual compound. Muslims claim the metal detectors violate the status quo of this agreement by encroaching onto Temple Mount property. Israel claims the security devices do not encroach onto the Mount itself, are minimally invasive, commonly used around the world, and are essential measures to keep the peace in order to maintain the status quo. The US, together with Jordan and Saudi Arabia, tried to broker an agreement to resolve the crisis before Friday morning, Israeli time. They were not successful. As of this writing, the Netanyahu administration left the final decision about using metal detectors to the judgment of the Israeli Police, as realities on the ground unfold.

The current crisis cannot be understood apart from the fact it reflects intensifying, last days’ warfare taking place in heavenly realms. Ultimately, the warfare over Israel is about the battle for Jerusalem, which is about the battle for Mount Zion (Temple Mount), which is about who will be worshiped there: Yeshua or an anti-Messiah type imposter. As of now, here’s how you can pray:

Thank you and God’s favor be on you for praying! References include:

Your ticket for the: High Alert for Temple Mount Violence Expected Friday July 21 during “Between the Straits”