During the Omer Count: Israel Independence and Memorial Days 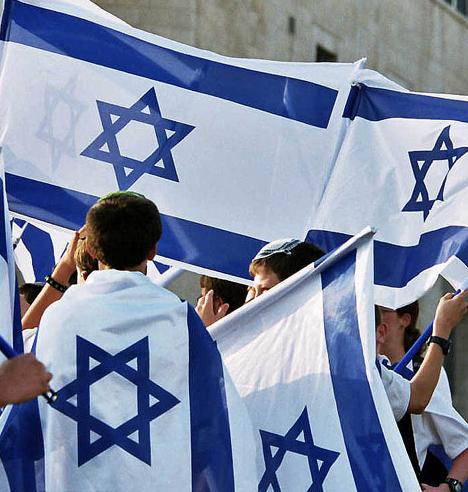 “I am alert and active, watching over My Word to perform it.” (Jeremiah 1:12, Amplified Bible)

The State of Israel will celebrate its 64th birthday on April 26. By law, Memorial Day is always observed the day before. Fallen soldiers are honored, as well as police and fire fighters whose lives ended in service to the country. Also remembered are the many thousands of Jewish victims of Palestinian terror, whose numbers sadly continue to rise.

Israel was reborn during the time of year known as the “Counting of the Omer.” Based on Leviticus 23:15-16, this period spans the 50 days between the Feast of First Fruits (Resurrection Day) and the Feast of Shavuot (Pentecost). During this time—which we are now in—Yeshua appeared to His disciples, ushered them into new levels of His Word, and ascended to the Father.

Rabbinic tradition teaches that God handed Israel the law at Sinai on Shavuot, thereby entering into marriage-like covenant with her. Christian scholars regard Pentecost as the fulfillment of Shavuot, marking the inception of the Church.
Messianic faith connects the two events, viewing the day as an appointed time to renew our vows with the Coming Bridegroom King.

To count the omer is to prepare for that day, immersed in His Word. From a Messianic perspective, it is to watch expectantly and intimately with God. “I am alert and active, watching over My Word to perform it.” (Jer. 1:12, Amplified Bible) It is no coincidence that Israel’s rebirth took place during the omer count on May 14, 1948. Zionism’s watershed event signaled a cosmic, prophetic shift in God’s dealings with humanity.

Bear in mind that “Zion” can be translated “Signpost,” a derivative meaning from “citadel.” The word “Zionism,” (or its variants) appears over 150 times in the Bible. It is a word the Arab nations despise, including many Christians within them. For that reason, the same day Israel celebrates restored statehood, Arabs mourn vociferously over “Nakba Day.” “Nakba” is Arabic for the word, catasrophe. Nakba Day has spread throughout the world in recent years. Since Israel is a democracy, it is publicly observed even within the Jewish state by some Israeli Arab citizens.

Given all of the above, and as we count the omer, how can Messiah’s Bride celebrate what He is doing through Israel’s Independence Day, while also honoring Memorial Day, and blessing the Arabs? God gives to the nations a precise word to proclaim, uniquely appropriate at this time:

“Thus says the Lord: Sing with gladness for Jacob, and shout among the … nations; proclaim, give praise, and say, ‘O Lord, save Your people, the remnant of Israel!’

“Behold, I will bring them from the north country, and gather them from the ends of the earth, among them the blind and the lame, the woman with child and the one who labors with child, together; a great throng shall return there. They shall come with weeping, and with supplications I will lead them. I will cause them to walk by the rivers of waters, in a straight way in which they shall not stumble. For I am a Father to Israel, and Ephraim is My firstborn.

“Hear the word of the Lord, O nations, and declare it in the isles afar off, and say, ‘He who scattered Israel will gather him, and keep him as a shepherd does his flock.’ For the Lord has redeemed Jacob, and ransomed him from the hand of one stronger than he. Therefore they shall come and sing in the height of Zion.” (Jeremiah 31:7-12a NKJV)

Proclaim this passage over Israel for her protection and full prophetic restoration!

Your ticket for the: During the Omer Count: Israel Independence and Memorial Days

During the Omer Count: Israel Independence and Memorial Days