Aligning with God’s Calendar: After the Resurrection 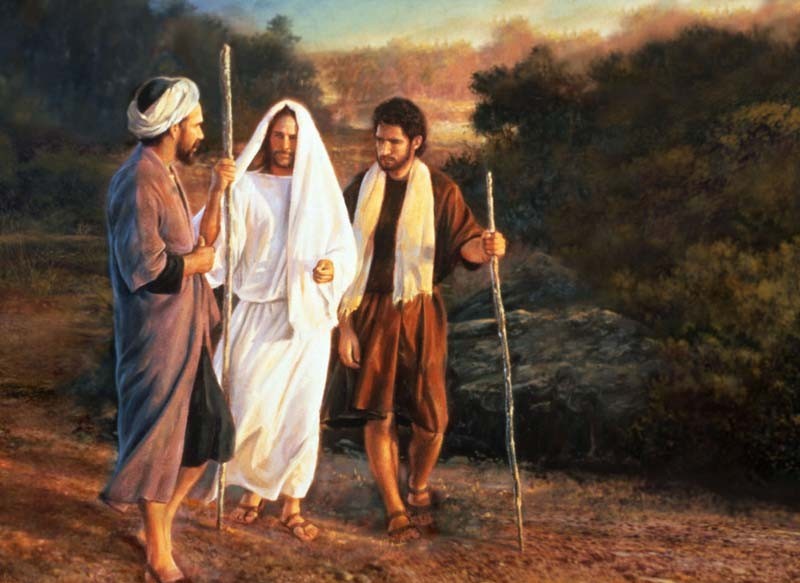 “Were not our hearts burning within us while He talked with us on the road and opened the Scriptures to us?” (Luke 24:32)

Yesterday the Body of Messiah around the world celebrated the incomparable and triumphant majesty of His Resurrection. I love re-engaging each year with the glorious fulfillment of the feast of First Fruits, whereupon the Divine Son of Man disarmed, once for all, the forces of evil in heaven and earth. Oh, the display of Deity’s explosive love and power!

Today I meditate, however, on what Yeshua did in the hours immediately after He rose from the dead. Luke says He opened up the Word of God in new depths and dimensions to His followers on the Road to Emmaus. “Beginning at Moses and the prophets, He expounded to them in all the Scriptures the things concerning Himself.” (Luke 24:27) As He did, their hearts burned with the fire of His presence. Later, Yeshua appeared to His disciples and, similarly, “opened their understanding, that they might comprehend the Scriptures.” (Luke 24:45)

Yeshua’s incisive Bible studies took place during the period of time known in Israel as the “counting of the omer.” In Leviticus 23:15-16, God instructed us to “count from the day after the Sabbath [which is First Fruits/Resurrection Day] … fifty days to the day after the seventh Sabbath.” The omer, an ancient unit of dry measure, was used in this counting process, thus also tracking the grain harvest. The culmination of the early harvest, according to the Leviticus passage above, was celebrated on the seventh Sabbath. It is called the feast of Shavuot (meaning “Weeks”). Shavuot is known throughout the Christian world as Pentecost, the day of the outpouring of the Holy Spirit. Pentecost is therefore the New Covenant fulfillment of Shavuot, the watershed date of God’s harvest of the nations.

As we count the days toward Pentecost, I find I have a Spirit-sparked passion to intimately plummet new depths of Scripture. Truth is an exceedinglly prized commodity in today’s culture. I yearn to absorb the Word like never before—from my inmost being and then outwardly into my very cellular structure. Now, I also cherish—even crave—the outpouring of God’s Spirit. Yet could it be these seven weeks in which we look forward to the early harvest are intended, for a reason, to be a time of renewed focus on Scripture?

Was it mere coincidence that at this season Yeshua chose to open His Bride’s eyes to see Him in the Word as never before?Could it be that a season of realignment with the Word of Truth precedes a season of Holy Spirit outpouring—if a truly fruitful harvest is to result? In any case, why not ask the Lord during this period for a freshly anointed immersion into His Word? For whatever challenges we face, His Word transforms us into His likeness and empowers us to respond in His authority. Yeshua is the Word miraculously made flesh.

Jewish tradition holds it was on Shavuot that God gave His Word (through the law) at Mt. Sinai, thereby entering into marriage-like covenant with Israel. In this period leading up to Shavuot/Pentecost, I pray renewed passion for the covenant Word for each of you with a heart yearning to know Him more. May Yeshua join you on your personal Emmaus Road journey. May He “open your understanding” as He did for the early disciples. May our Coming Bridegroom-King reveal new realms of truth to you these seven weeks—in preparation for a harvest in which you bear much fruit that remains!

Your ticket for the: Aligning with God’s Calendar: After the Resurrection

Aligning with God’s Calendar: After the Resurrection