What in the World is God doing with Israel? 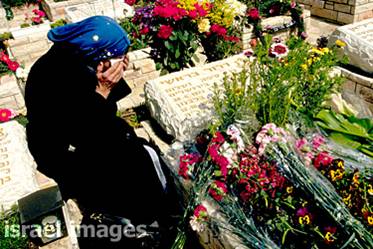 Israel is God’s flesh-and-blood, real-life prophetic message to all nations of the earth— especially to the Church. Israel cannot—indeed must not—be ignored. In this turbulent hour of terror, what in the world is God doing with her? What is He saying, and how is He calling Christians to respond?

We spend much time in Israel these days. Through the viciously endless attack on His covenant people, God is turning the hearts of His ancient covenant people back to Him. (Hosea 2:14-16) In addition, He is battling the bondage called Islam and birthing a harvest of precious Arab souls. But He is also using Israel as a testing ground, or threshing floor for the nations—and the Church.

ISRAEL: A TESTING GROUND
The little one-chapter book of Obadiah is extremely relevant today. It forewarns: “The Lord’s vengeance will soon fall upon all Gentile nations. As you have done to Israel, so will it be done to you. Your acts will boomerang upon your heads.” TLB, v.15. The prophet Obadiah highlights the important biblical principle that nations are judged according to the manner in which they treat the Jewish people. When Israel is attacked, even those who do not actively harm her, but “stand aloof” and fail to help, reap God’s judgment. The tiny Jewish State is the world’s threshing floor, where the intents of hearts are exposed. See Micah 4:11-13.

God guarantees judgment to fall on the unrepentant peoples of the earth for dividing up His land Israel, covenanted in stewardship to the Jews. This is both biblical and historical fact. See Joel 3:2; Jer. 12:14. The nations’ excuse that Israel has sinned against Him, still heard today, does not exonerate them from their misdeeds against her. Jer.50:7; Ezek.35:15. A sobering thought.

THE APPLE OF HIS EYE
Israel is (not was) the apple of God’s eye. (Zechariah 2:8) Of course the Lord adores the Church, His beloved bride. Yet there remains a place in His heart and a prophetic plan that only the Jewish people can occupy and fulfill. The Bible is replete with precious promises and prophecies that the Body of Christ shares with Israel. But there remains a literal interpretation and fulfillment of many of the Scriptures uniquely reserved for the literal Jewish nation. Through the clamor and chaos of the Middle East, God is mercifully awakening His people to this ancient truth.

THESE ARE THE DAYS OF ZECHARIAH
Current events concerning Israel resonate with Zechariah chapter 12. I believe we are experiencing the beginining of birth pangs that will culminate in the fulfillment of this profound prophecy. Therefore, I believe the ways of God disclosed in this passage are key to grasping what the Spirit is saying to the Church in this hour.

In Zechariah 12, like today, God causes the world to focus on Jerusalem. He then turns the city into something akin to a cup of poison to all those surrounding her, and a burdensome stone injuring all who try to budge her. This siege against Jerusalem is really against all Israel, with many Jewish lives lost. But the Lord rises to Israel’s defense, and strikes down those set against her. “And it will come about in that day that I will set about to destroy all nations that come against Jerusalem.” NASB, v.9.

The Spirit is mercifully speaking to the Body of Christ, calling us to arise and stand with the Jewish people despite the stance of the world. To stand with Israel is, from His perspective, to truly stand for the blessing of your own—and ultimately all—nations.

BLESSING ISRAEL
I was in Jerusalem for Passover 2002 when I met a group of Christians from Switzerland. They had come just to clean the streets of Israel and pick up her garbage–literally. They had joyfully done this for the past several years, beaming the prayers and love of Messiah wherever they went.

I believe these Swiss Christians were a prophetic picture of the Church: unconditionally, sacrificially, and obediently loving Israel. Jewish and Muslim hearts melted wherever they went. As these saints cleared paths and highways in Zion in the realm of the natural, I believe they did likewise in the supernatural. They prepared a way for the Lord’s heart to manifest His covenant-saving love to Israel. They blessed the heart of God, releasing blessing to their own nation. It could be said they prepared the way of the Lord. In this hour of testing, awesome blessing is destined to flow to those who know and walk in the way of the Lord. Let us remember the way; those who bless Israel are blessed! (Genesis 12:3)

Your ticket for the: What in the World is God doing with Israel?

What in the World is God doing with Israel?