Prophetic Perspectives and Prayer Points on News from Jerusalem – October 2, 2009 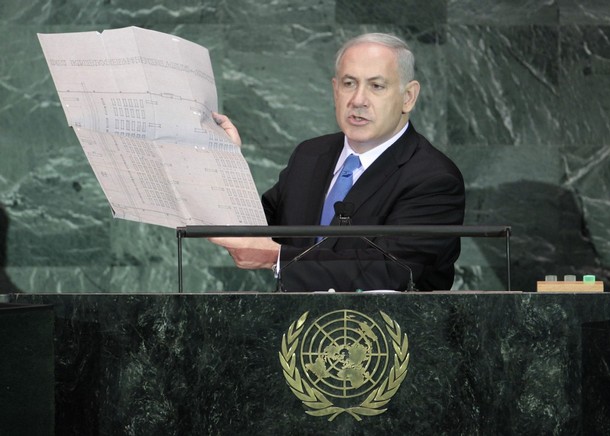 “Let God arise, let His enemies be scattered; let those who hate Him flee before Him. But let the righteous be glad; let them rejoice before God; yes, let them rejoice exceedingly.” (Psalm 68: 1, 3)

This September, the Feast of Trumpets/New Year ushered in a simultaneous acceleration of both good and evil on global levels. Most of you likely know by now of Israeli Prime Minister Benjamin Netanyahu’s historic United Nations speech during the Ten Days of Awe. We had intently prayed that God would use Netanyahu as a mouthpiece for moral clarity in the UN. This is precisely what took place as the Prime Minister boldly and prophetically summoned the nations to take a stand for truth, righteousness, and justice—even quoting Scripture. A proverbial line was drawn in the sand—and God will hold humanity accountable. That this word went forth between Rosh Hashanah and Yom Kippur could be no coincidence. Days after his speech, Netanyahu (who is not an alarmist) soberly stated the time has now come when we must learn to fight Israel’s “delegitimization” and “demonization” by the world as never before.

Also during the Days of Awe, British experts announced the finding of certain ancient Anglo-Saxon artifacts. One 7th century treasure contains a surprisingly timely inscription from Psalm 68:1. It reads, “Rise up, Lord, and may thy enemies be dispersed and those who hate thee driven from thy face.” God, in His mercy, is speaking to the nations.

PRAYER POINTS
► Pray for PM Netanyahu: protection on all levels, continued fear of the Lord and wisdom, passion for truth and righteousness, governmental unity, and personal salvation. “On that day I will make the leaders of Judah like a firepot in a woodpile, like a flaming torch among sheaves” (Zechariah 12:6).

► May the Word of the Lord continue to go forth from Zion to shine in a dark world, giving even our enemy nations the opportunity to repent (Isaiah 2:3, 1 Timothy 2:1-4).

Iran’s Nuclear Deception Exposed
For years, Israel has decried that Iran’s nuclear program was advancing at a pace denied by the rest of the world. We have prayed that Iran’s demonic cover over this fact would be exposed and brought to light. Last week, news broke that Tehran has lied about the heretofore hidden existence of at least one nuclear facility. The nation is merely months away from the ability to launch nuclear weapons. The US and other key nations are scrambling to devise sanctions to deter—or at least delay—this development. Barring divine intervention, most experts agree it is too late to effectively prevent Iran from acquiring nuclear weapons. To underscore the point, Iran proudly test-launched some of its new long-range missiles on, of all days, Yom Kippur. 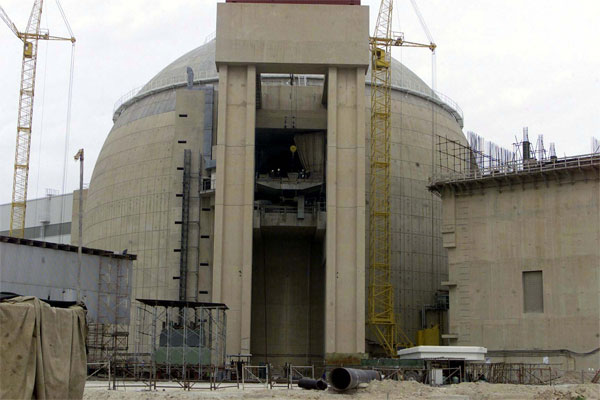 It was Iran that officially launched the Islamic Revolution in 1979, with its ultimate aim the coming of the Muslim messiah. As we continue to study end times prophecy, we see mounting evidence that the world’s anti-Christ system is likely to be Islam-oriented in nature. Deception will enshroud the earth as the spirit of Islam seductively allies with liberal Christianity and other religious faiths.

May heaven’s trumpet—like Netanyahu’s UN speech— awaken us from the humanistic slumber of appeasement that is posturing the populace for deception. It is time, as the Prime Minister echoed from the book of Joshua, for good nations to be “strong and courageous.” You and I are summoned to the same. This year we will find grace for strength and courage as never before—if we love truth—because we love the One who is the Truth.

PRAYER POINTS
► For God to expose hidden plans for evil to harm His people: “Woe to those who go to great depths to hide their plans from the Lord, who do their work in darkness and think, “Who sees us? Who will know?” (Isaiah 29:15, also Deut. 27:24 and Psalm 64:5)

► May God to arise and scatter His enemies, giving all an opportunity to repent. (Psalm 68:1)

► For God to either sovereignly crush Iran’s nuclear program or, if it is His will, for Him to supernaturally equip Israel to do so victoriously, with all glory to Him. “The horse is made ready for the day of battle, but victory rests with the Lord” (Proverbs 21:31).

► May God protect Israel from conventional and/or unconventional attack or counterattack, including biological warfare, poisonous gas, nuclear assault, terrorist rockets, contamination of water or fuel, etc. Petition heaven for supernatural Israeli army intelligence. “I am very jealous for Zion; I am burning with jealousy for her…On that day, when all the nations of the earth are gathered against her, I will make Jerusalem an immovable rock for all the nations. All who try to move it will injure themselves.” (Zechariah 8:1; 12:3). 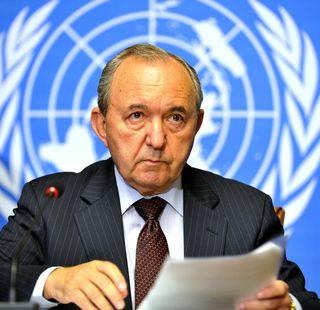 Global momentum is intensifying sharply in the UN against Israel due to the recently released Goldstone Report. This UN commissioned report charges Israel with numerous war crimes, and potential crimes against humanity, committed during Operation Cast Lead in Gaza in 2008-09. The report, named after its author who is a South African Jew, is regarded by Israel and the US as extraordinarily biased and inaccurate. (It is based almost exclusively on Palestinian testimony.) But that is not all. The report presents a clear and present danger to the entire free world because it changes the rules of traditional warfare. Had these new rules been followed in World War II, the Holocaust would have never ended.

The Goldstone Report implicitly condones terrorism as a viable military option, while potentially restricting sovereign nations’ rights to defend themselves. In his speech, Prime Minister Netanyahu presciently warned about the global harm that could result if this report is adopted at higher levels. If the Goldstone Report is officially endorsed by the UN—which appears likely— and criminal sanctions applied against Israel, a spirit of global violence and lawlessness will be released and demonically fueled at whole new levels. Due to US pressure, the UN will not decide until early next year whether to forcibly take Israel to the International Criminal Court at The Hague on this matter.

When international rules for warfare change, we can be sure we’ve engaged with new levels of spiritual warfare as well. Watch and pray—and guard your heart. Of our day, Yeshua said, “Because of the increase of wickedness, the love of most will grow cold, but he who stands firm to the end will be saved. And this gospel of the kingdom will be preached in the whole world as a testimony to all nations, and then the end will come.” (Matthew 24:12-14)

PRAYER POINTS
► Pray the love of true believers would not grow cold, but that we would stand firm to the end, preaching the gospel of the kingdom in the whole world (Matthew 24:12-14).

► We are not to try to pray away the end times, but we can pray for mercy to triumph over judgment. Ask the Spirit to awaken and turn many to truth with minimal harm and suffering.

► The demonic realm attempts to steal, kill and destroy before the appointed hour and without heaven’s permission. Agree in faith for the binding and release of Satan’s end times plans to occur only in accordance with God’s timing, in His mercy and by His sovereign will.

► Please lift up the prayer points for Israel’s protection already listed in the paragraphs above and below.

Rain and the Israeli Body of Messiah

Last month we asked you to join us in praying for the Israeli Body of Messiah in accordance with John 17:20-26. This month, we rejoice to share that on Rosh Hashanah, Messianic pastors from different cities, joined by hundreds of believers from across the country, gathered to repent and cry out for a greater move of God. This holy convocation was unprecedented in many respects. We believe it served, among other things, to release deeper levels of consecration, humility, and ultimately, salvation in Israel. At one point, just as we prayed for an outpouring of physical and spiritual rain, a cloud burst over the outdoor meeting. Desperately needed rain fell, to the crowd’s delight. Indeed, more rain fell in Israel over Rosh Hashanah than normally falls during all of September and October combined. The heavens are opening over this drought-stricken land!

► Spiritual and natural rain: “Sow for yourselves righteousness, reap the fruit of unfailing love, and break up your unplowed ground; for it is time to seek the Lord, until he comes and showers righteousness on you” (Hosea 10:12).

► As darkness increases in the world, pray the glory of the Lord would shine through us and through the international Church (Isaiah 60:1).

PRAYER POINTS
► “Pray for the peace of Jerusalem: May those who love you be secure” (Psalm 122:6).

► “My heart’s desire and prayer to God for the Israelites is that they may be saved” (Romans 10:1).

Your ticket for the: Prophetic Perspectives and Prayer Points on News from Jerusalem – October 2, 2009

Prophetic Perspectives and Prayer Points on News from Jerusalem – October 2, 2009