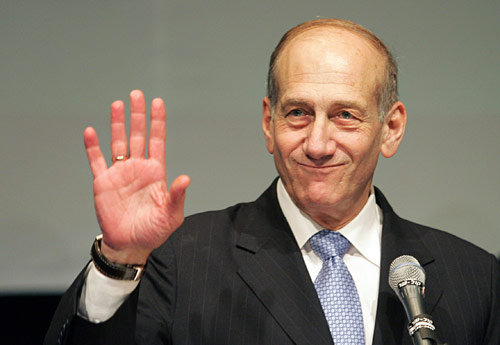 GIDEON IN THE LAND

Israeli Prime Minister Ehud Olmert announced on July 30 that he will resign from office this September. His successor will be chosen by his political party, Kadima, and will then run for Prime Minister in Israel’s next general election. (This election, not yet scheduled as of this writing, could take place as early as spring, 2009.)

Throughout his 2 ½ years in office, Prime Minister Olmert has been the subject of numerous criminal investigations. These investigations finally formed the basis for his resignation. Although much criticism has been leveled against Olmert’s policies, including his “land-for-peace” approach, the Scriptures instruct us to pray for our governmental leaders and those in authority. (1 Timothy 2:2-4, Romans 13:1) Therefore, we ask you to continue to intercede for the Olmert administration. Surrounded by unrelenting enemies, Israel needs a strong government, whatever its flaws (which only God can judge with perfect understanding). God wants us to bless—-not curse through criticism—-the Jewish nation and her leaders.

The greatest blessing to Israel and her leaders would be unconditional surrender to the leadership of God through Messiah Yeshua. Indeed, this is Israel’s ultimate destiny. Even now, the faithful remnant of believers in Israel is growing and maturing toward this end. As we pray forth this greatest blessing for Israel, the story of Gideon (Judges 6-8) is prophetically significant as a guide to intercession. It offers specific and timely points of targeted prayer focus. 1. Pray for Israel to cry out to God for help. In Judges 6, we learn that Israel did evil in the eyes of the Lord, so He gave them into the hands of their enemies. Eventually, they were forced to bunker in shelters while their land was plundered and ravaged. This situation reminds us of Israel’s collective sin today as an unregenerate nation, and of the murderous danger presented by her enemies. (verses 1-5) In Gideon’s time, the enemies of the Jews “so impoverished the Israelites that they cried out to the Lord for help.” (v. 6) Please pray for Israel today to cry out to God for help. Most Israelis are not yet turning their hearts to Him for deliverance.

2. Pray for a spirit of repentance and conviction of sin. . In response to the Israelites’ cry in the book of Judges, God raised up a prophet who pointed out their sin. (v. 7) Ask God to raise up and anoint prophetic voices today within Israel that call with conviction for our people’s repentance.

3. Pray for God to visit and raise up modern-day Gideons. God sovereignly called Gideon, a man divinely chosen to deliver Israel. The angel of the Lord (who is generally believed to be the Lord Himself) visits him and declares, “The Lord is with you, mighty warrior.” Gideon’s reply bespeaks his unbelief and hopelessness. He asks why, if God is with them, Israel has had so much trouble. He accuses God of having abandoned His people. (In so doing, he foreshadows Israel’s collective unbelief and hopelessness today.) Gideon is told to “go in the strength you have and save Israel,” for it is God who is sending him. But this is not enough; Gideon argues with the plan. He laments that he is not only from the weakest family in all Israel, but that he is the very weakest of the weak. (v. 12-15)

4. Pray for transformation of mind set. Sadly, Gideon sees himself as a victim. And sadly, many in Israel today see themselves in much the same light. Surrounded and beleaguered by enemies for her entire existence, Israel sees no nation willing to fight with her, or effectively resisting nuclear threats to destroy her. Israel is war-weary, with many supposing God has abandoned her. The once valiant warrior, it seems, is sadly succumbing to the mind set of victim. As a result, many Israelis see appeasement of their enemies as the only option left, even though it would eventually erode the Jewish sovereign state altogether. 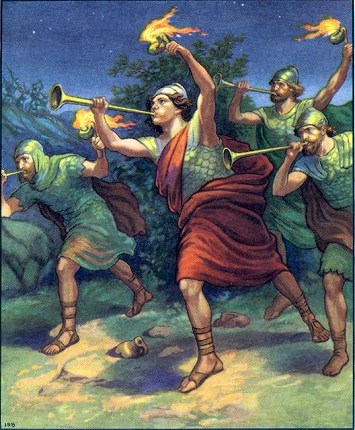 Pray that God will reveal Himself, speak powerfully and minister to many in Israel as He once did to Gideon, replacing the victim mind set with the mind set of the Victorious One. The Lord dealt with Gideon’s sense of powerlessness and defeat by appearing to him face-to-face and assuring, “I will be with you, and you will strike down all [your enemies] together.” (v.16) Still, Gideon asks God for a sign that it is really Him speaking; God is gracious and Gideon receives a sign. As a result, the man is instantly changed. He promptly obeys God’s command to tear down his family idols. Then, with his family idols destroyed, the Spirit of the Lord comes upon Gideon and anoints him for battle. (v. 17-34) Pray that God will speak to many in Israel face-to-face, transforming them from victim to valiant warrior. Gideon apparently later returned to the self-focus that chrazterizes the victim mind set. Please pray that, unlike this warrior of old, today’s Gideons will be fully transformed by the regenerating power of the indwelling Holy Spirit.

5. Intercede fervently for revival in Israel! Pray for Gideon-spirited men, women and children to step out in radical obedience, tear down idolatry, and receive the “mighty warrior” anointing for battle that relates to the end times. Petition the King for the strengthening and increase of Israeli Messianic Jewish believers.

Gideon’s army was miniscule in size; today’s Gideons will likewise be few in number. (7:2-8) Only a remnant may cry out to God, repent, and be sovereignly called and transformed. But when God fights for Israel and the sword of the Lord is wielded against His enemies, that is enough for the victory that belongs to Him. “A sword for the Lord and for Gideon!” (7:20)

Your ticket for the: Israel Prayer: Israeli Prime Minister Resigns