WHY IS ISRAEL’S GOVERNMENT SHAKING? 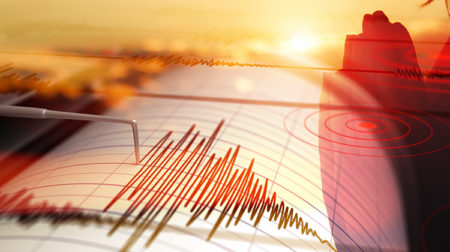 “I will once more shake the heavens and the earth, the sea and the dry land. I will shake all nations and the desired of all nations will come, and I will fill this house with glory.” (Haggai 2:6-7)

We’re getting a second chance. How will we respond? You probably know that Prime Minister Netanyahu was not able to form a coalition government this spring. A standoff occurred when the longstanding political power of ultra-Orthodox religious parties was challenged by another party in Netanyahu’s former, then re-attempted, coalition. Because no compromise was reached, another national election is scheduled for September 17. We believe the standoff is a result of God shaking, removing and lifting up heads of political “gates that the King of Glory may come in.” (Psalm 24:7-9)

For years we have prayed that our beloved and honorable prime minister would sever unholy political alliance with the ultra-Orthodox parties. Through ongoing threats and corrupt manipulations, these parties have helped keep Mr. Netanyahu in power for a decade. The increasingly violent, ultra-Orthodox wield disproportionate control throughout the land. They have institutionalized discrimination, sometimes violently, against Messianic Jews. As gate keepers of key departments of state, they have entrenched an anti-Messiah stronghold in the land. Thankfully, God is now shaking this stronghold.

Loosening of institutionalized religious control is important for the next phase of Israel’s covenant restoration. According to Scripture, our people would be restored first physically to the land, then spiritually to the Lord. (Ezekiel 36-37; see also, by implication, Matthew 23:39, Romans 11:26) God wants His people, including ultra-Orthodox zealots, set free to worship Him in Spirit and Truth.

Shortly before the national election in April, the Lord showed me (Sandy) He would give PM Netanyahu an 11th hour opportunity to politically realign his heart according to His Kingdom purposes. During the 11th hour one morning, He spoke to me from 1 Kings 11:11. In that passage, Solomon’s kingdom was taken from him because of choices he’d made contrary to God’s purposes. Solomon had been divinely anointed and appointed. During his reign, Israel experienced her peak season of peace and prosperity. To some degree, she became a light to the nations. Kings and queens of the earth came to Zion to witness God’s glory through her. (1 Kings 10:1,9) Sadly, however, over the years Solomon’s heart strayed from God. The Bible says nothing of any repentance on his behalf.

Somewhat similarly, this could be our esteemed prime minister’s 11th hour in office. Like Solomon, Netanyahu has brilliantly led Israel into a season of peace and prosperity not experienced since its inception of statehood. Could it be this season will end if our God-appointed leader does not re-align his government with God’s laws and will?

Our hearts are heavy in intercession for PM Netanyahu and our government—but our faith is strong. We believe spiritual restoration is at hand. We pray it might come the relatively easy way, through authorities operating in the fear of the Lord, rather than the hard way, through a time of great difficulty and trouble.

We are praying respectfully and circumspectly for Mr. Netanyahu. The Prime Minister believes ultra-Orthodox support is necessary to form a coalition because of his many enemies in other political parties. But the Word says, “When a man’s ways please the Lord, He makes even his enemies to be at peace with him.” (Proverbs 16:7) We believe if Mr. Netanyahu bends his knee to God, God will bend the hearts of the party leaders He wants in our next government. May he receive divine grace to humble himself before God, that He might lift him up. (James 4:10)

Although God is shaking the powers that be, the ultra-Orthodox are a strong political force in the land. Only a move of God will topple their authority. Meanwhile, there appears to be only one alternative to either a Netanyahu-led coalition, or a coalition led by his party. That alternative appears to be a liberal coalition strongly influenced by globalism. Such a government would release a level of lawlessness in the land, such as gay marriage, unprecedented in Israel’s modern history. A significant minority of Messianic Israelis support this alternative because they believe it might result in greater freedom of for our expression of faith.

Partly because of the government situation, we are consecrating a fast during the upcoming period of “Bein HaMetzarim,” or Between the Straits, from the 17th of Tammuz to the 9th of Av. (July 20-August 3). During that time the Israeli Prayer Network will hold nightly prayer meetings for our nation. Please hold the dates and consider joining us in the Spirit, from wherever you are, by praying and fasting as you are led. Details to come.

Your ticket for the: WHY IS ISRAEL’S GOVERNMENT SHAKING?

WHY IS ISRAEL’S GOVERNMENT SHAKING?