The 70 Year Shift Has Begun: Israel’s Anniversary and Doors of Opportunity for the Nations 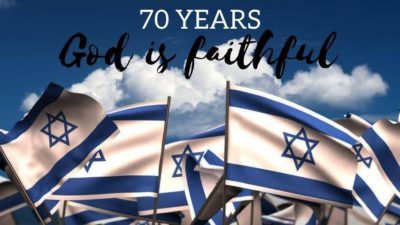 At this watershed time, and even as Iran threatens to attack Israel, supernatural shakings are loosening strongholds of anti-Semitism and could help release revival in the region.

We have been gratefully celebrating 70 years of God’s covenant restoration of Israel the past few weeks. Festivities formally began, according to the Hebrew calendar, on Iyar 5 (April 19) and continue through May 14, the Gregorian calendar anniversary. Record-breaking numbers of Christians from the nations are here to participate in the historic events.

Concurrent with Israel’s anniversary, recent and remarkable shakings strongly suggest a new era is upon her. This should come as little surprise. In the Scriptures, the number 70 often represents a major change in times and seasons. It also symbolize the span of a single human life, as well as the full number of nations. (Jeremiah 25:11-12; Daniel 9:2, 24; Genesis 10 (list or table of nations); Numbers 29:13-35 (70 bulls sacrificed for the nations); Psalm 90:10)

One remarkable shaking we see concerns the global stronghold of anti-Israel sentiment. God is graciously providing opportunities for profound change, even turnaround, between Israel and some nations. These opportunities may coincide with difficult circumstances. But as intercessors pray in the Spirit with authority, global shakings will result in more and more nations aligning with His Kingdom purposes. We believe this may well include a long desired release of revival in Israel, Iran and Palestinian territories. 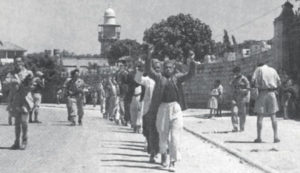 To more accurately discern what God is doing, it is important to view the present in light of Israel’s past 70 years, together with her future and biblically-based destiny.  Recall that 70 years ago, the Jewish state was mostly barren swamp, desert and waste land. Hours after her birth, the disorganized and traumatized country was cast into her life-or-death War of Independence. Thousands of immigrant Holocaust survivors arriving off boats were handed rifles and a day’s rations, and with no military training, sent to defend against Arab armies promising our quick defeat. To the world’s surprise, Israel won the war.

Long dormant promises spoken through the prophet Ezekiel were being marvelously resurrected: “Dry bones, hear the word of the Lord…I will make breath enter you and you will come to life…I will bring you back to the land of Israel…and settle you in your own land.” (Ezekiel 37: 4-5, 12, 14)

Israel’s restoration is the Lord’s doing and it is marvelous in our eyes. (Psalm 118:23) From 1948 to 2018, the tiny frontier land survived nearly 10 wars and intifadas. Miraculously, during that same time, her tents expanded as she prospered and thrived. She blessed the world with God-inspired technology and other innovative solutions to the problems of humankind. Today, Israel is recognized as a leading world power in many respects.

Against this history, consider the following current events, all transpiring between April and May, 2018:

Now, despite the unfolding of events listed above, we believe the future rests with the intercessors! (Jeremiah 18:7-10) As you read the last portion of this article, we encourage you to take a moment to be refilled with the Holy Spirit, then decree His desired fulfillment of the Scriptures noted, praying the points shared below.

1. Israel’s spiritual restoration: The latter days’ restoration of Israel foretold by Ezekiel and other biblical prophets is twofold. First there is a physical return of the Jewish people to their land. This has transpired to a large degree over the past 70 years.  Following our physical return to the land, a spiritual return to the Lord takes place. (Ezekiel 36:11, 24-28) For several reasons, we sense the time of Israel’s spiritual restoration is now at hand. While many Israelis presently fear and worship God to varying degrees, the Jewish state is not (yet) the model of righteousness He intends us to be. “O God, according to Your Word and Your set time to favor Zion, restore Israel to Yourself through the new heart covenant in Messiah. Break ancient strongholds of resistance binding or blinding your people. As you glorify Yourself in Israel, be glorified in the sight of the nations.”

2. Nations are being given gracious opportunity to align with Israel and her God. Due in part to the bold outspokenness of President Trump and his administration, evil and injustice is being exposed at global levels. This includes the nations’ past unjust treatment of Israel. Based on how governments respond to this exposure, their destiny as sheep or goat nations may be set. (Matthew 25) 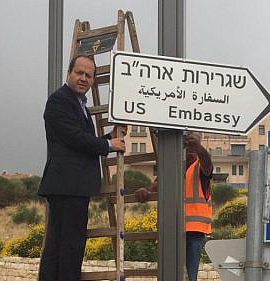 The mayor of Jerusalem posts a new street sign on May 7.

3. Already, for example, some nations are choosing to relocate their embassies to Jerusalem. This is a good step, yet only an initial one. Bear in mind that because spiritual powers are being shaken, longer term kingdom conflict could result. This may explain why President Trump still hopes to implement a peace plan dividing up Jerusalem and the rest of God’s covenant land. (https://www.jpost.com/Israel-News/Lieberman-Israel-will-pay-price-for-embassy-relocation-553591) “Father God, please continue to expose lies and reveal truth, with boldness for governments to embrace that truth, restoring righteousness and justice. Would You release grace for as many nations as possible to turn to You and align with Your covenant people. Let no peace plan dividing up Your covenant land take effect, but be used instead to further expose truth from lies.”

4. We believe God has a peace plan in mind and heart cconcerning the Palestinian-Israeli conflict—and we’re praying into it. He loves the Palestinian people no less than other people groups. If He is giving other nations an opportunity to align with Him and with Israel, would He not also graciously provide Palestinians with an opportunity as well? Is not the New Covenant sufficient for their redemption, too? Could not the Holy Spirit visit them in power, bring down the current evil and unjust leadership, free the people to worship YHVH, and quell hatred for Israel? Please pray accordingly.

In recent weeks, bizarre public statements made by PA President Abbas have shown he is sadly incapable of negotiating peace with Israel (or effectively governing his people). At the same time, continued uprisings at the Gaza border could easily bring matters there to a head. At the right time, may God put into place Palestinian leaders whose hearts He can move according to His purposes, setting their people free from tyranny and abuse. (Romans 13:1)

5. Prime Minister Netanyahu, who has in many ways served Israel extremely well, cannot serve forever. He has publicly intimated he may not seek reelection when his term expires in late 2019. (However, Israeli politics being what they are, new elections could take place anytime.) We are asking God to prepare Netanyahu’s successor, to align our government with biblical righteousness, and to install a new prime minister—in His time—who will serve His purposes.

Mr. Netanyahu has made many divinely inspired, good choices during his long term of service. Unfortunately, he has also made some choices that have significantly strengthened ultra-Orthodox Jews who are vehemently anti-Messianic. In a real sense, these individuals serve as Israel’s official gatekeepers, denying aliyah to Messianic Jews and entry into the country to some Christians. In effect, they are saying, “NOT blessed is he who comes in the name of the Lord.” We ask you to pray this will change, for the good of Israel and the nations.

6. In recent weeks, Israeli officials and analysts have admitted we are in a de facto war with Iran. Intelligence and other officials are indicating preparations are underway, on both sides, for an imminent military confrontation. We do not believe the divine time is yet for the apocalyptic battle described in Ezekiel 38-39, which strongly implicates Iran. In that passage, God Himself is clearly the One who instigates a collective assault against Israel from the north. We sense He is not inspiring a regional conflagration in this current conflict. Demonic powers, however, seek to mimic and hasten destruction. They strive continually to annihilate the Jewish people. So any potential combat with Iran is reason for fervent prayer. 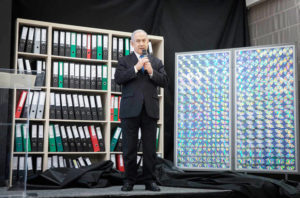 Netanyahu’s public exposure of Iran’s nuclear intentions last week was addressed as much to the nations as to Israel. This includes Iran itself, which suffered severe humiliation by the display of smuggled goods. In Islam, such extreme humiliation necessitates retaliation or revenge.

Meanwhile, internal protests against the Islamic regime, though rarely reported in the media, have gained significant momentum. Israel’s showcase of half a ton of notebooks and CD’s was likely intended, in part, to empower the growing protest movement. Rather than make all-out war with Iran, the Prime Minister would likely prefer to see the regime topple, at least partly, from within. (Beneficial perspectives on this subject can be read at https://www.jpost.com/Opinion/Where-to-for-Iran-553643;  https://www.jpost.com/Opinion/Column-One-Watching-Netanyahu-in-Tehran-553454.)

We believe God wants to set the good people of Persia/Iran free, greatly increase the spread of the Gospel in that land, and if possible, transform them into a sheep nation. To accomplish this, He could allow limited military operations between Israel and Iran to occur. According to Jeremiah 49:34-39 (which already came to one fulfillment in ancient times) and Isaiah 19, He allows and uses limited destruction to magnify Himself in Iran. Could we not pray for another merciful, at least partial fulfillment of His Word?

Bear in mind that Russia may be the power broker nation and wild card in the future of Iran and the Middle East. Pray for Russia. May God break unholy alliances between her and Iran, Syria and Turkey. 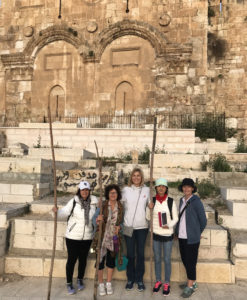 7. The quantity and quality of Christian intercession taking place in Israel at this time is staggering. Prayer groups from the nations appear to be posted all over the country, standing in the gap on our behalf. Personally, we are awestruck at how God has mobilized the international Church in the past 15 years to pray for Israel.

8. Thanks be to Him for calling faithful reinforcement troops at this watershed moment of our history! We need them (and you) to not only stand with us, but to teach and impart to us. Meanwhile, we pray and release, in Yeshua’s Name, protection, anointing, every needed resource and radical fruitfulness over you all!

9. The Israeli Messianic Jewish Body could and should serve in integral roles at this watershed interval. “Father God, would You magnify Yourself among us, overflow us with Your Spirit, purify us, raise up genuine prophetic voices from among us, and in fiery divine love, unite us. Give us grace to humble ourselves so You might mold and lift us up as a kingly servant-priesthood. May our very lives make way for Your Glory in Israel!”

Your ticket for the: The 70 Year Shift Has Begun: Israel’s Anniversary and Doors of Opportunity for the Nations

The 70 Year Shift Has Begun: Israel’s Anniversary and Doors of Opportunity for the Nations