Keys to a Purim Turnaround Victory from the Hebrew Scriptures 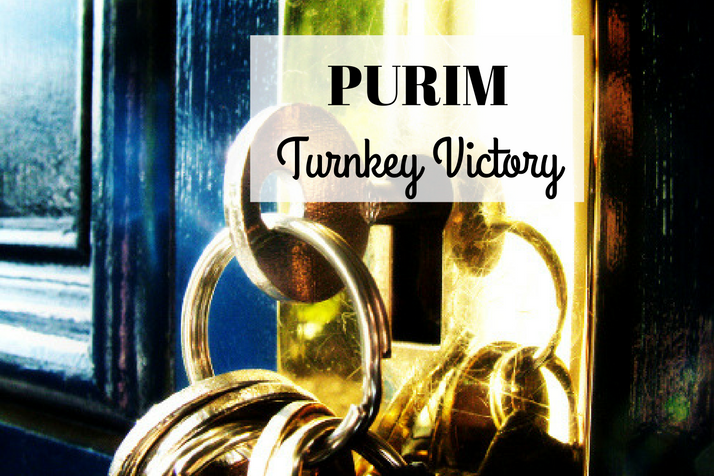 The joyful feast of Purim*, based on the book of Esther, falls this year on March 12-13. (In certain places the holiday will extend to March 14.)  Some Bible scholars believe Yeshua was in Jerusalem for the purpose of celebrating Purim when He ministered in John 5. I will not take time here to explain their reasoning or to retell the Esther story (“magillah” or scroll). Instead, I believe we are to focus, this week and next, on how four particular keys in Esther open doors to increased Kingdom authority at personal and governmental levels.

But first, allow me to share a bit of background. Several months ago, and long before Purim, I found myself immersed in the book of Esther. Our personal and ministry lives were (as you may recall) at a crossroads. I sensed Esther contained wisdom to navigate difficult circumstances that God wanted to turn around on multiple levels. And I was not disappointed! Four strategic keys to turnaround victory, amplified by other Hebrew Scriptures, were revealed to me. Since then, we’ve gratefully watched God open new doors and alter our circumstances for Kingdom victory. With Purim just over a week away, it’s now time to share or “duplicate” the keys. I believe God is dispensing grace, or sharpening these ancient keys at this hour, for Purim-like victory not only for Light of Zion but the international Body of Messiah.

The specific points revealed to us for this season were: (1) the blessing of humility; (2) the embrace of hiddenness; (3) the sustaining of spiritual strength through joy; and (4) the incomparable glory of intercession. (There are more, but these are the particular points God highlighted.)

The two heroes in the story of Esther, namely Mordecai and Esther, are models of humility. As he goes about his business, Mordecai saves the life of the king of the vast Persian Empire known as Ahasveurus, or Xerxes I. Mordecai seeks neither reward nor recognition for his deed. Eventually he is paraded around town in a delayed (and ironic) demonstration of honor. But the man takes no glory in the fact his praises are shouted in the streets of the ancient capitol city. Afterwards, he returns to going about his own (and very serious) business.

Likewise, Esther displays little to no pride in her beauty, position or even in her vindication at the end of the book. Time and again, she humbly waits on God before she acts. As a result, she is given divine strategy with which to navigate otherwise fiendishly impossible circumstances. For “with humility comes wisdom” (Proverbs 11:2). Esther, therefore, brings down ungodly government authorities and systems, replacing them with the government of God. She teaches us much about governmental intercession.

“God crowns the humble with victory.” (Psalm 149:4, NLT, NIV) And so He lifts up both Mordecai and Esther in due season beyond what they could imagine. (1 Peter 5:6, James 4:10) They possess the gates of their enemies. They teach us that the importance of humility, even as God grows us in authority, cannot be overstated. Now, humility does not imply lack of boldness or leadership. To the contrary, the humble gain honor from God. (Proverbs 29:23, 15:33). So this Purim and beyond, why not be intentional about staying low before God and man? Wait on Him and see how He lifts you up. Then, however high He takes you, go low again – sincerely. You will be positioned for endless grace! (Proverbs 3:34, James 4:6)

Your ticket for the: Keys to a Purim Turnaround Victory from the Hebrew Scriptures

Keys to a Purim Turnaround Victory from the Hebrew Scriptures