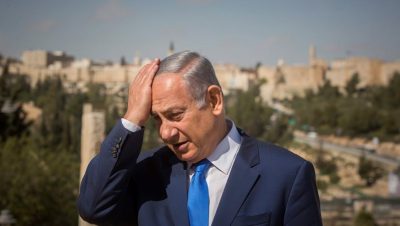 Headlines in the Israeli news this week were not about Palestinian terror, impending global or regional war, or Iranian pronouncements of destruction of the Jewish state. Instead, media and public attention focused on criminal corruption charges against Prime Minister Netanyahu, and to a lesser degree, his wife.

After years of investigation, Israeli police have recommended the attorney general indict the prime minister in two separate matters of bribery and breach of trust. One set of charges accuses him of having received personal gifts illegally. The other set alleges he struck a deal with the owner of a leading Israel newspaper to tone down its criticism of his administration in exchange for reducing the circulation of a rival newspaper.

Internal political crises and cruel media slurs have dogged Netanyahu for years. This is partly because the Israeli coalition system of government can readily lend itself to both real and “fake” (media manufactured) corruption. Recall that not too long ago, former Prime Minister Ehud Olmert and former President Katsav were both indicted, forced to leave office and sent to prison. We sensed the charges against them were in fact true and that God wanted to replace them.

With heavy hearts, we still believe that God raised up Netanyahu and placed him in office. By his leadership since 2009, Israel stands today in a better position with respect to security, international diplomacy, financial prosperity, and in some ways spiritually, than any time in its modern existence. Netanyahu respects the Hebrew Scriptures. He is the only head of state to have quoted them to the UN General Assembly in recent years. This is not to say he is without sin, has not made serious mistakes, the charges against him are totally false, or that he should stay in office indefinitely.

In today’s digital age, the media is probably as much the creator, as it is reporter, of the news. In both Israel and the US (as well as other nations), politicians and media machines are often at sharp odds. When a conservative political leader genuinely seeks his nation’s welfare first, conflict is inevitable with secular, globalist oriented, liberal media. If that leader advocates traditional Judeo-Christian values, intense spiritual warfare can result. PM Netanyahu has been forced to endure unrelenting, vicious attacks on every level against his leadership.

At the same time, the opportunity to govern should be regarded as a privilege and honor. When a leader’s term of office is prolonged, this can subtly lead to a sense of entitlement on the part of the leader. Entitlement can sometimes cause the leader to feel (s)he is above—or should be above—the law. (Proverbs 16:2) Only God knows to what extent, if any, the prime minister has succumbed to this temptation.

Only He knows the whole truth surrounding Mr. Netanyahu. It has been our prayer that God deal directly with the PM concerning any sin and the condition of his heart. I pray that any necessary chastisement would come from Him, Face to face, and not through the hands of men.  I also pray he may be able to declare honestly before God, “See how my enemies have increased and how fiercely they hate me. Guard my life and rescue me, let me not be put to shame, for I take refuge in You. May integrity and uprightness protect me because my hope is in You.” (Psalm 25:19-21)

The prime minister’s present political crisis seems far more likely than others in the past to result in criminal indictment. At this writing, we can’t know for sure if God desires his tenure to continue. Even if the PM is not indicted or is proven innocent, great damage has been sustained by his coalition government. That damage may be irreparable and cost him his position. In any case, Psalm 25:19-21 gives strategic direction for prayer. God wants Mr. Netanyahu to surrender fully to Him, that integrity might protect him. Should he soon leave office, he could still potentially serve Israel well as an elder statesman of great wisdom.

Your ticket for the: Prime Minister Netanyahu’s Threatened Removal from Office and How to Pray