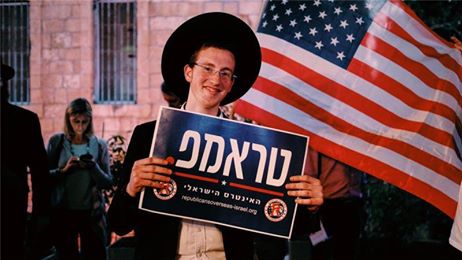 It is said that former President John F. Kennedy once asked his Israeli counterpart how he could best support the young Jewish State. The answer given him was, “Be a great American president.” So we pray:

“Father in Heaven, as Shabbat descends on Israel and America wakens to a new day, we thank you for bringing us to this season. You give and You take away governmental authority to men and women. As Donald Trump takes authority as President of the United States, may You be glorified. Gift him with the fear of the Lord, astounding wisdom, trustworthy counselors, a teachable spirit and angelic protection. Restore through him America’s Bible based heritage. Cause righteousness to again shine like the dawn across her land and beyond. From righteousness and biblical truth, reestablish liberty and biblical justice in the United States. Strengthen and enlarge the American Body of Messiah followers. Call them to persevering prayer for President Trump, that he may be a great American president. For then he will be a great friend to Israel. And then, may these two nations, each based on covenant, together further Your kingdom purposes, that Your will be done on earth as it is in heaven. In Yeshua we pray.” 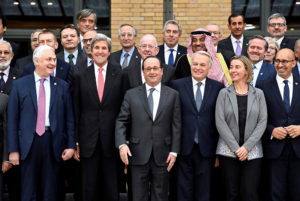 Thank you to everyone who prayed into the Paris “Peace” Conference that took place today. The document resulting from Paris is far less damaging to Israel than expected. Between the lines, it almost echoes Balaam’s “How can I curse those whom God has blessed?” (Numbers 23:20) Moreover, a storm struck Paris on the heels of the conference that took down much of the city’s power grid — a message from The Power Above? In any case, let’s keep praying! http://www.ynetnews.com/articles/0,7340,L-4907869,00.html 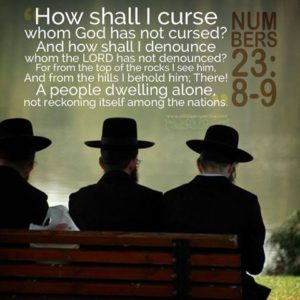 January 16, 2017: ONE MINUTE DECLARATION OVER THE UN MEETING TOMORROW (AND BEYOND)

Kings of the earth, do not plot a vain thing. Turn from senseless schemes and kiss the Son, lest He be angry with you. For He who scattered Israel is He who gathers them, to shepherd them as His flock. You ought not curse what God has blessed. (Adapted from Psalm 2 and Jeremiah 31:10-12.) 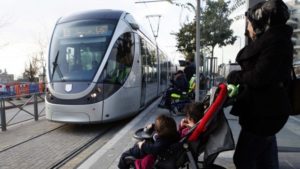 January 17, 2017: DID FRANCE REALLY RULE THAT JUDEA AND SAMARIA BELONG TO ISRAEL?

A story going viral this week among some Israel supporters is that a French court of law has ruled that Judea and Samaria legally belong to Israel. While the French ruling is correct, the story implies it could soon prove a game changer in the international arena. A  2013 article from a respected Israeli news source, however, explains why the court’s decision bears little or no relevance to the current interpretation of international law. (Traditional, customary and statutory international law always favored Israel’s right to Judea and Samaria until the era of modern lawfare.)

We praise God for His intervention in Paris last weekend and at the UN yesterday. So as we keep praying for Israel, let’s honor Him with discernment. As a former attorney, I suggest we pray for real changes in international law that will effectively make a difference. Regarding the French ruling, this is not that. “The heart of the discerning acquires knowledge.” (Proverbs 18:15a)
To learn why Israeli settlements are legal under customary and statutory international law, see Note ll (small letter LL) at http://whystillcareaboutisrael.com/endnotes.html#10

Your ticket for the: Messianic Jewish Prayer from Israel for President Trump