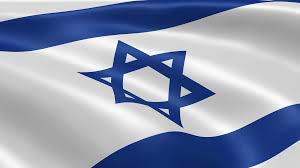 Two weeks ago I (Kerry) sent out a detailed article describing the political landscape in Israel with suggestions as to how best to pray. Since that time the deadline for submitting the list of each party’s Knesset candidates has passed. We now know who can potentially be elected to the next Knesset. As the elections grow nearer, it seemed important to provide an update so we can more effectively pray.

There will be a record total of 47 political parties in the election, although the vast majority have no realistic chance to exceed 3.25% of the popular vote, which is required to win a seat.

The final hours before the submission deadline saw significant negotiations between parties that resulted in new developments. Bear in mind that no party has come close in decades to winning the number of seats required to govern by itself. Therefore coalitions of like-minded parties must join together to be able to form a government. In reality, these voting blocs form the crux of the Israeli political/legislative system.

Netanyahu’s governments have, for the most part, consisted of blocs of right wing and religious parties. As explained in the last article, many of the right wing parties that were part of Netanyahu’s governing coalition have splintered, with many now at risk of not exceeding the minimum vote threshold. To avoid missing the threshold, parties sometimes join together and form a new party that essentially pools votes together in hopes of exceeding the threshold. They agree in advance how elected seats will be distributed.

One day prior to the submission deadline, Mr. Netanyahu orchestrated one such event; a small, but important merging of different parties. He succeeded in convincing, through strong pressure and the inducement of ministerial positions, to have Bayit Yehudi (Jewish Home) unite with Otzma Yehudit (Jewish Power) for the upcoming election so as to guarantee that Bayit Yehudi enters the Knesset and provides seats for a right-wing bloc.  Otzma Yehudit is generally regarded as an extremist sect descended from the outlawed Kach party of the late Meir Kahane. It holds positions which many regard as racist and is shunned by all but the most extreme right in Israel. The public in Israel, and even many of Netanyahu’s most ardent supporters in the US, view this potential inclusion of an openly hateful, racist party as an act of desperation at the expense of biblical standards of behavior.

Perhaps in response to these efforts by Netanyahu, two large centrist parties, Hosen L’Yisrael (Israel Resilience) and Yesh Atid (There is a Future), led by Benny Gantz and Yair Lapid respectively, merged to form a new party – Blue and White. Their agreement states that should they form a government, Gantz would be Prime Minister for two years, and then switch his position with Lapid, (who would have been the Defense Minister). Shared political power seems like a recipe fraught with problems, nevertheless, at present, this political party is polling ahead of Netanyahu’s Likud by a small to moderate amount, depending on the poll.

Even if Blue and White wins 36 seats, which is the most optimistic projection to date, they would still need 25 more seats to form a government. The problem for them is that many parties are lining up to say they will not serve in a government led by Blue and White. The electoral math does not easily add up for them, even if their party gains more votes than Netanyahu’s Likud. (In 2009, Kadima, led by Tzipi Livni, outgained Netanyahu’s Likud but still could not form a governing coalition because it could not marshal enough other parties.) The Arab parties have stated will not join them and neither will the Orthodox or the right wing parties.

Still another possibility, rather than Blue and White OR Likud, is Blue and White AND Likud, a so-called “unity government”. If Blue and White is the leading vote getter, but is unable to form a coalition from smaller parties, they could approach Likud to be a coalition partner. This interesting option could allow Likud a prominent voice in the government without the small extreme right or left parties, thereby removing the typical “blackmailing” these small parties are able to carry out. I doubt that Netanyahu would ever agree to something like this, but he could conceivably be overruled by his own party. Party loyalty to Netanyahu may not be as strong if he is not serving as Prime Minister, and such an arrangement could prove a training ground for his successor(s) within Likud.

The possibility of such a unity government forming became more likely with the announcement February 28 of a recommendation by the Attorney General of Israel to indict the Prime Minister on criminal charges in three separate cases. Even if Netanyahu does not lose much popular support due to the indictment and Likud does not lose many seats, smaller parties that previously served as coalition partners may be unwilling to enter into a Netanyahu-led coalition with a criminal trial looming. This would affect Netanyahu’s ability to pull together a coalition, while not necessarily moving popular support to Blue and White. So the only way Likud might remain a viable part of the government would be to serve as a coalition partner to Blue and White.

This is previously uncharted territory in Israel; there has never been the indictment of a sitting Prime Minister or potential future Prime Minister. Netanyahu could still head the next government, but I think it depends on how he reacts to the indictment and behaves over the next six weeks. Israelis can be forgiving. If the Prime Minister demonstrates contrition and humility, he may not lose much support. This should be a key point of prayer.

Secondly, there is outrage over Netanyahu’s introducing extremists into a potential government. Polarizing statements are being released on both sides of the political aisle. In my opinion, if Netanyahu were to carefully guard his speech, he probably would win. However, this is not the Israeli political nature.

Please join us in continuing to pray for hearts to be turned among the potential leaders and government officials. We need a government that is righteous and based upon justice according to Isaiah 9:6-7. Many important issues confront Israel in the near future. A government without God’s perspective could easily stumble over these issues and lead Israel in a direction contrary to her calling and God’s desires. May God restore our judges and counselors as in days of old, that Jerusalem would be a righteous and faithful city, and Israel a righteous people. (Isaiah 1:26-27)

Your ticket for the: AN UPDATE ON THE INCREASINGLY COMPLEX ISRAELI ELECTIONS