Meditation for Yom Kippur (and Beyond) 5783 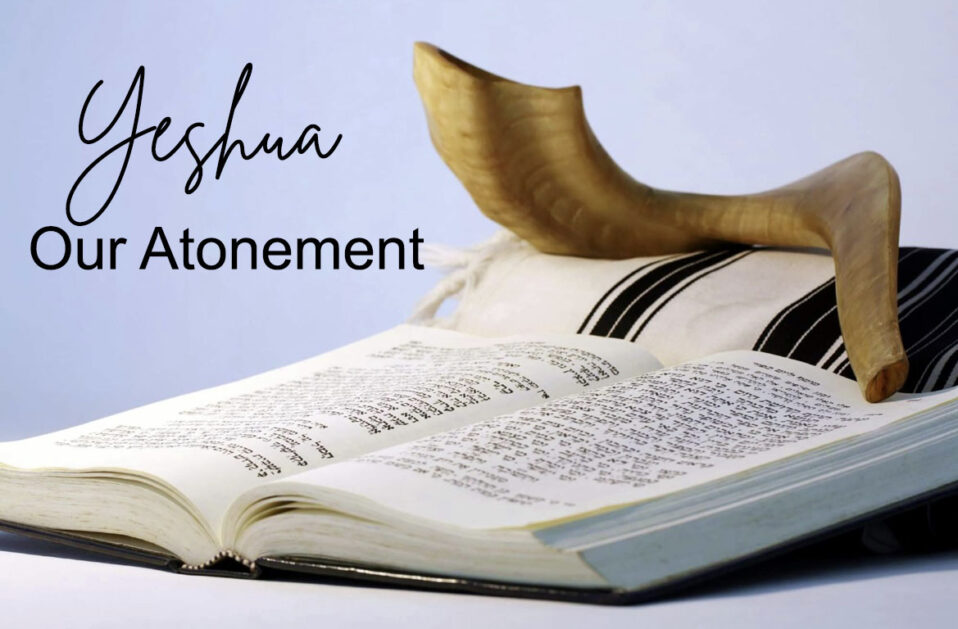 “We have been sanctified through the offering of the body
of Messiah Jesus once for all.” (Hebrews 10:10)

The Day of Atonement (Yom Kippur) falls this year on October 4-5. It is the holiest Levitical feast in the biblical calendar. Yom Kippur is the day on which Israel’s high priest made atonement for the sins of the entire nation, following specific steps outlined in Leviticus 16:1-34 and elsewhere. Prophetically, Yom Kippur foreshadows the day of Israel’s national judgment and salvation.

We have shared detailed teachings on Yom Kippur with you over many years. If you are interested to revisit them, most are available on our web site. This year, we felt to share a short Yom Kippur meditation. Since many will be fasting according to tradition on Yom Kippur, we offer it humbly as “food for thought.”

According to extrabiblical rabbinic tradition not explicitly found in Scripture, God opens His Book of Life on Yom Teruah/Rosh Hashana. In it He records the names of all those alive on earth, judges their deeds, and writes what He decides the coming year should hold for them. Most importantly, on that day He determines who will live and who will die in the year ahead.

At the same time, God is merciful. He gives His people ten more days, the Ten Days of Awe (Yamim Noraim), to ask forgiveness and repent of sin. If they do, He re-evaluates their future. Then He seals His books and the fate of humankind on Yom Kippur for another year. In ancient Israel, Yom Kippur’s ritual atonement, done properly and accepted by God, could assure His people of blessing for another year.

But Israel’s holy temple, with its high priestly functions, no longer exists. Therefore, Yom Kippur is a sober day for observant Jews. Ritual atonement according to the Tenakh (Old Covenant) is no longer made, and over this, some of our people grieve deeply. I (Sandra) used to be one of them. I know how some Jews spend Yom Kippur fasting in synagogues, hoping their prayers and good deeds will gain for them another year in God’s Book of Life. Again, I was one of them — until God graciously drew me into life in Messiah by His merciful, all powerful and incomparable atonement.

Friends, may we point out that God permitted the destruction of Jerusalem’s holy temple for a divine purpose: to draw Israel to salvation in Yeshua. The goal of the sacrificial system in Tenakh was gloriously fulfilled in Yeshua, our High Priest, who made atonement once for all humankind. He alone restores us to right relationship with our Creator King. Continuing or resuming the Mosaic system of animal sacrifice would be ineffective for the forgiveness of sins after Messiah’s death and resurrection. Even worse, it would detract from Israel’s recognition and acknowledgement of Yeshua as her Messiah and sole hope for forgiveness of sin. The entire book of Hebrews addresses this matter!

Several New Covenant passages encourage Christians to provoke Jews to jealousy for relationship with God – but only in, by and on account of, Messiah Jesus. This is to be done through prayer, sensitive sharing of the good news of salvation, and demonstrating the true character of Yeshua. In this manner, Jews who follow Him become living temples of God’s Spirit, as do Gentiles (1 Corinthians 6:19). Meanwhile, the notion of reconstructing the temple for animal sacrifice to somehow expedite Israel’s salvation is nowhere mentioned or even suggested in the New (or Old) Covenant. The New Covenant does, however, teach that encouraging others to seek salvation in a source other than Yeshua would be viewed as serious error or sin (Acts 4:12, Luke 17:1, 1 Corinthians 8:13).

We encourage you this Yom Kippur to align with God’s heart, passion and Word to pray for Israel to be saved (Romans 10:1). We say this gently but with conviction. For there is a growing movement, mostly of American Christians, very actively aiding and abetting Israel in the construction of a third temple. Some well-intentioned believers from around the world are being drawn into this movement.

We have written extensively in our books about Israel’s future, presumably third temple. We point out that in Scripture, every time a third temple is mentioned, it is in connection with the antichrist. Nothing positive or favorable is ever noted in any New (or Old) Covenant passage concerning a third temple or those who might help build it. This is in contrast to the glorious, presumably fourth, temple described in Ezekiel 40-48, Isaiah 2:1-4, Zechariah 8 and elsewhere. This fourth temple will host the presence of heaven on earth in the Messianic Age. By God’s grace, may we all be blessed to be part of it!

Just something to prayerfully ponder this Yom Kippur.

Your ticket for the: Meditation for Yom Kippur (and Beyond) 5783

Meditation for Yom Kippur (and Beyond) 5783