This Hanukkah, What Would the Maccabees Say to Us? 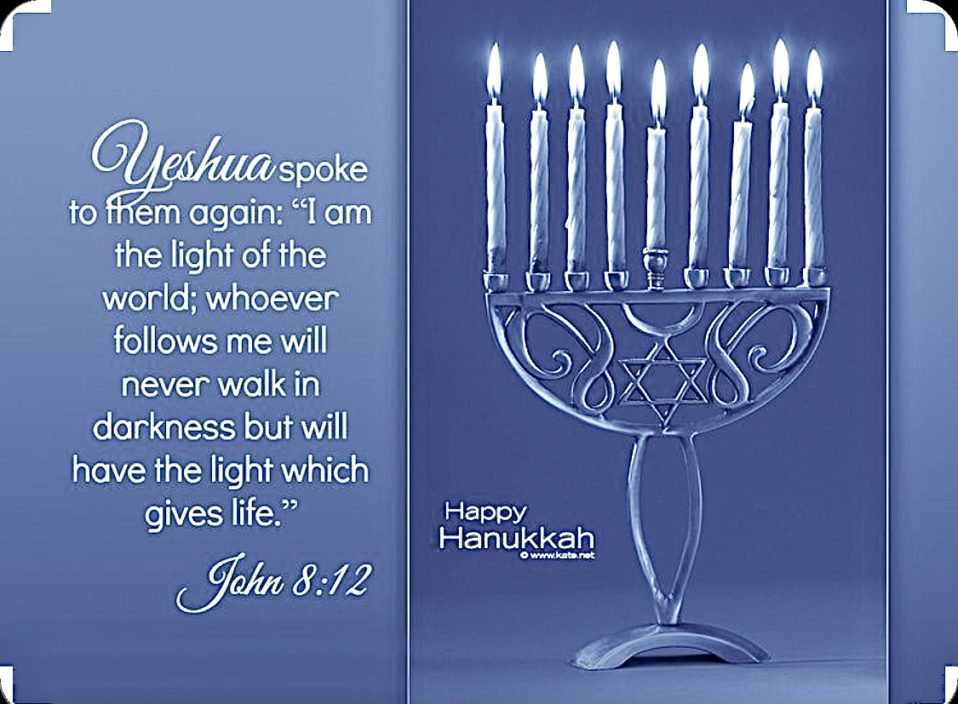 This week we welcome the radiance of Hanukkah, the Feast of Dedication described in John 10:22. Annually, Hanukkah casts its faithful glow of heaven’s life-light into our hearts. It reminds us that no darkness can or will extinguish the fire of God’s covenant love. That love burns eternally for you, His cherished son or daughter, just as it does for Israel.

The miracle of Hanukkah came about through the inspired valiance of Jewish warriors known as the Maccabees. The Maccabees were an ancient family of priests untrained for battle. They led a remnant army of Jews to miraculously defeat powerful anti-Messiah forces seeking to upend the worship of YHVH. These heroes of faith overcame wicked world systems and anti-God government strongholds of their day.*

In Yeshua, our battles are not against flesh and blood but principalities, powers and rulers of evil in heavenly realms. (Ephesians 6:12) Nevertheless, what might the Maccabees say to us about the battles we face today?

WHAT WOULD THE MACCABEES SAY TO BELIEVERS THIS HANUKKAH?

1. God’s covenant people are proactive for His purposes. The Maccabees steadfastly believed in the sovereignty of God. They trusted He was in control over their nation. But they were not resigned to passivity. They actively engaged with God–under His leadership–for the sake of His covenant purposes. They proactively repented for Israel’s compromise with the world and grievous national sin. They fasted, prayed and strategically mobilized a faithful remnant. Then they and their followers took up arms and fought.

“Arrogance and scorn have grown strong; this is a time of destruction and furious anger. Now… is the time to show zeal and … to give your lives for the covenant of our ancestors … and you will receive [from God] great honor and an everlasting name.” (1Maccabees 2:49-51)

2. Love stokes passion for courageous action. Fiery love for God and His Word–not unrighteous anger, fear driven rebellion or hate–is the anointed ammunition of victorious Kingdom warfare. The Maccabees did not stir up strife in Israel. They did not start a war out of soulish indignation or personal offense at injustice. Instead, God rallied an army to their side in response to their zealous and jealous passion for Him.

They “determined and resolved in their hearts … to die rather than to be defiled … or to profane the holy covenant; and they did die.” (I Maccabees 1:63)

“Even if all peoples follow this wicked king …I and my sons and brothers will continue to live by the covenant of our ancestors. Far be it from us to desert the holy law and ordinances.” (Mattathias Maccabee, 1 Maccabees 2:19-22)

3. Faith fuels perseverance to move mountains. The Maccabees were outlandishly outnumbered by their enemies in a dark time of history. They knew the battle could never be won by human might or military strength, but only by God’s Spirit. Whatever the outcome, they determined in advance to stay the course, even unto death.

“It is easy for many to be overcome by a few; in the sight of heaven there is no difference between deliverance by many or by few; for victory in war does not depend upon the size of the army, but on strength that comes from heaven.” (1 Maccabees 3:18-19)

4. Sovereign God redeems all things for His Kingdom purposes. The Maccabees never received a personal prophetic word from God assuring military victory, government turnaround or successful recapture of the Temple. But they clung to the words of Scripture assuring ultimate Kingdom victory. Whether or not the unrighteous government remained in power–which it did temporarily, despite their victory–they trusted YHVH’s Kingdom purposes would prevail. Which they did–and will–for eternity.

5. The traditional Hanukkah story of oil burning miraculously for 8 days in the lamp of the rededicated Temple is legendary. ** However, the Maccabees did in fact recapture, restore and rededicate the Temple. Hanukkah commemorates that rededication. Therefore, Hanukkah, which means “Feast of Dedication,” is a perfect time to rededicate your living temple (1 Cor. 6:19) to the God of miracles and blazing love-light. Then, let His holy oil (Holy Spirit) fill and refill your lamp so that even in times of darkness, you shine joyfully for Him!

*The events of Hanukkah and the Maccabees were prophesied in Daniel 11, especially verses 31-33, and should also be seen as a prophetic foreshadow of anti-Messiah forces in the end times. (Matt. 24:15 and 2 Thess. 2:3-4.)

** The 8 day oil story was not recorded until hundreds of years after the actual event. It is not found in the historical books of the Maccabees, the works of Josephus or other reliable accounts of Hanukkah. Bear in mind that to inspire Jewish adherence to the law, rabbinic authors of the Talmud and other writings admittedly created new forms of religious observance. Many modern day traditions are based on these creative expressions. Only God knows the truth about the miracle of holy oil, which He surely could have performed for His beloved people.

Your ticket for the: This Hanukkah, What Would the Maccabees Say to Us?

This Hanukkah, What Would the Maccabees Say to Us?