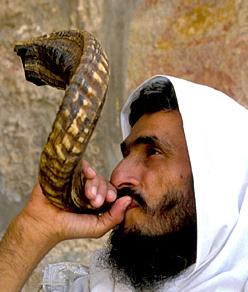 Universality of Rosh Hashanah/Feast of Trumpets

“In the beginning God created the heavens and the earth.” (Gen.1:1) Jewish tradition teaches this beginning occurred on the first day of the Hebrew month of Tishri. Rosh Hashanah, which literally means “head of the year” begins this year at sunset on September 9, and marks the beginning of the Jewish year 5779. The Jewish year begins not with the call of Abraham, nor with the call of Moses, nor even with the establishment of the Davidic monarchy, but with the creation of the universe. This is because Biblical Judaism is by its nature universal, applying to all humankind through Messiah Jesus (Yeshua).

In today’s culture, universalism is relative and ever changing. It allows for the worship of anything, denying the existence of moral absolutes. In contrast, Biblical Judaism is, at its heart, faith in the one Creator God who reveals Himself in His creation.  Both Old and New Covenants affirm the one way of truth and life—on God’s terms—through the atoning death and resurrection of Yeshua.

Rosh Hashanah deals with those terms. As such, it is a type of judgement day distinguished by reflection, prayer, and repentance. It is a solemn day that deals with the soul and future of humanity. It is the first of ten “Days of Awe,” during which observant Jews reflect upon their lives and recommit their ways to God. The tenth and last day of the Days of Awe is Yom Kippur, the Day of Atonement.

Biblically, Rosh Hashanah is known as the Feast of Trumpets (Yom Teruah). Shofars (ram’s horns) are to be sounded throughout Israel. Its piercing sound calls the people not only to repentance, but to battle, physically and spiritually. The sounds of the shofar are associated with the revelation at Sinai, calls to war, a summons to assemble, praise and worship, the coronation of a king, the ingathering of the Jewish people, an admonition against sin, Israel’s restoration, and judgement of the nations. Yom Teruah is actually not a new year at all, according to the Scriptures, but a day of sounding the shofar.

Rosh Hashanah/Feast of Trumpets demonstrates the universality of Biblical Judaism. In preparation for the judgement to come, we find God trumpeting the call to all of His children, that they might come to Him in renewed life.

Listen to shofar sounded at the Western Wall in Jerusalem on Rosh Hashanah:

Yom Kippur is observed on the 10th of Tishri, corresponding this year to September 18. It is the Day of Atonement, and the conclusion of the ten “Days of Awe.” Traditional (extra-biblical) Judaism believes that on Rosh HaShanah/Feast of Trumpets, God decides and writes in His Book of Life the names of all those who will live or die in the coming year. But not until ten days later is the book sealed shut. During these ten days, He gives us a gracious opportunity to repent and realign with Him. In Temple times, the ten days of prayer and repentance culminated with a most holy, elaborate atoning sacrifice on Yom Kippur.

On Yom Kippur, God requires the sacrifice of animals without spot or blemish. The animals are offered to God on our behalf; they receive, in our stead, the wages of sin which is death. Unlike the false gods who were “appeased” by sacrifice, the God of Israel requires the life of animals for our benefit, not His. He requires their blood in place of our own: “For the life of the flesh is in the blood; and I have given it for you upon the altar to make ‘atonement’ for your souls” (Leviticus 17:11). The innocent victim dies while we live. But again, sacrifice has no meaning for either the individual or nation unless accompanied by repentance. Conversely, repentance has no meaning except within the context of atoning sacrifice.

Some have considered Yom Kippur a commemoration of Israel’s redemption. But it is not. It was at Passover, after the sacrifice and type of covenant renewal prior to the exodus that God first called Israel His own “chosen” and “peculiar” people. (Ex. 6:7) Unfortunately, God’s people, both then and today, have failed to live according to His righteous standards, even after entering into special relationship with Him. For this reason, the days of Rosh Hashanah/Yom Teruah, representing the call to repentance, and Yom Kippur, representing forgiveness, become especially meaningful to us. As we observe these days, the Lord also reminds and encourages us to experience His forgiveness daily and in a deeper dimension. At Yom Kippur in particular, we see foreshadowed that perfect and complete sacrifice made once and for all by Yeshua. Only through His sacrifice are we continually cleansed of all sin.

Prophetically, Yom Kippur foreshadows the climax of Messiah’s redemption of the nation of Israel. When Yeshua returns, “all Israel will be saved” (Romans 11: 26). The Israelis will “look on Him, the one they have pierced, and mourn for Him as … one grieves for a firstborn son.” (Zechariah 12:10)

Sukkot or Feast of Tabernacles is the seventh feast in the Jewish calendar year. Whereas the seventh day of creation was a day of rest, the seventh Levitical feast is a feast of rest. Sukkot also occurs in the seventh month (counting from Nisan – the month of Passover) and lasts seven days (followed by a day of holy convocation). It commemorates Israel’s wandering through the desert, while living in tents, for forty years.

On the night Yom Kippur ends, the Jewish people begin the preparation for the Feast of Tabernacles, which begins five days later on the evening of September 23. “Sukkot,” Hebrew for “booths,” are still built as part of the celebration. In obedience to God’s commandments, many Jews sleep and eat inside these booths for seven days. These temporary dwellings not only serve to remind us of Israel’s desert wanderings, but further remind us that we all sojourn this earth in temporal, corruptible, tabernacles (or bodies). The rabbis, in fact, tell us that a sukkah is properly built only if the stars are visible at night through its roof, thus symbolizing our frailty and need to trust in God. The
sukkah further reminds us of God’s dealings with the patriarchs and sovereign perpetuation of His people.

The sukkah also reminds us of God’s abundant agricultural provision for His people. In ancient Israel, the Feast of Tabernacles marked the culmination of the harvest season. Grapes, olives, dates, figs and other produce were gathered into storehouses to prepare for the coming winter. The holiday of Sukkot is thus one of thanksgiving as well as one of three Biblical pilgrim feasts when all Jewish men were to appear before the Lord in Jerusalem. (Passover and Weeks are the other two.) It was while all were gathered in the temple on Sukkot that we read in John 7:37-38 “On the last and greatest day of the Feast, Jesus stood and said in a loud voice, ‘If anyone is thirsty, let him come to me and drink. Whoever believes in me, as the Scripture has said, streams of living water will flow from within him.'” Yeshua was proclaiming His Lordship.

Prophetically, Sukkot represents the establishment of God’s kingdom on earth. The Lord will come with the trumpet of Rosh Hashanah as a Man of War. He will gather His elect. He will establish His holy throne. He will cleanse His people from their sins and institute His rule on earth. The knowledge of the Lord will cover the earth as water covers the seas as He tabernacles with us (Is. 11; Hab. 2:14, Zech. 14:4, Rev 20:6). Those of us who have experienced a personal Rosh Hashanah and Yom Kippur will live under His glorious reign forever.

It is then that we as believers will be complete. “It does not yet appear what we shall be, but we know that when He shall appear, we shall be like Him; for we shall see Him as He is” (1 John 3:2). Whereas Rosh Hashanah and Yom Kippur represent our daily putting to death of the deeds of this body and living renewed and consecrated lives unto God; Sukkot represents the harvest of our new nature, one sown in corruption but raised up into an incorruptible body (1Cor. 15:42 50). Meanwhile, may you encounter the holy beauty and loving presence of the Lord as you worship Him in the season of fall feasts.

Your ticket for the: The Fall Feasts of Rosh Hashanah/Yom Teruah, Yom Kippur, and Sukkot – Introduction