What is God Saying About Israel This Year? 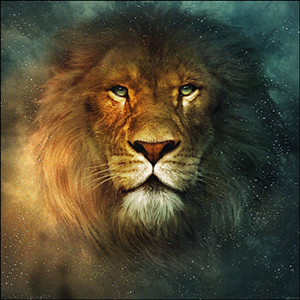 Forty years ago, under a bright sunny sky, bullets and blood spilled upon the City of the Great King in an epic battle that would alter nations’ destinies. On June 7, 1967, a brigade of Israeli paratroopers descended not far from the Mount of Olives. Dodging snipers, the soldiers forged their way through winding streets to the walls surrounding the Old City of Jerusalem, where they gained entrance through the Lion’s Gate. Advancing eastward, they swiftly reached their target at the Western Wall, the only extant remains of Israel’s Holy Temple compound.

It had been nearly 2,000 years since the Jewish nation could stake claim to this place where God had chosen to “put [His] Name forever.” (2 Chron. 33:7) Time froze for the awe-struck warriors. Official military communications record their jubilant shouts, prayers and songs, as well as piercing shofar blasts. “The Temple Mount is in our hands” proclaimed the colonel in command. God had just given Jerusalem back to the Jews. The dream of generations had seemingly materialized in one dizzying moment.

The world was stunned, as were Israel’s neighboring nations that had anticipated wiping her off the map that year. Among Bible-believing Christians, interest in end times prophecy soared. Not coincidentally, the Jesus movement – the Western world=s last revival accompanied by evangelization of multitudes of youth – exploded.

God frequently operates in 40 year time spans. In the Bible, 40 years represents a period of testing and of bringing to fullness or fruition. So in 2007, 40 years after Jerusalem’s watershed restoration, what might Sovereign Father be saying to us? Could this year signal the completion of a test period – and perhaps herald its just consequences? “For the Lord has a day of vengeance, a year of retribution, to uphold Zion’s cause.” (Isa. 34:8) Zion generally refers to Jerusalem in the Scriptures. Might God administer on earth a “year of retribution, to uphold Zion’s cause” or, according to other translations, a “year of recompences for the controversy of Zion?”

While the biblical calendar marks the new year with Passover, and suggests a civil new year at the Feast of Trumpets (Rosh HaShana), God also speaks through times and dates as we track them by the world’s present calendar systems. In that respect, it seems unavoidably noteworthy that Jerusalem was regained by the restored Jewish State on 6/7/67 in what has come to be known as the 6 Day War – a war Israel was forced to fight against neighboring Arab nations in its ongoing struggle to exist. In the Scriptures, the number 6 represents humanity, while 7 stands for fullness or completion. The Six Day War, ending on a Sabbath, the 7th day of the biblical week, connotes, therefore, the culmination of one season of God’s dealings with humanity, and the start of another. As if to punctuate matters, this present biblical year is 5767.

On June 7, 1967, God carved His Kingship over Israel and the nations back onto the very plod of earth He’d chosen to put His Name forever. Since that date, it is said more souls have been saved in Israel and the nations, and more revelation released to us, than during any other 40 year period following the close of the New Covenant. To whom much has been given, much is required. Through the ongoing birth pangs we’ll experience in 2007, God will be looking to see where His investment has borne fruit – particularly concerning the Jewish State and its capitol city.

Fruitfulness in God’s economy is love expressed through faith, and of this Israel serves as a barometer for the nations. When God works with Israel, He simultaneously tests the world. The hearts and intents of humanity are disclosed by our responses to what He does with the Jewish State. In the past 40 years, how have we responded to His kingdom purposes tied to the return of Jerusalem to Israel’s stewardship?

“O Jerusalem, Jerusalem, you who kill the prophets and stone those sent to you, how often I have longed to gather your children together, as a hen gathers her chicks under her wings, but you were not willing. … You will not see me again until you say, ‘Blessed is he who comes in the name of the Lord.'” (Mat. 23:37, 39)

Our Messiah-King’s love for the Jewish people, represented and reflected in His love for Jerusalem, never wavers – and never will. If we are truly His, with Him living in us, and us living to extend His kingdom on earth, our hearts will beat with His for His ancient covenant people. Yeshua’s unconditional love covenant with Israel is such that He binds His literal return to physically rule and reign among us to her acknowledgment of His messiahship and kingship. Jerusalem will not see Him again until she welcomes Him back. Therefore, the reestablishment of Jerusalem as the Jewish capitol of a Jewish State is essential to God’s kingdom purposes. Ultimately, from Jerusalem His greatest kingdom blessings will be unleashed across the earth.

Upon resuming stewardship over Jerusalem, Israel scarcely had time to touch the stones of the Old City when, within days, the Temple Mount was handed back to her enemies. As the prophetic Scriptures (Ezek. 36-37) foretell, God had reestablished Israel as a nation while the Jewish people remained mostly in a state of collective spiritual unbelief. In this continued unbelief on her part – as well as on the part of the nations – the miraculous victory of 1967 was followed by a 40 year long policy of appeasement called “land for peace.” Israel felt forced by the world to offer her enemies the only apparent inducement to peace she now possessed: territory within her biblically mandated boundaries, including Jerusalem, which had been restored to her in the Six Day War.

Now, four decades later, the Jewish nation is beginning to understand the folly of appeasement. Her enemies’ underlying intent is being clearly revealed. Those enemies, animated by spiritual darkness, will not be satisfied until Israel is no more, with Jerusalem ruled by a power ultimately aimed at thwarting Messiah’s return and annihilating all of Messiah’s people.

Many in the Church have come to understand the true nature of the battle for Jerusalem – but many have not. Since 1967, Zion has served as a “controversy” among not only the nations, but God’s people around the globe. At the same time, He’s lifted up prophetic voices trumpeting His heart and plans for the Jews. Seeds of truth have been sown into churches throughout the Western world and elsewhere. God has communicated clearly that He still blesses those who bless Israel and curses those who curse her. (Gen. 12:3)

While many Christians embrace God’s prophetic heart for Israel, others remain staunchly set against her. They have wrongly concluded that either she has been replaced in His plans by the Church, or all His promises to her are fulfilled in Messiah spiritually, but not literally. Others believe she serves solely as a stumbling block to world peace. This controversy will sharpen as God allows both wheat and tares, so to speak, to grow together for the sake of protecting the wheat until it can sustain the reaping of harvest. As we enter 2007, He is reminding us that wheat and tares grow together for only a season. At the end of that season, after seeds sown have borne the test of time to mature to fruition, they will be sifted. The wheat is blessed; the tares, cast aside.

This sifting will resemble Yeshua’s separation of His flock into sheep and goats. (Mat.25) Sheep who know His voice will follow the Lion of the Tribe of Judah through a Lion’s Gate, like the Israeli troops accessing Jerusalem through the Lion’s Gate 40 years ago. Those sheep participating in the battles ahead to re-take seemingly lost dreams and ancient strongholds – ultimately, Jerusalem – will step into the renewed roaring strength of the Lion.

As it is in the Church, so it will be in Israel, for the destinies of these covenant peoples will increasingly converge. Over the past 40 years, the number of Yeshua-worshiping Jews (and Arabs) in Israel has increased probably tenfold. Many battle-weary Israelis are searching their souls and softening their hearts to God. There is a cry arising among them, and an acknowledgment of dependence on Him where strongholds of pride and self-reliance once stood. The Lord will reveal Himself as the Lion of Judah to those sifted ones in Israel who remember He is their Shepherd. His roar will resound over the Land. This year, listen to what you’re hearing about Israel. Not only the roar, but rumblings, reverberations and broadcasts from the heavens and earth pertaining to Israel are to be carefully sifted and prayerfully discerned.

In 2007 we are to remember the Lord is going to administer, in justice and mercy, “recompenses for the controversy of Zion.” Recompense means payback. For the controversy of Zion that will certainly continue this year, there will be payback to all – on governmental, organizational and individual levels. This payback, “upholding Zion’s cause,” will come as restorative blessings or merciful chastisements that in turn represent collective, continued birth pangs. For the King is coming. He will roar from Zion. Pray this year for the peace of Jerusalem through the Prince of Peace; He delights to bless those who love her.

Your ticket for the: What is God Saying About Israel This Year?

What is God Saying About Israel This Year?