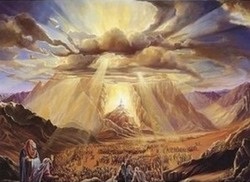 This weekend we celebrate the biblical feast of Shavuot (Weeks), gloriously fulfilled on Pentecost with the outpouring of the Holy Spirit. According to rabbinic tradition, God gave Israel the law from Sinai on Shavuot, thus birthing her as a nation. On Pentecost, He birthed One New Humanity, the international Church of Jew and Gentile. Each day marked a profound, prophetic preparation of a Bride for His Son.

Shavuot is the only feast which demands an offering be made with leaven. In the Scriptures leaven symbolizes sin, and in particular, pride. Yet Lev. 23:17 commands, “From wherever you live, bring two loaves made of flour, baked with yeast, as a wave offering of first fruits to the Lord.”

I see in the leaven-filled loaves a foreshadowing hint that after Pentecost—with faith in our resurrected Messiah and by the Holy Spirit—you and I can now come before God just as we are. The enemy/accuser tempts us to redirect our focus from His grace onto our own righteousness—or lack thereof. If we don’t resist him, we find ourselves unconsciously shrinking from God. But salvation is by grace through faith. As we have received Messiah Yeshua by grace, that is the way to continue on with Him. It is in the process of daily, humbly going to His altar—like the leaven-filled loaves—that we are purified. We humble ourselves before Him and not unlike the ancient Israelite priests, He graciously lifts us up.

Why two loaves on Shavuot? The two represent the Body of Messiah comprised of Jew and Gentile as One New Humanity. An intriguing Jewish tradition is to read the entire book of Ruth at Shavuot. Ruth foreshadows all future Gentiles who embrace and align with Israel and her God. This embracing alignment prophetically began at the Shavuot celebration recorded in the book of Acts. The event is known in the Church as Pentecost.

Joel 2:28 promises that God will pour out His Spirit on all flesh. At Pentecost, the power to fulfill this promise was graciously dispensed. This Shavuot, please pray with us for another promised outpouring: a spirit of grace and supplication for Israel to recognize her Messiah (Zechariah 12:10) and Yahweh’s sprinkling her with clean water (Ezekiel 36:24-27). And rejoice—for that too is His gracious command (Deut. 16:11)!

This month’s Time Magazine cover story featured Israeli Prime Minister Netanyahu. It refers to him more than once as “King Bibi” for avoiding a threatened ouster by the government. (Bibi is Netanyahu’s nickname.) In reality, Bibi will merely serve out his originally elected term of 5 years. This is less time than recent US Presidents Reagan or Bush served, and probably Obama. Although we personally believe God has graciously kept him in office, Bibi is definitely not thought of as a king by any Israeli we know. Sadly, Israel’s enemies are using Time’s feature story to dangerously exaggerate Zionist influence in the world, with new accusations of injustice. In some respects, the magazine does interpret Bibi accurately, but the article conveys a sarcastic, cynical and sometimes negative tone. For a summary of the article click here. Please pray for (1) Bibi to be blessed with the fear of the Lord—Israel’s only King—so he does not fall to pride; (2) God to silence the accuser and thwart demonic schemes inspired by the article; (3) Wisdom and unity in the Israeli government about Iran; (4) God’s gracious intervention in Egypt’s elections this week, in Syria’s civil war starting to spread into Lebanon and Jordan; and (5) A Pentecost-like outpouring of the Holy Spirit throughout the Middle East.