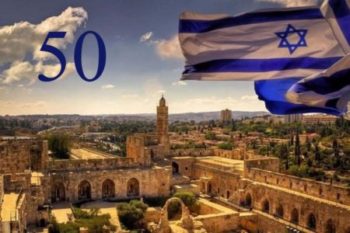 Join me in this 2 minute video on the Jubilee of Israel’s Six Day War (June 5-10, 1967). In that war, God miraculously restored biblical Judea and Samaria to the Jewish people. The Scriptures refer to Judea/Samaria as the “mountains of Israel” or “ancient heights.” Today it is called the West Bank or occupied Palestine. Prayerfully decree Ezekiel 36 with me over this disputed territory. May God’s covenant love and kingdom justice overtake the ancient heights and ALL who live there!

Jubilee Anniversary of the Six Day War and Reunified Jerusalem

Something new and strangely good is happening in Jerusalem. On a physical level, renovated, modern buildings have replaced most of the old, dilapidated structures of the British Mandate and early statehood eras. The city has developed its own architectural and urban style of ancient-sleek. Mature trees and sculpted gardens bursting with color pepper the neighborhoods. Birds sing. The Lord is building up Jerusalem (Psalm 147:2) and city is becoming physically as well as spiritually beautiful. No longer is .it the dusty desolation of millennia past—or the crumbling shantytown I encountered on my first visit 35 years ago. 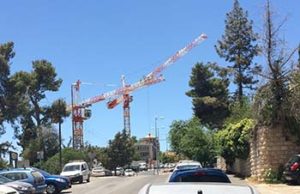 Israelis joke that their national bird is the crane. Building cranes have been part of the national landscape for 50 years.

It seems political revival is taking place as well. To be sure, the government of Israel (and Jerusalem) is far from perfect. But amazing shifts have occurred in just recent weeks. Due to inspired, high level diplomacy, more and more UN member nations from every continent are quietly shedding their anti-Israel posture. Some Scandinavian countries just announced, for example, they are withholding further funds to Palestinians until terror incitement against Israel ends. New friendships with formerly pro-Palestinian African nations are forming. This week, a major shakeup concerning Qatar reverberated across the Middle East. A handful of Arab Muslim and historically anti-Israel states is now expressing a new commonality of interest with Israel. They see the Jewish nation as neither an ally nor a friend. But for the first time, they no longer see her as a necessarily formidable foe.

These shifts could be related, in God’s economy, to a unique window of time we are presently in. 2017 celebrates the Jubilee Reunification of Jerusalem. Before the Jubilee ends in 2018, Israel will reach her 70th year as a reestablished nation. This year also marks 100 years since the issuance of the 1917 Balfour Declaration, which led to the League of Nations setting aside all of Israel, Judea, Samaria and Jordan as a Jewish National Homeland under international law. In addition, 2017 represents 120 years since the launch of the modern Zionist movement at the First International Zionist Congress in Switzerland.

In the Scriptures, each of these time periods (50, 70, 100 and 120 years) signals shifts in times and seasons. Now, God is not required to do anything based on numbers or years. But the Bible reveals that many times, He does—for reasons possibly known only to Him.

Many in Jerusalem’s prophetic community believe that during this 2017-2018 convergent period, God is not only uniquely blessing Israel, but also the Gentiles. He is blessing many nations with grace to turn from their anti-Israel, anti-Messiah posture to a position of alignment with Him and His people. YHVH wants to reap a global harvest of souls before end times battles begin, together with the outpouring of judgment. Now is a time of grace for “goat” nations to turn to “sheep” nations. (Matthew 25:31-46) 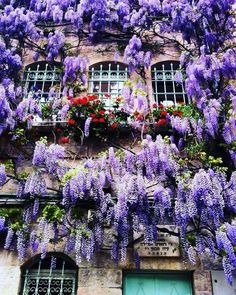 But back to Jerusalem. In describing spiritual shifts in this city, one must be less concrete and a bit intangible. Perhaps the best way to describe it is that heaven seems closer to earth than we’ve ever sensed it to be—here in Jerusalem, that is. God’s presence is stronger. Engagement and connection with Him does not face the same hard resistance it once did. Prayers are being answered!

Jerusalem is less afraid of, and offended by, Yeshua. More and more are interested in Him, even embracing Him, to varying degrees. To be sure, Jerusalem is not on the verge of revival. We do not yet see miracle signs and wonders, except occasionally. There is still unjust, even violent, discrimination at many levels against Messianic Jews. But many of us discern the spiritual climate is palpably and quickly shifting. We sense God’s glory is at hand, behind a fast thinning veil. We rejoice because our heart’s desire and prayer to God for Israel is that they be saved. (Romans 10:1) We want His Kingdom to come and His will to be done on earth as it is in heaven. Praise be to God, we’re beginning to see it! And thanks be to each of you who has joined us in prayer, friendship, or material support!

Your ticket for the: Jubilee Anniversary of Israel’s Six Day War, June 5-10, 1967 and Reunified Jerusalem