First Things: The First Jew Speaks at the New Year 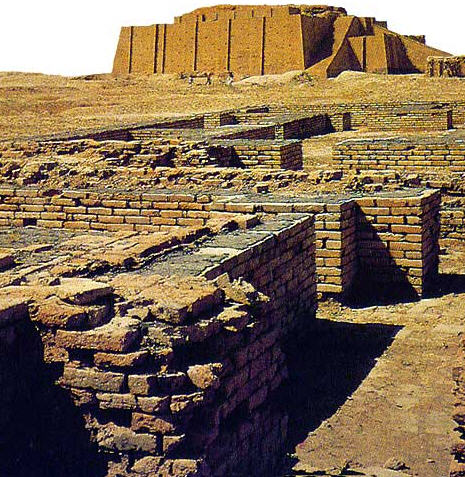 Each January 1 the world crosses a threshold in time as measured by the Gregorian calendar. Although January 1 does not represent the Bible-based new year, our loving Father will many times work within the framework of secular time. So on the first day of the first month, it seemed appropriate to me to ask if He might have a word for us through the first Jew, Abraham from Ur of the Chalices.

The key passage in Abraham’s life, the crisis point from which all else flows, is found in Genesis 12:1: “Now the Lord had said to Abram, “Get out of your country, from your family and from your father’s house, to a land that I will show you.”

Imagine the stunning impact of this directive from an unseen, heretofore unknown Voice. An executive order such as this would have run shamefully contrary to cultural traditions of the day. Did Abraham ever wonder if he’d heard right? Did Sarah?

In any case, the patriarch left home to follow the Voice. For Abraham was a Hebrew—and a “Hebrew” by its root definition is “one who crosses over.” Indeed, Abraham got out and crossed over. Not just once but many times throughout his life, the father of our faith crosses boundaries and borders of all kinds, carrying and mediating the promise of God.

Yeshua (Jesus) was not the first Jew, but He was the perfect Jew. He vindicates Abraham’s Hebrew routes when He tells us this: “If anyone comes to me and does not hate his father and mother, wife and children, brothers and sisters, yes, and his own life also, he cannot be My disciple. … So likewise, whoever of you does not forsake all that he has cannot be My disciple.” (Luke 14:26, 33) Yeshua calls us to walk with God like Abraham. He does not tell us to dishonor our parents or stop loving our families. But we’re to honor and love God more.

2011 will represent another year of testing but it will also be one of transition. In these last days God wants to show you and me a new land. To get there, however, we may need to “get out” of the past, leaving behind formerly effective behavioral and thought patterns, expectations and relationships. You may need to leave behind, metaphorically speaking, your country, family and father’s house. Allow me to share a simple personal example.

Getting out of our country, family, and father’s house became raw reality when God called us to move from California to Jerusalem two years ago (without giving the return date). Although Kerry and I are both Jewish, Israel was a foreign land to us in many respects. Until I personally heard the Voice confirming the call, I was not willing to “get out.” But as with Abraham, leaving home and, in our case, crossing an ocean was only the start of the story. 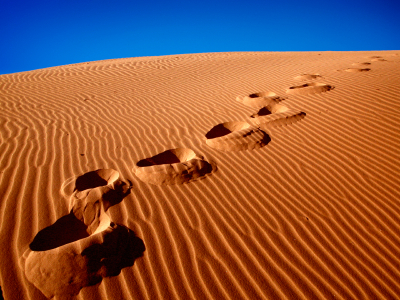 God is after more than mere outward obedience. He’s about transforming our character into the likeness of Messiah. He’s concerned primarily with the disposition of our hearts. Therefore, “getting out” physically was for me, as with Abraham, just the beginning. Once in Israel, I was surprised to discover I’d brought, in a sense, my country, family and father’s house with me.

Now, there are blessings and godly inheritances associated with our past. But there are also curses and hindrances. Fear, control, pride, jealousy—all these rose to the fore soon after we “got out.” Indeed, it was the very act of getting out that brought to the surface vestiges of my past from which God wanted to set me free. Only then could He ground me into the land which He would show me. For that land is not merely the Land of Israel (however long we’re to be here) but the metaphorical land of His eternal Kingdom.

Are you hoping for a fresh start at the onset of 2011? Has the Lord spoken to you about a new land He wants to show you? That land need not literally take the form of a new country or family. The King is concerned foundationally with the land of your heart, your character, and who you are in the Spirit. Let our forefather Abraham speak to you in his readiness to surrender, to give up that which cannot be kept for that which cannot be lost. Be blessed in the godly inheritance you’ve received from your country, family and father’s house. But like Abraham, know that if you surrender all to follow God you gain even more. Happy new year and happy landing!

Your ticket for the: First Things: The First Jew Speaks at the New Year

First Things: The First Jew Speaks at the New Year