De-Mystifying Israel’s Political System: Why early elections can be an ever-present threat 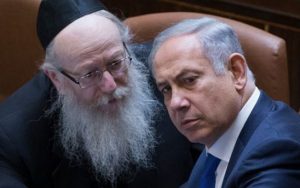 Sometime before early 2019, the Attorney General of Israel will decide whether to indict Prime Minister Benjamin Netanyahu for crimes including bribery and breach of trust. Were that to be the case, it is unlikely that he would continue as Prime Minister, and new elections would probably need to be held.

However, new elections may have to be held in the coming months even without such an indictment because of the current political crisis involving ultra-Orthodox political parties. Unresolved, this crisis will trigger the collapse of Netanyahu’s governing coalition. But even if resolved today (which it could be), Israelis live with a built-in, almost ever-present possibility that any government could collapse on fairly short notice. In fact, since 1965, Israeli elections have been held at the end of a government’s scheduled term of office only once. All others have been held prematurely, before the government’s scheduled expiration.

The Israeli political system is complex compared to other Western style democracies. Here we do not vote for our Prime Minister or President. In truth, we do not even vote directly for the 120 members of our Parliament, called the Knesset. Instead, Israelis cast a single vote for a political party.

The parliamentary electoral process is carried out through a proportional representation system. This means the number of seats a party gets in the Knesset is proportionate to the number of votes it gets nationwide. To win an initial seat, a party must garner 3.25 percent of the national vote. If it does, it may submit a list of Knesset candidates, numbered 1-30, and however many seats that party wins determines how far down its list the party may go in providing members to the Knesset.

After the elections, the President of Israel, (who himself is not elected, but rather is appointed by the previous Knesset) surveys the landscape of newly elected Knesset members from liberal to conservative. Then he determines which parties have the best chance of coming together to form a government. The President chooses as Prime Minister the candidate he believes to be most capable of forming a government. To form a government, the future Prime Minister must put together a coalition of at least 61 out of the 120 members of Knesset, or a simple majority.[1]

Since 61 seats are required to vote together for a government to be formed, all governments end up comprised of members of several different political parties. This is called its “coalition.” Unfortunately, because there are so many small, even tiny parties in Israel – which typically focus on obscure or extreme issues and represent a small fraction percentage of the populace- they are the ones who inevitably make or break a government. One example is the Green Leaf Party, whose sole platform was the legalization of marijuana. Israelis sometimes call these unlikely, tiny parties their “kingmakers”.

Before a government can be formed, coalition agreements are made and ministerial positions are promised by a potential Prime Minister through complex negotiations far from the public eye. This is why one of the ultra-Orthodox parties, Shas (“Religious Guardians”), which brings just 7 members to the coalition, is vested with control over Israel’s powerful Ministry of the Interior (MOI).The MOI determines who may enter or remain in the country and what they may or may not do. The gatekeeper of Israel, it decides who may or may not acquire or lose citizenship. Shas is vehemently, even viciously, anti-Messianic and anti-Christian. It is not representative of the general public. Yet, historically, the MOI is the favored bargaining chip of Shas. Netanyahu knows that if he ever removes the MOI from their control, they will take their 7 seats and destroy his coalition. Sadly, he has steadily increased their power in many ways over the past few years for the sake of political compromise.

Netanyahu’s coalition consists of 6 parties, giving it 66 members. However, two of these parties, Shas and United Torah Judaism (which is also extremely ultra-Orthodox) together contribute 13 members. They violently oppose military service for their own people, destroying the lives of those within their community who wish to volunteer. As we write this article, they are threatening to leave and collapse the coalition unless a law is passed to exempt religious Jews from military service. Their departure would force new elections. All other members of the coalition, as well as the overwhelming majority of Israelis, oppose such a law.

Another party in the coalition, the centrist Kulanu (“All of Us”), represents 10 seats and is headed by Finance Minister Moshe Kahlon. Kahlon has said his party will leave the government if the 2019 budget is not passed within the next few weeks, or 9 months before it is due. The ultra-religious parties, however, have said they will not vote on an early budget without assurance of their military exemption law. These types of manipulations place the Israeli government, and stability of the country, in constant jeopardy.

Current polls show that if elections were held now, Netanyahu’s Likud party would likely gain the most seats. Unless a different party can replace Shas and United Torah Judaism in a coalition, however, the political situation after an election would not differ from what it is now. The ultra-Orthodox have become Israel’s so-called kingmakers.

How shall we pray? It seems our government has functioned by the miraculous grace of God. Indeed, we pray and proclaim regularly, “The government rests on His shoulders.” (Isaiah 9:6). We also pray for a revival of the reality of Psalm 133:1 among our people: “Behold, how good and pleasant it is when brothers live together in unity.” The fact our tiny nation is comprised of almost 40 political parties – most of which could never work together — does not attest to great unity. Rather, it reminds us of that sad era in which “there was no king in Israel: every man did that which was right in his own eyes” (Judges 21:25).

We believe the collective Israeli soul groans not so much for new governors as for King Messiah, unrecognized though He may be. Therefore, our ultimate focus in prayer is Israel’s salvation. “My heart’s desire and prayer to God for Israel is that they may be saved.” (Romans 10:1). If Netanyahu’s coalition temporarily collapses and new elections are held, such a turn of events could possibly serve as an answer to that prayer.

We have cried out to God to position as the gatekeepers of Israel those who would help prepare the way of Yeshua, our coming King. We pray for gatekeepers who would welcome and not resist those who come in His name. Under the current government, except for those Christians Netanyahu has rightly stepped in to welcome, this is not the case. Yet Yeshua said we would not see Him again until Jerusalem blessed those who come in His name. May God graciously shift our government and political system to enable that day to come quickly!

[1]Today there is a unified Arab party holding 13 seats in the Knesset. This party is not expected to join any governing coalition. Therefore, a potential Prime Minister really has only 107 Knesset members from which to coalesce 61.

Your ticket for the: De-Mystifying Israel’s Political System: Why early elections can be an ever-present threat

De-Mystifying Israel’s Political System: Why early elections can be an ever-present threat