What Do Israel’s Election Results Suggest for Messianic Faith in the Land? 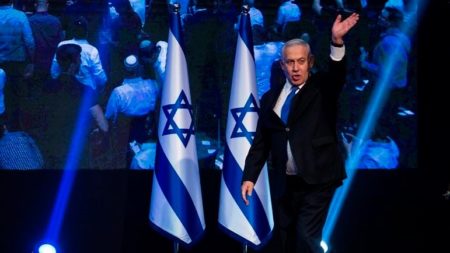 The votes are in. Israel’s second national election this year has, once again, yielded no clear winning party. But for Kingdom purposes, at least one prayed-for victory was scored: The ultra-Orthodox, anti-Messiah political stronghold in our government was, and continues to be, shaken.

The battle for genuine religious freedom in Israel is far from over. Extremist religious groups still wield considerable power. However, the political landscape resulting from this week’s vote count indicates their sphere of control will likely be reduced in any future coalition or unity government. This would mean greater freedom for the spread of the Gospel.

To briefly summarize election results, Blue and White (led by Benny Gantz) pulled in more votes than Likud, led by Netanyahu. Neither party has enough support from other, smaller parties to form a coalition easily–or at all. The parties will need to either realign or form a unity government, or both. As of now, President Rivlin could offer either Gantz or Netanyahu first opportunity to form a coalition. Pray for God’s wisdom to guide Mr. Rivlin, a God fearing man, in this critical decision. “The king’s heart is in the hand of the Lord, He directs it like a watercourse wherever He pleases.” (Proverbs 21:1)

Neither Gantz nor Netanyahu seems able to form a coalition without Avigdor Liberman of Israel Beitaynu (“Israel Our Home”). But Liberman, dubbed “kingmaker,” refuses to join a coalition with the ultra-Orthodox, especially if they control the Ministry of the Interior. It seems God has divinely hardened his forehead like flint on this issue. (Ezekiel 3:9) Please pray for Liberman to stand firm by grace according to God’s will.

Unless uncompromising individuals of certain parties are removed, as of today, a centrist oriented, unity government consisting of Likud, Blue and White, and possibly Israel Beitaynu appears the best, and perhaps only, option to form a coalition and seat a new government. Some (but not all) of the scenarios in which this might occur include:

1. Netanyahu could break his longstanding alliance with the ultra-Orthodox parties. We have prayed for this for years, but it appears unlikely. Interestingly, only he seems eager to keep the ultra-Orthodox in power.
2. Netanyahu might realize that if he does not cooperate with Blue and White, his political career will probably end, leaving him more vulnerable to criminal charges while not serving as PM.This is also unlikely given Gantz’s staunch opposition to a government in with Netanyahu in it.
3. Gantz could change his mind and agree to partner with Likud, including Netanyhu. This is not impossible because new hands are continually being dealt in efforts to create win-win options for the parties. Of course, Netanyahu’s pending indictment is one of several wild cards in the deck.
4. Likud might decide to jettison Netanyahu, realizing that hitching its political future to an indicted, unpopular candidate is worse for the party than having no place at all in a future government.

A unity government might prove the only alternative to holding a third election, which few Israelis want. At the same time, some are rightly concerned that unity governments have not worked well for Israel in the past. Interestingly, however, in the last two years the Israeli Body of believers has experienced a profound new depth and breadth of love-based unity. Could this phenomenon herald a shift in the spirit of our people? We are prayerfully proclaiming this new unity in the Body would not only grow, but extend to our nation’s next government. Please join us in declaring Psalm 133 over God’s covenant land.

Yet another concern is that a centrist (ie, more liberal) government would open floodgates to unrighteousness and perversity in the the Holy Land. Some Israeli believers feel it is better, therefore, to keep the religious stronghold in place, as a restraint against increasing evil.

To be sure, God has used the ultra-Orthodox to help stem the tide of rampant immorality in the land. But we feel it is now time for the Israeli Body–with essential support from the international Church–to assume this responsibility in both spiritual and natural realms.

Sadly, generations of Israelis, both Jews and Arabs, have perished without opportunity to hear the Gospel in its original, biblical context. Greater freedom by the government to follow Yeshua may inevitably mean greater freedom not to follow Him. God gives us free will and the opportunity to choose life, even if some sadly choose death instead. Accordingly, the Scriptures indicate that in the last days, both good and evil will exponentially increase side by side. (Mat. 13:24-30, 2 Tim. 3:1-5, Mat. 24:37-42)

Notwithstanding all the above, in the matter of Israeli politics, God could well surprise us all, for His ways are higher and better than ours! Let’s keep praising Him for His will being done here on earth in Israel, as it is in heaven.  Continue to pray with us that He will raise up Jewish and Arab lawmakers through whom He can work to achieve His purposes. Pray for the peace of Jerusalem in governmental, military, spiritual, and all other spheres of her divine covenant restoration. May His Kingdom come!

Your ticket for the: What Do Israel’s Election Results Suggest for Messianic Faith in the Land?

What Do Israel’s Election Results Suggest for Messianic Faith in the Land?