Light of Zion Moves to Israel 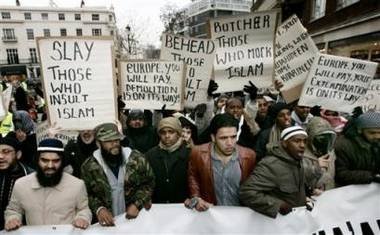 Strength and Love through Change

As many of you know, our family is moving to Israel in January. In preparation for the move, we spent most of November in Israel. I regret to say that the news from Israel is generally not too good—in a circumstantial sense and from a natural perspective. Rumors of war abound throughout the country. The scepter of the wicked looms over the Land in many respects. I have tried to summarize the facts below as best I can discern them. But the facts tell only part of the story; God’s prophetic promises, plans, and precious presence can change everything in the blink of an eye. He is always strong and loving; He is good at all times.

Especially encouraging is the dramatic declaration of faith made long ago by our dear Brother Habbakuk in the face of Israel’s invasion by her enemies. It is a word that God has enlivened to my heart personally as we navigate through this season of transition: “Though the fig trees have no blossoms, and there are no grapes on the vines; even though the olive crop fails, and the fields lie empty and barren; even though the flocks die in the fields, and the cattle barns are empty, yet I will rejoice in the Lord! I will be joyful in the God of my salvation! The Sovereign Lord is my strength! He makes me as surefooted as a deer, able to tread upon the heights.” (Habakkuk 3:17-19, NLT)

Beloved, though God’s enemies may surround us, His love never fails. Adonai hears and responds to our cries and petitions. As we pour out our hearts to Him in steadfast prayer, the joy of the Lord is our tangible—and contagious—strength. In Him we rise to new heights, even as world idols topple low. We find ourselves transformed into His end-times warrior bride. May our lives mediate to the lost the hope that does not disappoint, the hope that is Yeshua (Jesus) Himself, our coming and conquering Bridegroom King!

Nations Posture Against Israel as Never Before

The Israeli National Security Council Report stated this month that Israel may well find itself standing alone next year, without an active ally in the world, facing an Iran with enough uranium to produce a nuclear bomb. With Barak Obama as President, according to the Report, the United States may not support the Jewish State as it has done in the past 60 years. The Obama administration, intent on change, will likely take a less aggressive stance toward Iran, seeking a broad international peace deal that could backfire against Israel.

Mr. Obama has laid out as an option the further shrinking of Israel’s borders all the way back to those established in 1948. Some Israeli leaders support this idea, hoping to exchange more land (specifically, the strategic Golan Heights) for a purported peace with Syria. These leaders realize the Syrian sponsored Hezbollah terror group, against which Israel fought the Second Lebanon War in 2006, is now three times stronger and better equipped with weaponry than in 2006. These same Israeli leaders also expect to cooperate with Obama’s plan to aggressively pursue the creation of an independent Palestinian State—-which would in effect birth a terrorist nation determined to annihilate Israel. Other Israeli leaders, however, strongly denounce these strategies. (More on this momentarily.) In any case, the people of Israel are divided on issues of security. From a Messianic perspective, this is because Israel’s security is a problem that only Messiah can and will effectively, ultimately and beautifully solve.

For over 25 years, Christians have asked my opinion as to the end-times role in Scripture of the United States and its support of Israel. My answer has stayed the same over the years. As I prepare to move with my family from America to Israel, I remember the words of the 19th century French philosopher Alexis deTocqueville: “America is great because America is good.” Sadly, I believe America’s goodness is changing and will likely continue to change. America as a nation is in large part rejecting its unique Judeo-Christian heritage—which heritage served as the very basis of its blessing. As a result, the nation is losing its greatness—its moral, political, economic and social power. Ultimately, America will lack the power, if not also the will, to support Israel. As in days of old, Israel will lament, “I called to my allies but they betrayed me.” (Lamentations 1:19) But—God has a plan!

The remnant of faithful believers within America will not waiver from her alliance with His Old Covenant people. They will never cease offering love, practical aid and blessing to the Jewish people. New opportunities will open to them as never before. The diminished power of the United States as a governmental entity will result in greater power in the supernatural and natural realms for the true American Church, for those with the oil of God in their lamps. The same will be true of Jesus’ true followers in Asia, Europe, Africa, and throughout the world. Brothers and sisters, I believe that hour is nearly, or perhaps already, upon us.

The phenomenon known as “the Islamization of Europe” is well documented. European Christians now plead with Americans to take heed, lest their fate befall us as well. Large and rapidly growing Muslim populations throughout many European cities and nations have changed centuries-old values and historic political alliances. The formerly Christian continent that once supported the establishment of a Jewish State is no more. Anti-Semitic violence against European Jews continues to escalate, in part due to the recent economic meltdown, for which Jews are sometimes irrationally blamed. At the same time, murderous anti-Semitism is obviously not limited to Europe. As I write this Prayer Bulletin, for example, Islamofascists have laid siege to portions of the city of Mumbai, India. Jews were a prime target; several Israelis were ruthlessly executed.

What will be Israel’s response to the nations posturing against her as never before in her 60 year history? To some extent, that response depends on her next prime minister, elections for which will take place in February. A respected Israeli journalist writing for The Jerusalem Post states, “With Barack Obama’s victory in the US presidential race, the stakes have been raised for Israel’s February 10 general elections. … If Israel’s next prime minister intends to prevent Tehren from …destroying Israel, he or she must be prepared to stand up to America. Indeed, the greatest diplomatic challenge he or she will likely face will be standing up to a popular new President Obama, supported by [the US] Congress…” (Caroline B. Glick, November 7, 2008).

Will Israel muster the fortitude to withstand world pressure? One logical scenario, from my perspective, is this: Before long, Israel will perceive an immediate threat to her continued existence. At that point, she will conclude she has nothing to lose by a preemptive strike on Iran’s nuclear facilities. If she does not strike, she dies doomed; if she does strike, she’s still doomed—but she lives. For such an attack, she will likely be severely punished, both by Iran and by the international community. She will be despised by the nations for an act of war they wrongly regard as unjustified, evil, and disturbing to world peace. At that point, global anti-Semitism will escalate even more.

However, logic often does not prevail in the Middle East. God has His plan! He may well surprise us all in the outplay of events. In any case, His Word indicates that throughout Israel’s trials, He woos her to Himself. He simultaneously tests the hearts of individuals and nations involved. He is moving behind the scenes to bring Israel, Muslims and all nations to their knees in worship of Him alone. He is preparing for a great harvest of souls. Therefore, He desires that we petition Him to raise up righteous rulers operating in a spirit of wisdom and the fear of the Lord. (1Timothy 2:1-4)

We are encouraged that while we were in Israel, Jerusalemites elected Nir Birkat as their next mayor. Please pray for this man as he undertakes leadership of God’s key city. Mr. Birkat, a very astute and sensible businessman, has demonstrated good resistance against the rising ultra-Orthodox religious spirit in Jerusalem. This is potentially a very positive development for Messianic Jews and the spread of the Gospel. Please pray that Mayor Birkat’s heart will be malleable in the hand of the Lord. “The king’s heart is in the hand of the Lord; He directs it like a watercourse wherever He pleases.” (Proverbs 21:1, NIV)

The two main contenders for the office of Israel’s prime minister are Tzipi Livni (of the Kadima party founded by Ariel Sharon and presently led by Ehud Olmert) and Benjamin Netanyahu (of the longstanding Likud party). Mr. Netanyahu is the projected winner and candidate favored by most Israeli Jewish believers. Unlike Ms. Livni, he has a more cautious and biblical approach toward the concept of trading land-for-peace. He also embraces more traditional Zionist values, rendering him less likely to succumb to mounting international pressure toward enemy appeasement. Politically surrounding Mr. Netanyahu are the descendants of some of Israel’s most famed Zionist pioneers and leaders, such as Ze’ev Jabotinsky, Menacham Begin, and Moshe Dayan. It seems God may be mercifully raising up men who have inherited their fathers’ mantles to help steer Israel toward her prophetic destiny. Please pray with us that the candidate whose heart is most malleable to the King’s will be elected prime minister at this critical time. “When they [the Israelites] cried out to the Lord, he raised up for them a deliverer.” (Judges 3:9; see also 3:15; 10:15-16, 21) Meanwhile, please pray that current Prime Minister Olmert’s plans to implement certain policies contrary to God’s heart and plans will be thwarted.

The Israeli economy is starting to reel from the effects of the economic global meltdown. The Tel Aviv stock market crashed last month, though not to the same shattering degree as did that of the US. Israeli financial experts expect a serious recession to hit the country in early 2009.

The Gospel in the Holy Land

Despite mounting and varying levels of persecution against believers, the Gospel in Israel continues to spread, slowly but steadily. In the past several months, Israeli officials have implemented a new policy resulting in the expulsion of long-term Christian workers through nonrenewal of their visas. The current policy is likely a reaction to the increasing numbers of Israeli Jews coming to faith in Yeshua. Meanwhile, some Messianic Jews continue to live under intermittent threats of arrest, unjust lawsuits, violent assault, denial of certain rights, benefits and protections afforded other citizens, and loss of employment. Please pray for grace and strength for us to joyfully endure. Pray also for wisdom in responding to the persecution that comes to all who desire to live godly in Messiah Yeshua. (2 Timothy 3:12)

Thank you for standing with us in prayer for ever-increasing love for the lost sheep of the house of Israel. We are contending in faith for an outpouring of the Spirit in holiness, righteousness, signs and wonders, healings and miracles, and genuine gifts of prophecy, through which the gospel will dynamically spread. This is God’s heart and in His time, it must come to pass. “My heart’s desire and prayer to God for the Israelites is that they may be saved.” (Romans 10:1) “For Zion’s sake I will not keep silent, for Jerusalem’s sake I will not remain quiet, till her righteousness shines out like the dawn, her sa-vation like a blazing torch….I have posted watchmen on your walls, O Jerusalem; they will never be silent day or night. You who call on the Lord, give yourselves no rest, and give him no rest till he establishes Jerusalem and makes her the praise of the earth.” (Isaiah 62:1, 6-7)

Your ticket for the: Light of Zion Moves to Israel

Light of Zion Moves to Israel