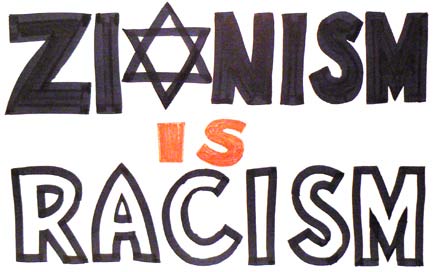 Will the message of Durban II change? April 20, 2009 marks the beginning of the United Nation’s “Durban II conference on Racism.” This event follows-up on a global conference held in Durban, South Africa in 2001 (Durban I), which was largely regarded as primarily a forum for anti-Semitic diatribes against Israel. Interestingly, this year’s conference on racism, to be held on the shores of Lake Geneva in Switzerland, begins on the birthday of Adolf Hitler (April 20). Hitler elevated the institutions of racism and anti-Semitism to levels the world had never known, resulting in six million dead Jews, and another six million dead non-Jews.

In 1938, shortly after the German invasion of Austria, there occurred a similar world conference at Evian on the French side of Lake Geneva, with the world’s “Jewish problem” center stage. At that time the nations gathered to decide how to help oppressed Jewish citizens of the growing German empire. The failure of that conference and its attendees to agree on a plan to help European Jews is generally viewed by historians as the “green light” Hitler needed for the Holocaust. As we fast forward back to 2009, we find that Durban II convenes on the eve of Holocaust Remembrance Day, which would not even exist had the world dealt benevolently or even reasonably with the Jews back at Evian. It would be appropriate for such a conference to usher in such a remembrance were its agenda to repent for anti-Semitism rather than foment it. However, the organizers of Durban II, as well as its smaller accompanying meetings, plan to once again make it a venue for venting and legitimizing anti-Israel sentiment and policy.

Ahmadinejad Presiding
The keynote speaker on opening day of the conference is Iran’s president Mahmoud Ahmadinejad who, aside from presiding over a nation where Islamic law denies basic civil liberty to over half its population (women), denies the existence of the Holocaust, calls for the destruction of Israel, and is developing nuclear technology that can be used specifically for that purpose. He is regarded by the free world as the most rogue leader of the most rogue nation on the earth. His presence on the podium of a conference condemning racism is analogous to inviting a known pedophile to address a conference on child rearing. To a clear thinker, the conference is immediately without legitimacy merely by Ahmadinejad’s opening platform.

To their credit, some nations have declined to participate in Durban II, recognizing it for the charade it is. Following Canada, who was the first to announce that it would not participate, the US, Australia, Holland, Italy, Germany and Israel all are boycotting the event because they regard it as a pretext for a forum on anti-Israelism/anti-Semitism. That the US, lead by a black president, would boycott any conference on racism, speaks loudly of the anticipated agenda.

We see in the Durban II conference an example of what David prophesied in Psalm 2:

1 Why do the nations rage, and the people plot a vain thing?
2 The kings of the earth set themselves, And the rulers take counsel together, Against the Lord and against His Anointed…

4 He who sits in the heavens shall laugh; The Lord shall hold them in derision.
5 Then He shall speak to them in His wrath, and distress them in His deep displeasure:

Today, anti-Semitism appears in many forms, with anti-Israelism or anti-Zionism parading as respectable. But branding the Jewish State as racist is nothing more than anti-Semitism cloaked in 21st century garb.

If the Bible is true (which we of course believe it is), to call Israel racist, as was done at Durban I and will be done again at Durban II, is to call God Himself racist. It is He who created the Jewish people, set them apart to be a light to the nations, and promised them a land. In fulfillment of His word, Israel was born in a day (Isaiah 66:8) sixty one years ago. Because God fulfills His promises, the nations rage and the rulers of the earth counsel together against Him. But He sits in the heavens and laughs; He will speak to them of His wrath and distress them in His deep displeasure.

Durban II’s charge against Israel is this: Because Israel aims to remain a Jewish State, it is necessarily an apartheid state that practices racism. But the fulfillment of God’s promises requires that Israel be and remain a Jewish State. (Twenty five percent of Israel’s population, by the way, is not Jewish, but Muslim, Christian, Druse, or of other ethnic descent. There is no ethnic cleansing or systematic denial of civil liberties to these citizens.) Such a charge is analogous to calling Ireland racist for aiming to be Irish, or France racist for remaining French. It is a charge raised by those who would wish to see certain minority groups—typically Islamofascists—-rise up not to gain equal treatment, but to actually overthrow governments from within.

The foundations of racist claims against Israel are rooted not in political or demographic realities, but rather in millennia-old, demonically inspired anti-Semitism coupled with mounting global anti-God forces. What we have learned is that anti-Semitism does not need a Jewish State or claims of Jewish racism to exist. It merely needs the Jewish people.

The prophet Ezekiel sees graves for the Jewish people in the nations of the world outside Israel:

‘Thus says the Lord God: “Behold, O My people, I will open your graves and cause you to come up from your graves, and bring you into the land of Israel.”‘ (Ezekiel 37:12)

In almost every nation where they have lived and prospered, the Jews have eventually been persecuted, exiled, or killed. In a sense it might be said the nations have been their graves. By this perspective, just as He promised, God has opened the nations and brought the Jewish people back to Israel. As a result, the nations rage, as they will this week in Geneva. For anti-Semitism is but one expression of the anti-Christ, anti-God spirit.

What Will Christians Do?
What will Christians do in response to this global travesty of human decency called Durban II? Is God speaking to us in the mere fact the date of the event converges with the secular date on which Hitler was born, and, by “happenstance”, the Jewish calendar date remembering his grievous, diabolical Holocaust? Surely we are summoned to prayer. The foundational importance of persevering prayer cannot be overstated. But this time, as the world tightens its collective noose around Israel and the Jews, will some of us do more than pray?

Small but faithful groups of Christian parliamentarians and intercessors from the nations are convening in Geneva this week. They are praying and protesting. Secular parliamentarians gathering there intend to publicly repent for the Holocaust and extend honor to Holocaust survivors. Praise God for those responding to the urgency of the hour. My concern is for those who do not:

“For if you remain completely silent at this time, relief and deliverance will arise for the Jews from another place, but you and your father’s house will perish. Yet who knows whether you have come to the kingdom for such a time as this?” (Esther 4:14)

May Gentile lovers of God and Israel arise to comfort Jerusalem and the Jewish people this week. Please pray for our people to know that as the nations rage, God is calling us to Himself, as our Salvation, Deliverer, and Coming King.

Your ticket for the: Holocaust Remembrance Day 2009: Eve of Durban II